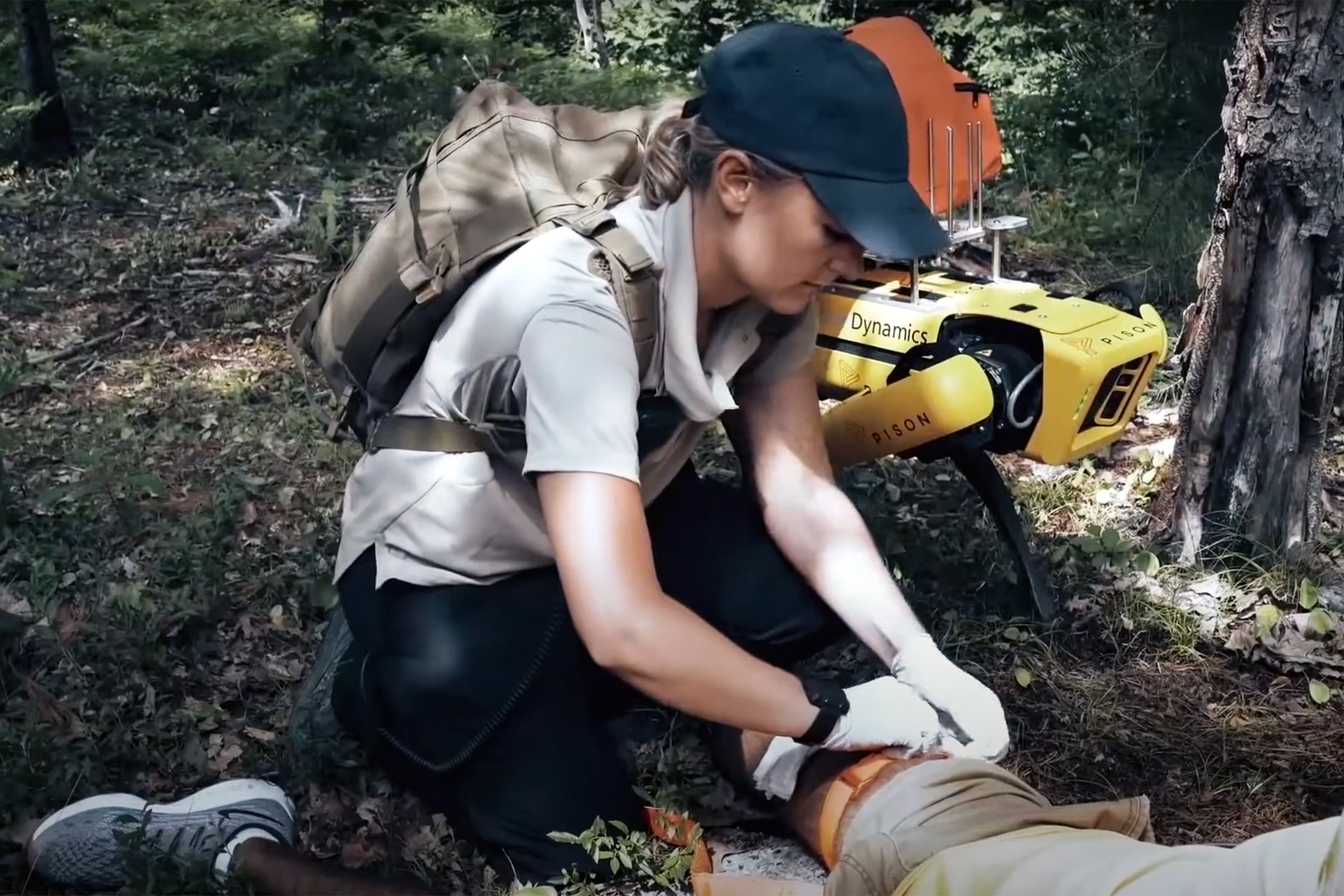 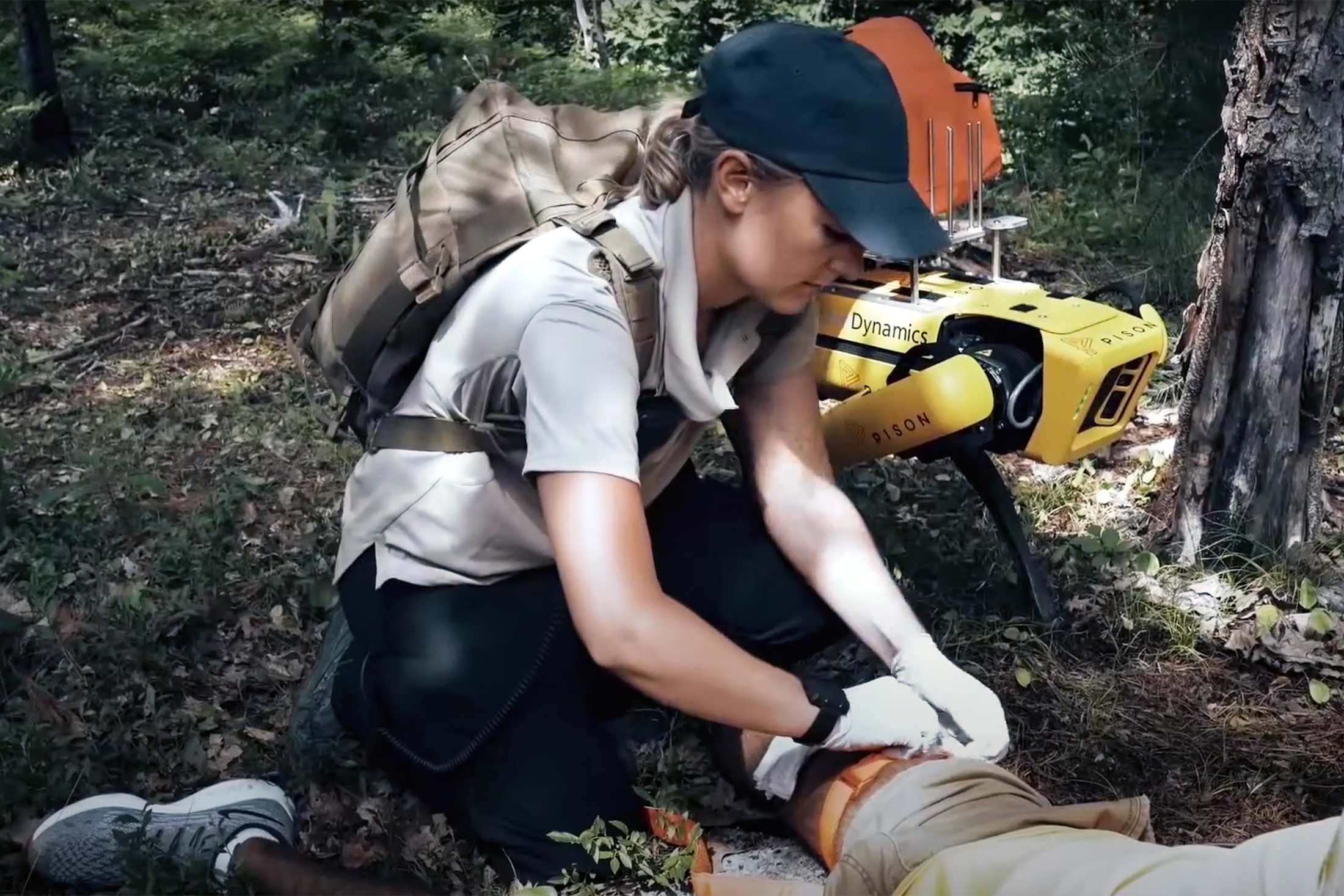 Dexter Ang ’05, AF ’16 had been working as a high-frequency trader before he learned his mother had ALS. Over the next year, he watched her slowly lose the ability to walk, feed herself, and even click a mouse to read an e-book, one of her favorite activities.

The progression was painful to watch, but what Ang couldn’t accept was that his mother’s physical condition could so negatively affect her interactions with the digital world.

“I didn’t think there needed to be that connection between physical capability and digital capability,” Ang recalls.

The idea set Ang on a mission that would change his life. Ten years after graduating from MIT with a mechanical engineering degree, he returned to the Institute to immerse himself in its work around wearable technology, securing a co-founder and a business strategy along the way. Today Ang is the CEO of Pison Technology, a startup that uses neuromuscular sensors to help people interact with digital interfaces.

Pison’s sensor sits on user’s wrist like a watch to capture tiny movements of muscles and tendons as well as electrical signals from the brain. Pison’s software processes those signals and controls the device they’re being sent to, helping users do things like interact with apps on smartphones, manipulate objects in augmented reality, and communicate with robots and machines.

Hundreds of people have used Pison’s technology through partnerships with multinational corporations including Microsoft, Samsung, Mitsubishi, and Google. Helping people with disabilities remains a focus for the company, and Pison is also working with medical organizations and nonprofits like the ALS Association.

“The implications of connecting the human body with digital systems and artificial intelligence are unimaginable,” Ang says. “We’re in the very early innings — maybe the first inning — of what neural interfaces are going to be and how they are going to transform everything in the world.”

Ang’s experience watching his mother’s decline in health brought him back to MIT through the Advanced Study Program. Ang enrolled in classes at MIT’s Sloan School of Management, the School of Engineering, and the Media Lab. One offering that particularly attracted him was an assistive technology course run by John Leonard, the Samuel C. Collins Professor of Mechanical and Ocean Engineering in the Department of Mechanical Engineering.

Ang’s mother passed away in 2015 during his first semester with ASP. He took three weeks off and finished the term. Later that year, through his fraternity, he met Pison co-founder David Cipoletta, who was working on eye tracking and robotics for people with ALS at the University of Rhode Island. After speaking with him about the potential for sensing electricity through electrodes on the skin, Cipoletta asked Ang to come to his apartment two weeks later. By then he’d built a prototype.

The founders received support from MIT’s Sandbox Innovation Fund and spent time at the Martin Trust Center for MIT Entrepreneurship under mentorship from Managing Director Bill Aulet. Ang also spent about $50,000 of his own money exploring different solutions.

“The tools that were provided to me through the MIT network, investors, and training were essential to me and to Pison early on,” Ang says.

In the years since Ang completed the Advanced Study Fellowship program in 2016, the founders have worked with a number of companies to further develop the technology.

Pison’s current sensors detect the electrical signals the brain uses to communicate with the body’s nerves, tendons, and muscles. The signals, or biopotentials, are registered on the skin of the wrist and sent to Pison’s phone app, which turns them into digital instructions. Pison’s app can interact with other apps or any other device the phone is connected with. For instance, if a user’s phone also has the Google Home app, Pison’s sensors could be used to control smart home features like lights.

As the founders built the system, they focused on creating something that worked even for ALS patients in the latest stages of the disease.

“With ALS, there’s a continual decline in physical capability,” Ang says. “It’s like trying to keep a boulder from falling down when you’re going downhill. My mindset was let’s imagine the boulder is all the way down the hill, what would still be working in that situation?”

Aiming for the bottom of the hill gave Pison a powerful technology that could be useful in a variety of applications. Adding to the system’s potential for mass adoption is its hardware, which has the look and feel of a wrist watch.

“As the technology became more universal, our ambitions matched that, and the scope of our problem set went from ALS to the problem that first Bose wanted to tackle, which is consumer electronic audio control, to now we have customers in robotics, IoT [the internet of things], and augmented reality,” Ang says.

Pison’s first commercial rollout, coming at the end of the year, will be a touchless control system for phones, which will allow users in the Air Force to do things like interact with maps and acknowledge communications. Soon after that deployment, Pison hopes to begin helping workers on factory floors improve productivity and reduce risk.

There are other players in this space — Elon Musk’s startup Neuralink being one, well-publicized example — but Ang believes Pison differentiates itself with purpose-driven software and a focus on developing end-to-end solutions for specific customer applications. To that end, Ang could see Pison developing solutions specifically for workers in industrial and construction, search and rescue operations, and as a catalyst for augmented reality advancement and adoption.

That said, the company is also eager to unleash its technology more broadly and let customers decide its use.

“We have our internal product strategy, to initially transform the way people interact with phones, and then expand into other mediums like robotics and augmented reality,” Ang says. “But we understand the data and the platform we have can be utilized in limitless ways. We’re not going to bottleneck that.”