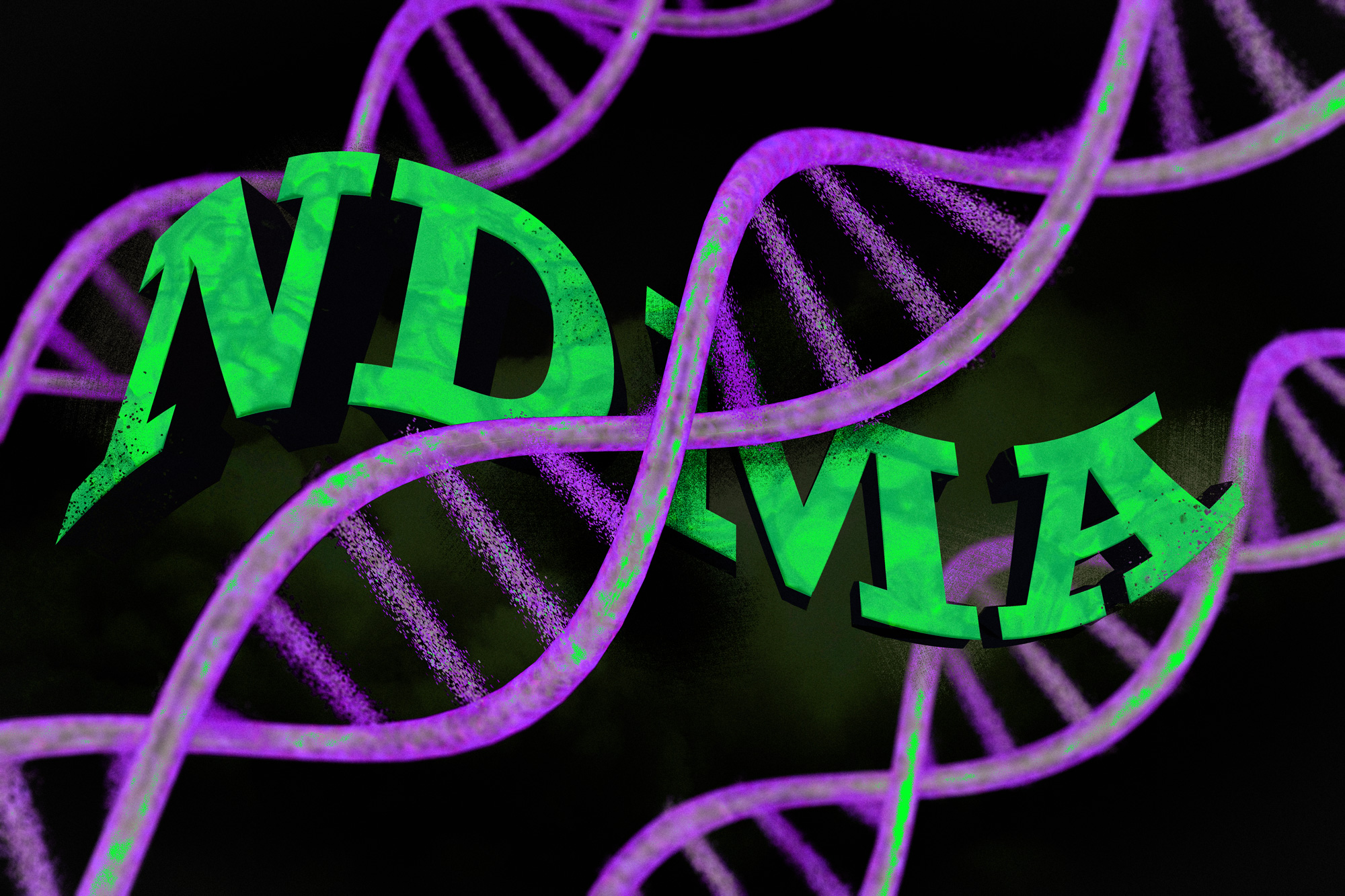 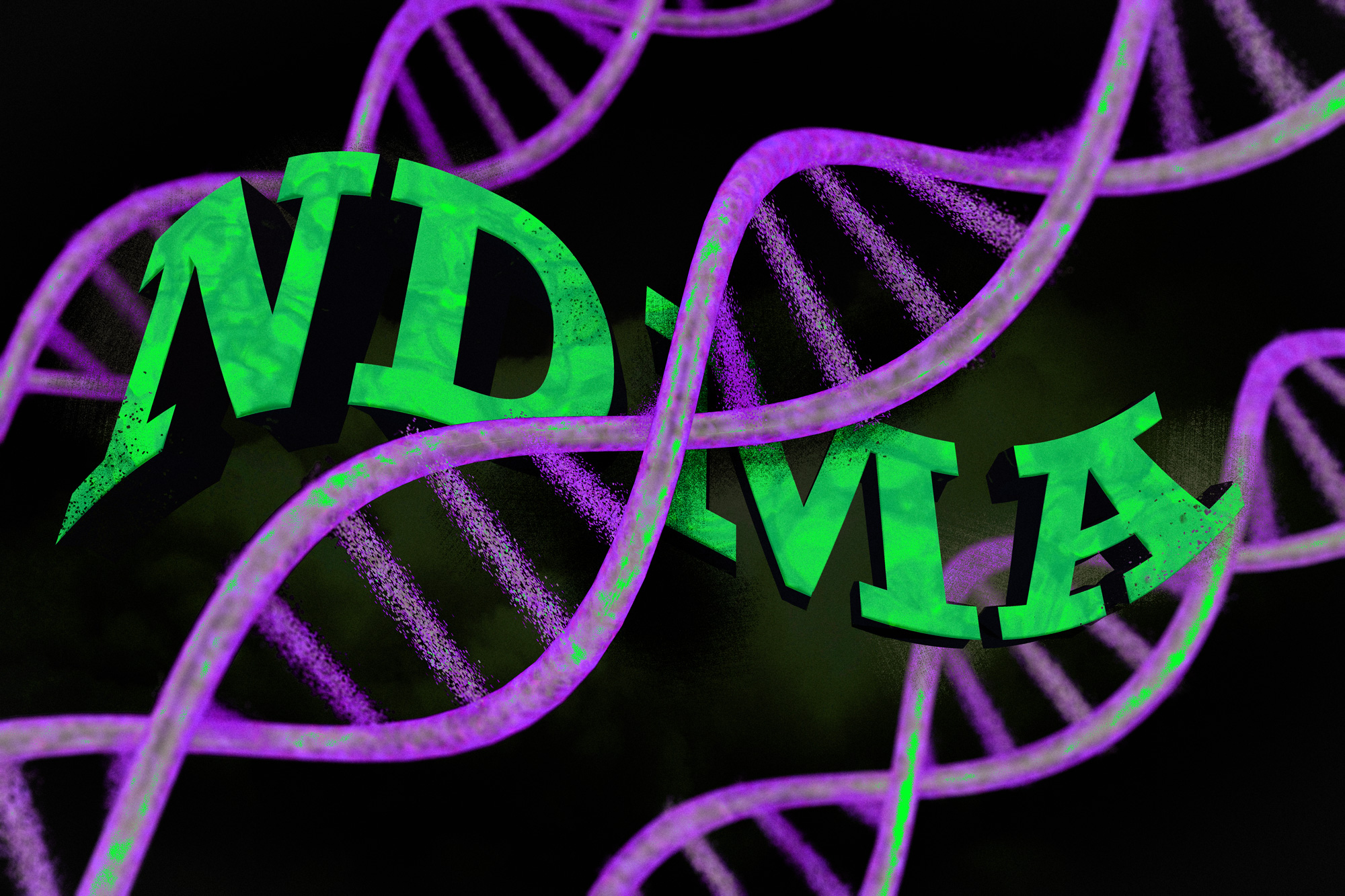 In the past few years, several medications have been found to be contaminated with NDMA, a probable carcinogen. This chemical, which has also been found at Superfund sites and in some cases has spread to drinking water supplies, causes DNA damage that can lead to cancer.

MIT researchers have now discovered a mechanism that helps explain whether this damage will lead to cancer in mice: The key is the way cellular DNA repair systems respond. The team found that too little activity of one enzyme necessary for DNA repair leads to much higher cancer rates, while too much activity can produce tissue damage, especially in the liver, which can be fatal.

Activity levels of this enzyme, called AAG, can vary greatly among different people, and measuring those levels could allow doctors to predict how people might respond to NDMA exposure, says Bevin Engelward, a professor of biological engineering at MIT and the senior author of the study. “It may be that people who are low in this enzyme are more prone to cancer from environmental exposures,” she says.

MIT postdoc Jennifer Kay is the lead author of the new study, which appears today in Cell Reports.

For several years, Engelward’s lab, in collaboration with the lab of MIT Professor Leona Samson, has been working on a research project, funded by the National Institute of Environmental Health Sciences, to study the effects of exposure to NDMA. This chemical is found in Superfund sites including the contaminated Olin Chemical site in Wilmington, Massachusetts. In the early 2000s, municipal water wells near the site had to be shut down because the groundwater was contaminated with NDMA and other hazardous chemicals.

More recently, it was discovered that several types of medicine, including Zantac and drugs used to treat type 2 diabetes and high blood pressure, had been contaminated with NDMA. This chemical causes specific types of DNA damage, one of which is a lesion of adenine, one of the bases found in DNA. These lesions are repaired by AAG, which snips out the damaged bases so that other enzymes can cleave the DNA backbone, enabling DNA polymerases to replace them with new ones.

If AAG activity is very high and the polymerases (or other downstream enzymes) can’t keep up with the repair, then the DNA may end up with too many unrepaired strand breaks, which can be fatal to the cell. However, if AAG activity is too low, damaged adenines persist and can be read incorrectly by the polymerase, causing the wrong base to be paired with it. Incorrect insertion of a new base produces a mutation, and accumulated mutations are known to cause cancer.

In the new study, the MIT team studied mice with high levels of AAG — six times the normal amount — and mice with AAG knocked out. After exposure to NDMA, the mice with no AAG had many more mutations and higher rates of cancer in the liver, where NDMA has its greatest effect. Mice with sixfold levels of AAG had fewer mutations and lower cancer rates, at first glance appearing to be beneficial. However, in those mice, the researchers found a great deal of tissue damage and cell death in the liver.

Mice with normal amounts of AAG (“wild-type” mice) showed some mutations after NDMA exposure but overall were much better protected against both cancer and liver damage.

“Nature did a really good job establishing the optimal levels of AAG, at least for our animal model,” Engelward says. “What is striking is that the levels of one gene out of 23,000 dictates disease outcome, yielding opposite effects depending on low or high expression.” If too low, there are too many mutations; if too high, there is too much cell death.

In humans, there is a great deal of variation in AAG levels between different people: Studies have found that some people can have up to 20 times more AAG activity than others. This suggests that people may respond very differently to damage caused by NDMA, Kay says. Measuring those levels could potentially allow doctors to predict how people may respond to NDMA exposure in the environment or in contaminated medicines, she says.

The researchers next plan to study the effects of chronic, low-level exposure to NDMA in mice, which they hope will shed light on how such exposures might affect humans. “That’s one of the top priorities for us, to figure out what happens in a real world, everyday exposure scenario,” Kay says.

Another population for which measuring AAG levels could be useful is cancer patients who take temozolomide, a chemotherapy drug that causes the same kind of DNA damage as NDMA. It’s possible that people with high levels of AAG could experience more severe toxic side effects from taking the drug, while people with lower levels of AAG could be susceptible to mutations that might lead to a recurrence of cancer later in life, Kay says, adding that more studies are needed to investigate these potential outcomes.

Other authors of the paper include Joshua Corrigan, an MIT technical associate, who is second author; Amanda Armijo, an MIT postdoc; Ilana Nazari, an MIT undergraduate; Ishwar Kohale, an MIT graduate student; Robert Croy, an MIT research scientist; Sebastian Carrasco, an MIT comparative pathologist; Dushan Wadduwage, a fellow at the Center for Advanced Imaging at Harvard University; Dorothea Torous, Svetlana Avlasevich, and Stephen Dertinger of Litron Laboratories; Forest White, an MIT professor of biological engineering; John Essigmann, a professor of chemistry and biological engineering at MIT; and Samson, a professor emerita of biology and biological engineering at MIT.