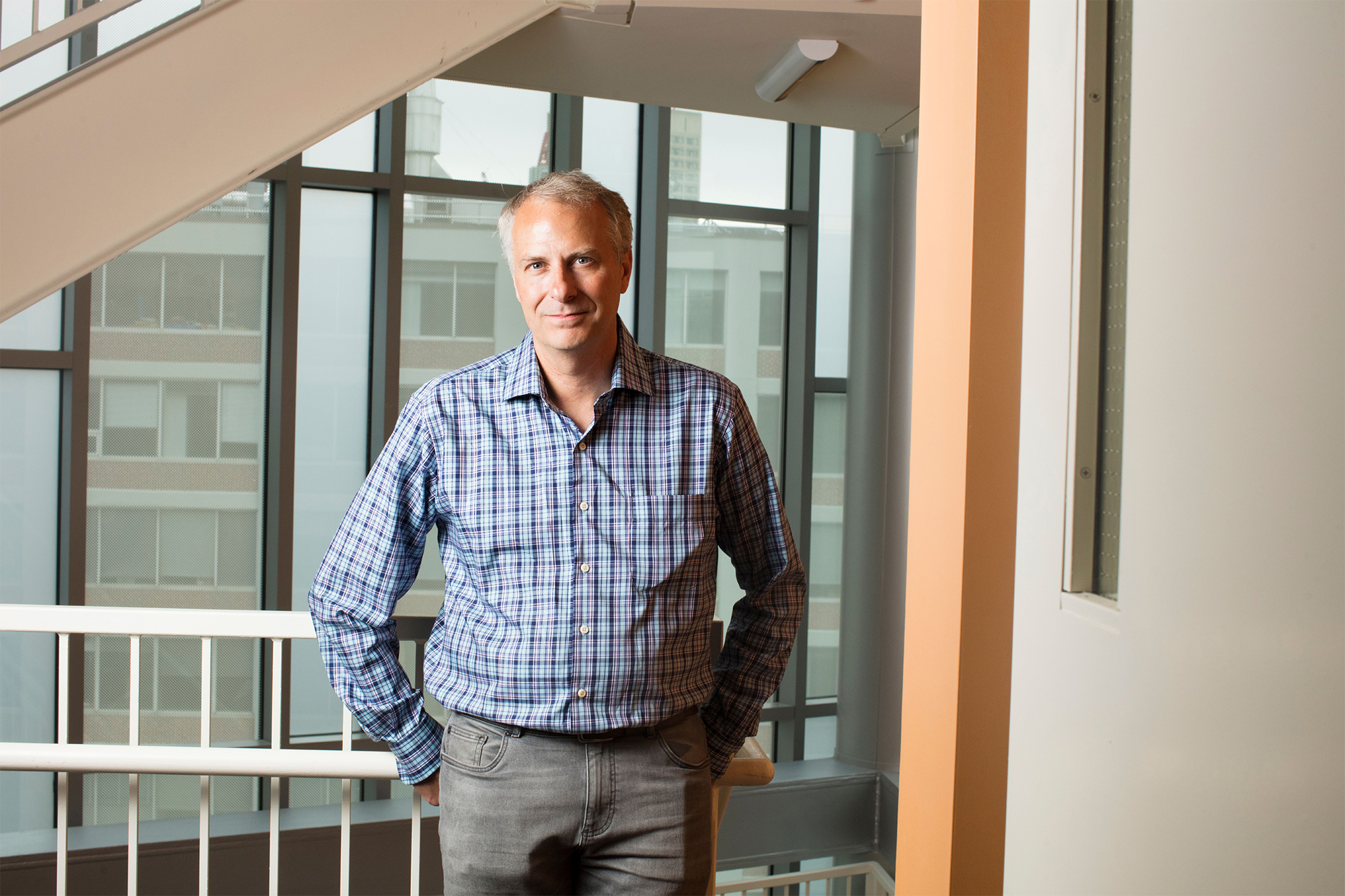 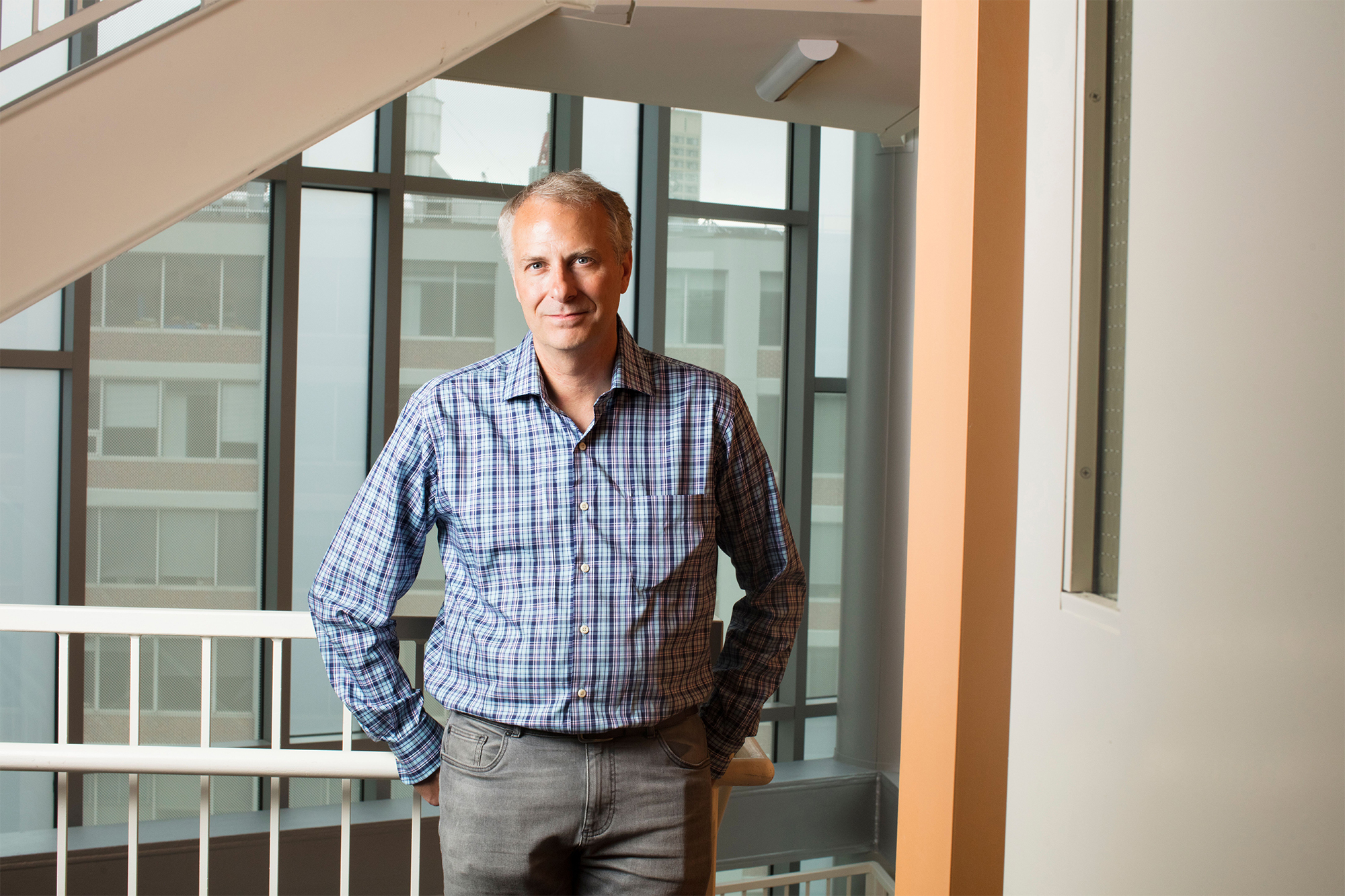 Matthew Vander Heiden, an MIT professor of biology and a pioneer in the field of cancer cell metabolism, has been named the next director of MIT’s Koch Institute for Integrative Cancer Research, effective April 1.

Vander Heiden will succeed Tyler Jacks, who has served as director for more than 19 years, first for the MIT Center for Cancer Research and then for its successor, the Koch Institute.

“Matt Vander Heiden has been a part of the Koch Institute almost from the beginning,” says MIT President L. Rafael Reif. “He knows firsthand that incredible discoveries emerge when scientists and engineers come together, in one space, to collaborate and learn from each other. We are thrilled that he will be carrying forward the institute’s groundbreaking work at the frontiers of cancer research.”

The MIT Center for Cancer Research (CCR) was founded by Nobel laureate Salvador Luria in 1974, shortly after the federal government declared a “war on cancer,” with the mission of unravelling the molecular basis of cancer. Working alongside colleagues such as Associate Director Jacqueline Lees, Jacks oversaw the evolution of the CCR into the Koch Institute in 2007, as well as the construction of the institute’s new home in Building 76, completed in 2010.

“I’m very grateful for all of the wonderful things that Tyler’s leadership has led to, because I think this really positions us to build on all of those successes and move forward to do more amazing things over the next decade,” Vander Heiden says.

Vander Heiden, who became a member of the Koch Institute in 2010 and has served as an associate director since 2017, is “an excellent choice for the Koch’s next director,” Jacks says. “Matt knows the landscape of cancer research deeply. He is very well-positioned to guide our existing programs and to develop new ones that take advantage of the unique strengths at the Koch and at MIT more broadly, at the intersection of science and engineering for cancer. I am looking forward to watching him lead the Institute’s exciting next chapter.”

Over the past several decades, cancer researchers have made significant strides in their understanding of the genetic underpinnings of the disease. They’ve also identified molecular signatures that distinguish different types of tumors, leading to the development of targeted treatments for specific types of cancer.

Vander Heiden says that he sees great opportunity in the field of cancer research for making new fundamental discoveries regarding the disease, and also for translating existing knowledge into better treatments. He expects that one key area of focus in the coming years will be applying the power of machine learning and artificial intelligence to understanding cancer.

“With the MIT Schwarzman College of Computing coming online, there’s tremendous opportunity in using the rapid advances in machine learning and computer science for health care,” Vander Heiden says. “I think that’s something MIT absolutely should be a leader on, especially as it applies to cancer.”

“Matt Vander Heiden will be a wonderful director,” says Phillip Sharp, an MIT Institute Professor and a member of the Koch Institute, who chaired the search committee for the new director. “His innovative research on cancer metabolism, service as associate director, and ability to ‘think like an engineer’ has earned him deep admiration from colleagues.”

Vander Heiden, who grew up in Wisconsin, earned his bachelor’s degree, MD, and PhD from the University of Chicago. While a graduate student, he became interested in studying the abnormal metabolism seen in cancer cells, which was first discovered nearly 100 years ago by the German chemist Otto Warburg. Instead of breaking down sugar using aerobic respiration, as healthy mammalian cells do, cancer cells switch to an alternative metabolic pathway called fermentation, which is less efficient.

As a postdoc in 2008, Vander Heiden and his colleagues at Harvard Medical School made the discovery that cancer cells shift their metabolism to fermentation by activating an enzyme called PKM2. While at Harvard, Vander Heiden also worked on a paper that contributed to the eventual development of drugs that target cancer cells with a mutation in the IDH gene. These drugs, the first modern FDA-approved cancer drugs that target metabolism, shut off an alternative pathway used by cancer cells with the IDH mutation.

“When I look at the Koch Institute today, I don’t think of my colleagues as being scientists or engineers. I just view them as people who are asking interesting questions in cancer, trying to solve translational problems, and trying to solve basic problems,” he says. “We have broken down all these barriers, these traditional silos of fields, and I think that uniquely positions us to answer the big questions about cancer going forward.”

While serving as director, Vander Heiden plans to continue his own research program on the role of cell metabolism in the development and progression of cancer. He also plans to continue his work as a medical oncologist at Dana-Farber Cancer Institute, where he treats prostate cancer patients.

“Having a personal link to the clinic helps keep me grounded in the realities of how patients experience cancer, and hopefully that will help me be a better steward of the Koch Institute and help us have even more impact with the work that we’re doing,” he says.