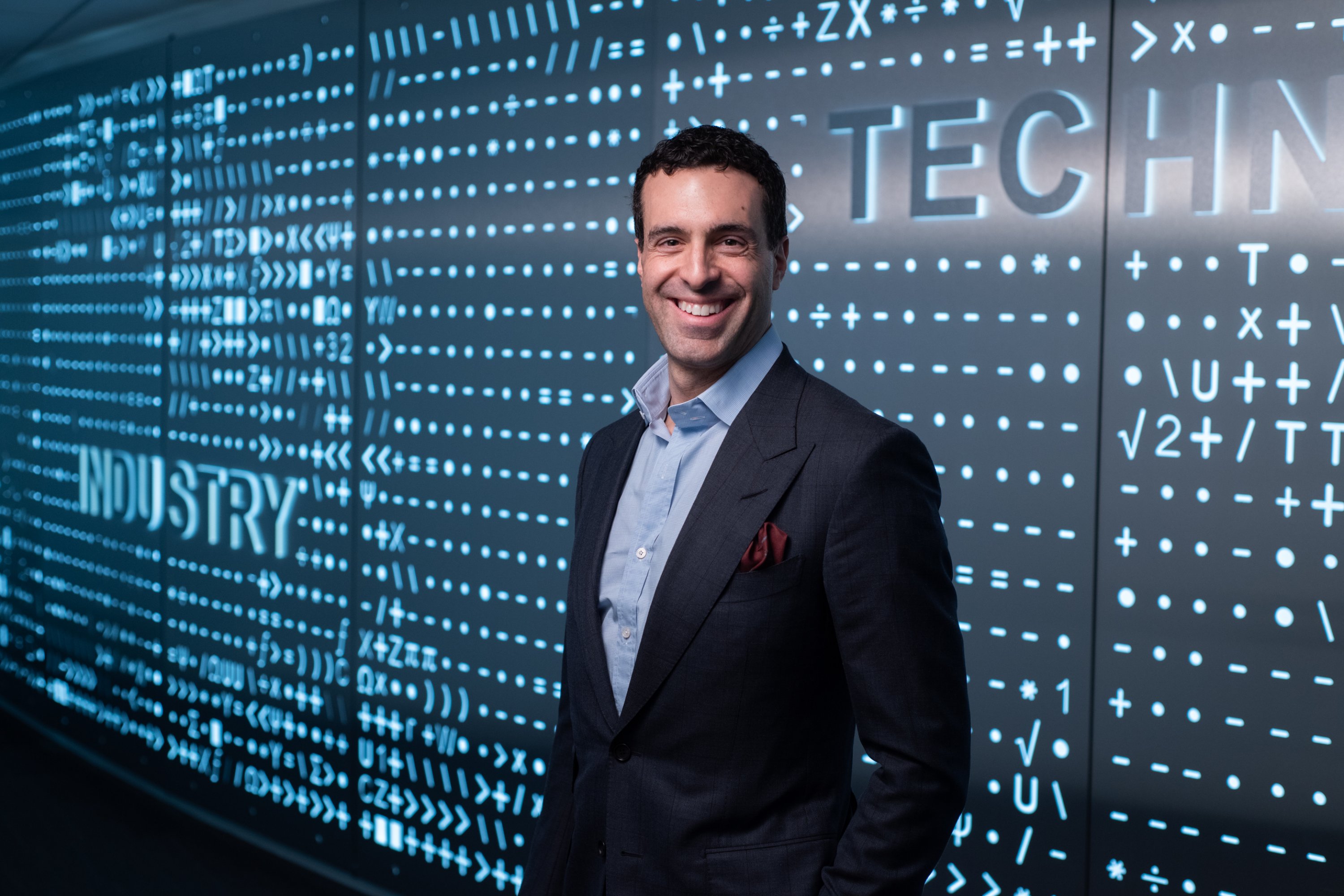 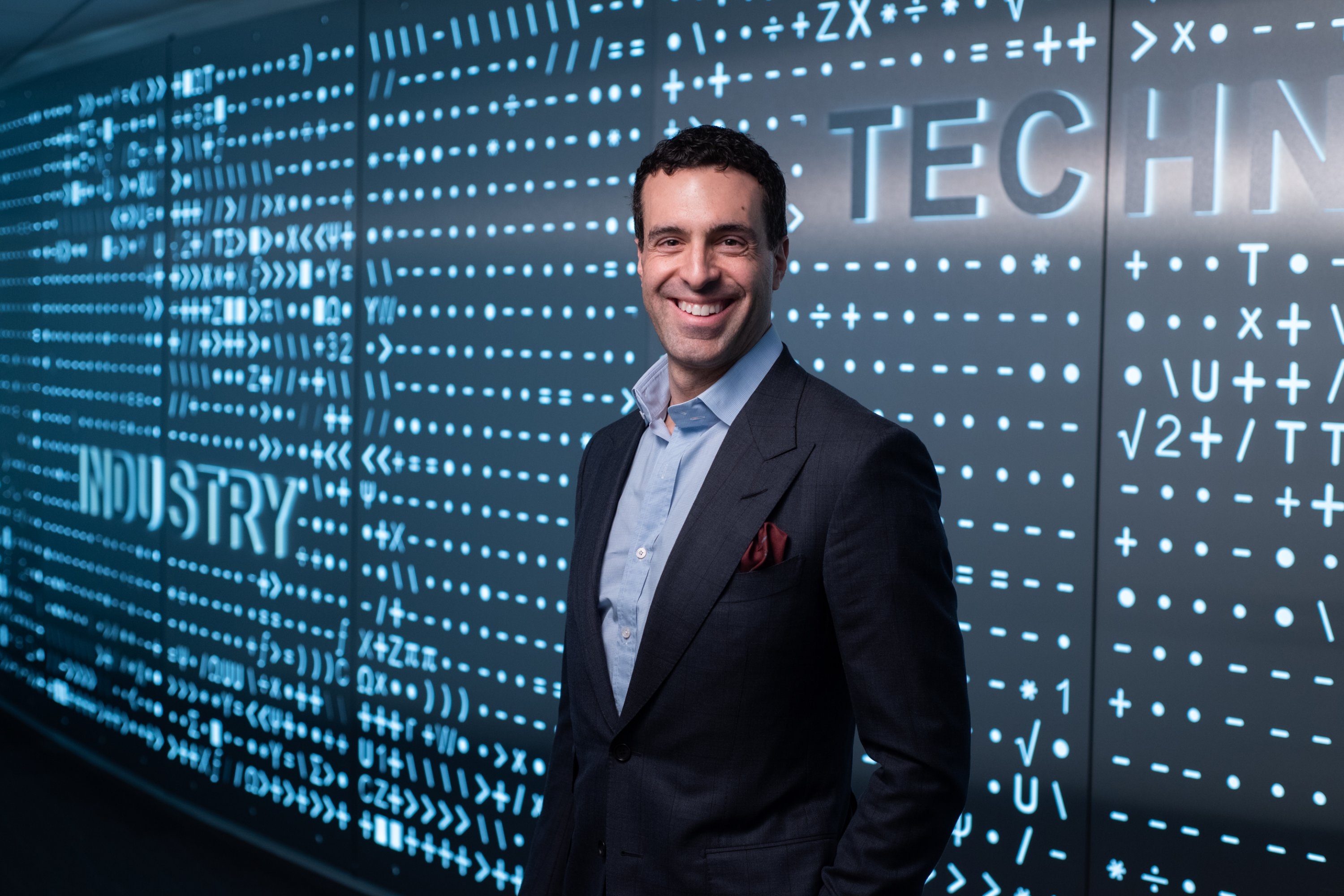 Blade Kotelly is a senior lecturer at MIT on design thinking, user interfaces, and innovation whose enthusiasm for cars is intertwined with his passion for innovative design. Despite Kotelly’s love affair with the internal combustion engine, he realizes the technology is heading for endangered species list. “We are going to see a huge shift to electric cars, not just for the environment but because the total operating cost is lower,” he says.

Kotelly’s brain may have convinced him batteries would rule, but his heart did not follow until he saw Tesla’s upcoming Cybertruck. “The Cybertruck will be one of the most significant shifts in cars in 50 years,” enthuses Kotelly. “It’s a radically different design idea — so simply made with folds and an exoskeleton. Tesla is the only car company that is challenging the underlying assumption on every axis.”

In Kotelly’s work with his innovation consultancy, which includes assessments, keynotes, training classes, and hands-on engagement, he encourages design teams to similarly question prevailing assumptions. “Large companies need to make innovation a part of the way they work every day,” says Kotelly. “Innovation not only needs to happen in the product group, but in HR, sales, marketing — everywhere in the organization.”

One of the most challenging paradoxes facing businesses today is that success typically requires achieving scale while also demanding continuous innovation. Yet, the larger the organization, the harder it is to innovate.

“Most corporations don’t know how to innovate consistently across the board,” says Kotelly. “Some have some very innovative groups, but innovation is usually not a part of the company’s culture and DNA. Often whatever it was that made a company successful in the beginning doesn’t keep them successful over time.”

Companies have tried to tame the paradox by acquiring innovative startups. Although this is often a smart move, Kotelly suggests that larger companies should also identify how startups achieve innovation and try to imitate it in-house.

“Due to the need to win funding and early customers, startups are forced from the start to figure out who they really are and to understand the core of their product or service,” says Kotelly. “That is part of the key to their success at innovation. Yet when a company acquires the startup, that culture of innovation can evaporate.”

Typically, says Kotelly, the acquiring company “squelches the innovation and its own DNA takes over.” If the parent company applies the right touch, the acquired startup group can continue to innovate, at least for a while. Yet, Kotelly cautions that it is rare that an acquiring company can absorb the startup’s innovative techniques throughout the organization. The exceptions are those companies that can rethink their own processes and goals across the board.

“The world is changing so quickly on so many levels that companies need to learn new techniques and be able to adapt very quickly,” says Kotelly. “We are seeing a lot of shifts around gig economy workers and in consumer expectations of things like delivery of physical goods. There are huge changes in the way media is disseminated and consumed.”

Cultural shifts can also catch companies unprepared. “Design consultants often talk about the intersection of business, technology, and people, but I’d like to add another dimension: culture,” says Kotelly. “Things like speech patterns, styles, and political causes usually shift slowly, but these days the culture is shifting very quickly.”

Innovative design starts with fully understanding the problem the product aims to solve and for whom. Design teams should “spend enough time at the very beginning to really sink into the problem space,” says Kotelly. “The organization needs to leverage the core things it does well and seek input from the outside. Back in the ’90s we focused on user-centered design, which was great because people had not been thinking enough about users. Yet companies still produced some terrible products or else targeted the products at the wrong people. Even if a product works technically, your customers need to like it.”

Kotelly suggests broadening the concept of user-centered design to encompass stakeholder-centered design. “The stakeholder could be the person using it or the person buying it or even a competitor, each of whom might respond to the product differently,” he says. “Companies need to consider a much richer and more complex network.”

Technology companies are increasingly producing both hardware and software, yet it is often a challenge getting the two sides to mesh. “Most companies, and especially smaller companies, that work on software and hardware in-house don’t do one of them well,” says Kotelly. “If you have been excellent at hardware for a long time, you may not be good at software. It is super critical to get people with software and hardware skills to work together well.”

One major difference between software and hardware development is that software is produced much more quickly, says Kotelly. There are also differences in style. “It is particularly important with software development that people communicate with each other effectively, which comes down to good leadership skills. The leaders need to understand how to get the energy to the team and help them identify and solve the paradox.”

After working on the MIT-inspired Jibo social robot before leading the Advanced Concept Lab at Sonos, Kotelly had extensive experience in voice interfaces. Although voice assistants have boomed, there have also been failures, which Kotelly says are usually due to a failure to manage expectations.

“Voice assistant companies often fail to set boundaries about what the assistant can or cannot do well,” says Kotelly. “These products typically run into trouble when they do not state the product’s limitations up front.”

In a typical scenario, a customer attempts a voice query that fails. The company later adds support for the query but fails to adequately inform the customer, in which case he or she is unlikely to try it again. “The end result is all that development effort has been wasted.”

The problem is made more challenging because there is no visual way of seeing all the options on voice products. “It’s hard to form a mental model of the system,” says Kotelly.

Despite improvements to universal voice assistants such as Alexa and Google Assistant, they can still be laughably clueless. AI is still far from the stage in which it can reliably answer every question.

“I believe we will return to more specialized voice assistants,” says Kotelly. “An expert speech system that knows a domain very deeply will let users better anticipate what it might know. For example, a music expert could differentiate between composers and performers to understand that a search for the composer Mozart should return results of music composed by Mozart and recorded by, say, Glen Gould. This is different than a search for the artist Duran Duran, in which case you would expect the recording to be done by the artist. Voice agents can be more helpful by being more specialized.”

Although short-form social media platforms such as Twitter have come to dominate our lives, Kotelly sees problems on the horizon. “People love consuming short-format media, but at some point it’s kind of like candy. People are literally always on and don’t know how to turn things off. This is already leading to mental health problems. People consume too much media because it stimulates their brain. They don’t realize they could be happier if they stopped.”

Technology companies have a responsibility to suggest to over-consuming users that they give it a rest from time to time, says Kotelly. Yet, he adds that the industry also needs to develop longer-form social media formats that are not so ephemeral.

“One problem for short-form social media is that it is not always easy to click through to the primary source material,” says Kotelly. “We have interpretations and derivatives on derivatives, and we’re not getting to the important material itself. We need a better way of surfacing the primary source in a way that is true to the material and helps people understand it. I think we’ll see media produced in multiple different ways that help people with different backgrounds to absorb it.”