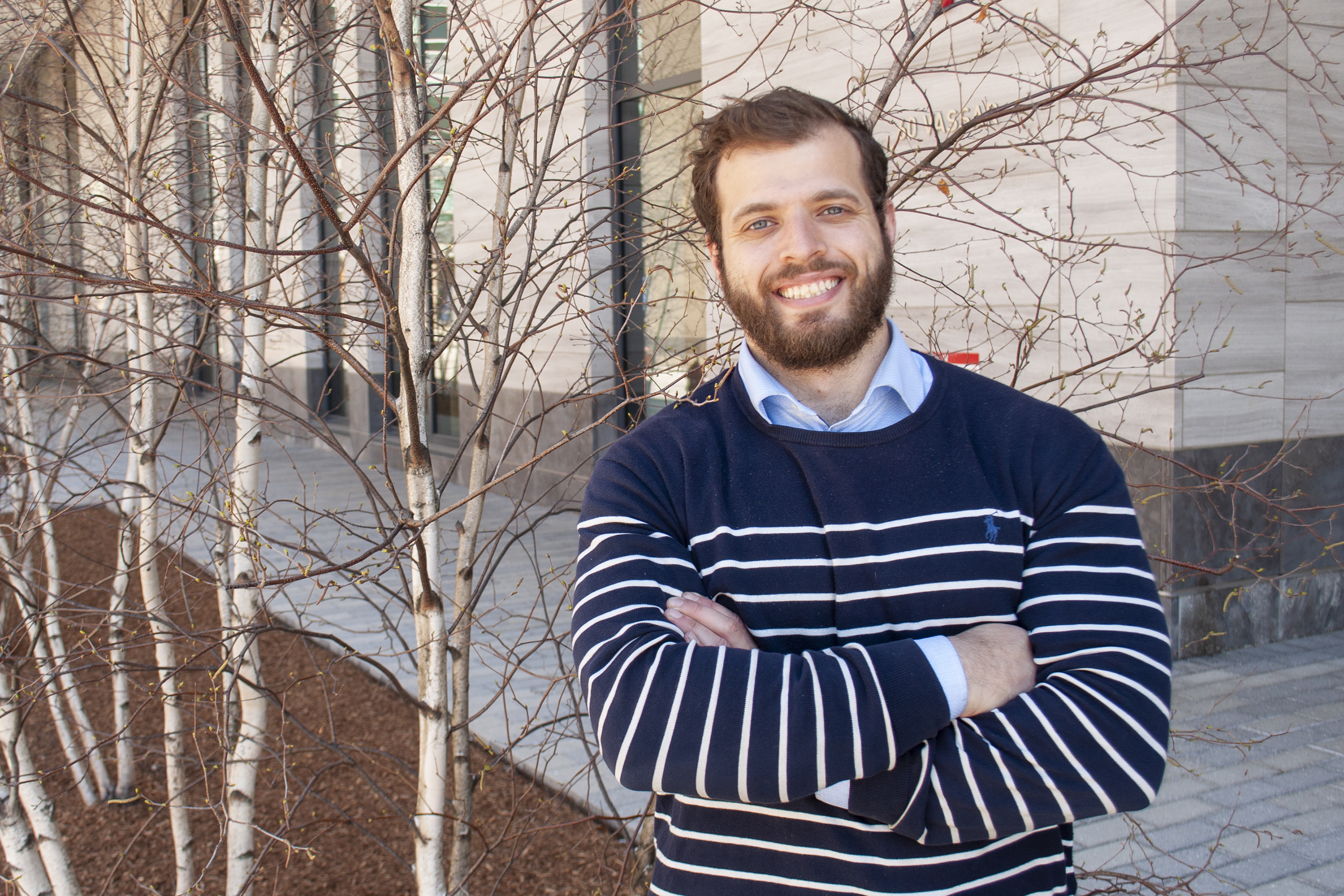 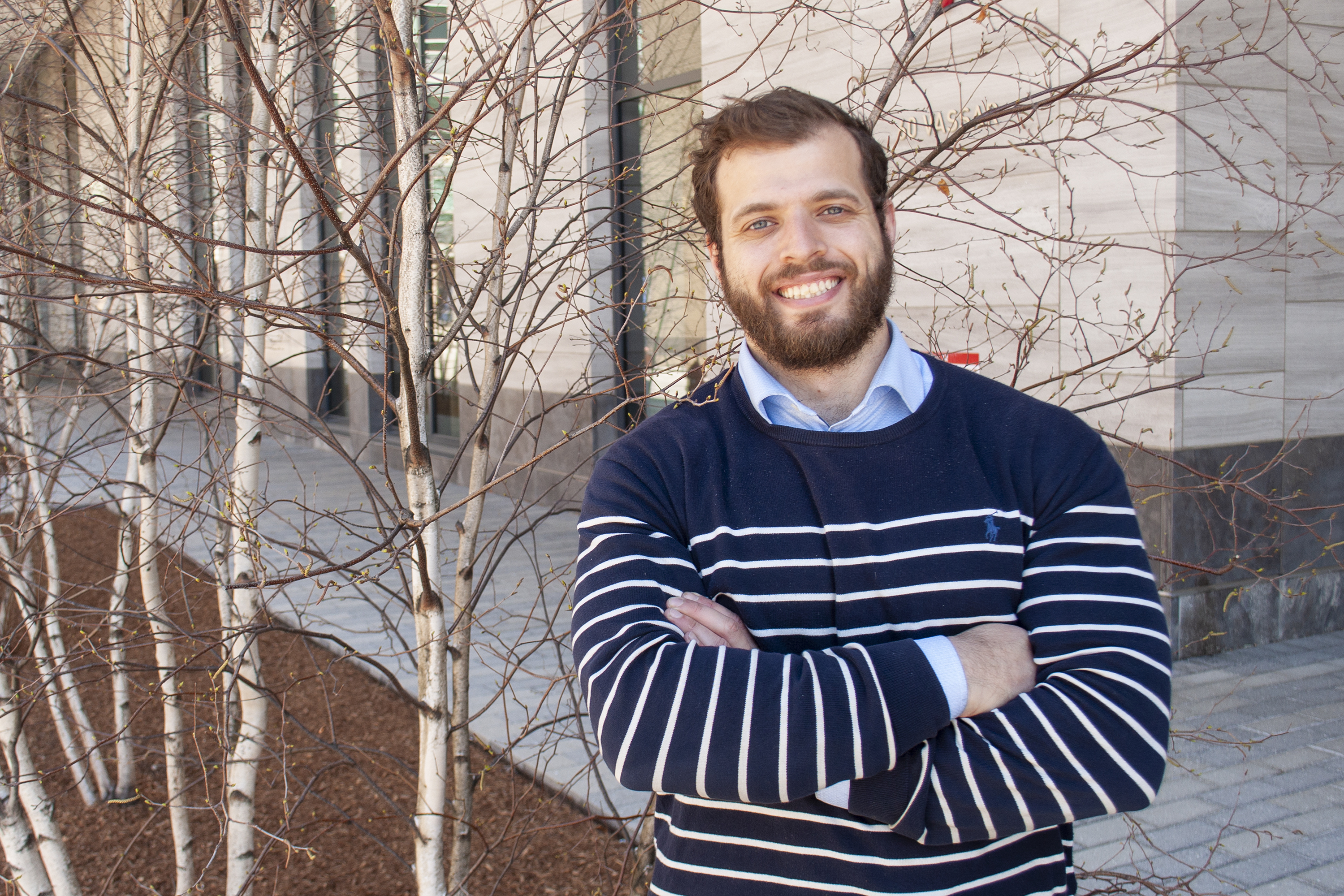 When he entered the Museo Galieo, Theo Mouratidis was not expecting to make a life-changing decision. Having recently graduated from a high school outside Melbourne, Australia, and looking forward to undergraduate studies at nearby Monash University, he had joined his family for a holiday in Florence, Italy. Stepping inside a museum devoted to the genius of Galileo, one of his “scientific heroes,” Mouratidis was stirred.

“I saw all of his works, his inventions, at that museum,” he recalls, “and that changed it for me. I remember sitting in a café after, and my parents were wondering at how quiet I was. And at some point I just spurted out, ‘I’m going to MIT.’”

The determination, drive, and pure will needed to change course and pursue a transfer to MIT, an institute he had only learned about from his chemistry tutor during his senior year of high school, are qualities evidenced in the way Mouratidis attacks every challenge. Now a graduate student in the Department of Aeronautics and Astronautics, he works daily on what is considered one of the world’s most difficult science and engineering efforts — making fusion energy a viable source of plentiful carbon-free energy for coming generations. Supported by the MIT Energy Initiative as an MIT Energy Fellow, sponsored by Commonwealth Fusion Systems (CFS), Mouratidis is focused on creating special magnets for a future fusion pilot plant called ARC.

Fusion, the energy source of the sun and stars, occurs when two atomic nuclei in a plasma collide and fuse, forming a heavier nucleus and releasing energy in the form of neutrons. Because this plasma responds to magnetic fields, researchers use a doughnut-shaped device called a tokamak to contain it. Wrapped with magnets, a tokamak is designed to keep the hot plasma away from the walls of the toroidal vacuum chamber while fusion reactions take place.

At MIT’s Plasma Science and Fusion Center (PSFC), where Mouratidis works under the direction of Director Dennis Whyte and Senior Research Scientist Brian LaBombard, scientists have been working with tokamaks for decades, most recently concentrating on SPARC, a fusion experiment that will pave the way for the ARC fusion pilot plant Mouratidis has chosen as his focus.

The magnets for SPARC are revolutionary, made from high-temperature superconducting (HTS) tape so much more compact than previous coils that they will be able to produce significantly higher magnetic fields, consequently increasing the economic success of the tokamak. Moreover, building on concepts developed by LaBombard and PSFC Head of Mechanical Development Bill Beck, the magnet design makes it possible for the conductors to be jointed. Unlike a continuous superconducting coil, these magnets might be able to be disassembled and reassembled while still retaining the electrical characteristics of a continuous coil. This would be a major breakthrough in the assembly and maintenance strategy of tokamaks made with HTS.

Mouratidis has tasked himself with finding a way to build joints for these magnets, which surround the torus of the tokamak at spaced intervals. The key is obtaining the requisite joint resistance and geometry. He is giving himself what he calls “a hell of a challenge.”

“Can I design a demountable joint that will satisfy the electrical requirements I need for this magnet to behave as a stable superconducting coil? And how can we make the design practical for an actual fusion power plant?”

Such a technological advance would allow the magnets to be removed in order to access internal components, which are subject to damage from neutrons created in the fusion process, reducing the need to shut down the tokamak for extended periods of time.

A new path, or two

When Mouratidis first approached the PSFC, he was not expecting to get involved in tokamak research. He was pursuing a master’s degree at MIT in the Department of Aeronautical and Astronautical Engineering, interested in advanced rocket propulsion technology. Although Whyte was receptive to the student’s interest in fusion propulsion, he and Mouratidis eventually realized the funding for such an effort would not be immediately forthcoming.

“Over two years, Dennis and I had been trying to get some funding. But all the avenues were fruitless. I think what he was doing was he was slowly poking SPARC on to me. He told me ‘None of this is going to happen if you haven’t gotten fusion to work first. Don’t worry about fusion propulsion; worry about fusion!’”

This was not the first time Mouratidis had needed to redirect his path. As a high school student excelling in soccer, he had envisioned for himself a professional sports career. That was before he tore his meniscus, not once but three times. After the third operation to repair his knee, the surgeon informed him that this time he could not simply suture the meniscus; he had to remove it. He advised the student to quit soccer.

“That’s tough to hear as a 17-year-old,” says Mouratidis. “But I will say, that was my turning point. That was when I really recognized that, OK, I’ve got a brain, I need to use it for good.”

Though now determined to test his academic strengths, Mouratidis never gave up on testing himself physically. When he arrived at MIT he spent some time rowing. Then, one day in the gym, lifting a dead weight from the floor, he realized he had a talent and the strength for weight-lifting. His decision to commit time and energy to improving his lifting led him to compete in powerlifting tournaments, in the process setting some records. His personal best for the deadlift is 770 pounds.

Balancing his physical drive is a creative spirit, currently employed in coauthoring an educational fiction series for middle school students. The three books planned will provide comprehensive lessons in the fundamentals of physics, including relativity, astrophysics, and his favorite topic — fusion rockets.

While the need to isolate due to Covid-19 has perhaps been a boon to his writing, it has made it impossible for him to compete in powerlifting for the past year. Still, he continues to train, while cultivating a new test of his endurance: climbing mountains.

He admits to having already had a close call or two on the mountain side.

“I always ask myself a question — why do these guys climb the most dangerous mountains in the world and put themselves in the most precarious positions? I think there is an indescribable beauty and freedom in such a challenging endeavor, and an unquenchable thirst within the human condition to want to explore places where few have been. For good or worse, I have a little bit of that. I think there is a necessary amount of risk that you have to take on to grow as a person.”

Taking calculated risks and setting fusion records is something he looks forward to while working on the SPARC tokamak, and ultimately ARC. Crediting the increased magnetic fields that will be available with ARC’s HTS magnets, he observes, “I think that puts us in a position where I could be part of this team that is going to be the first to create a pilot fusion plant and produce net energy.”

On every path in his life he is determined to reach the summit.