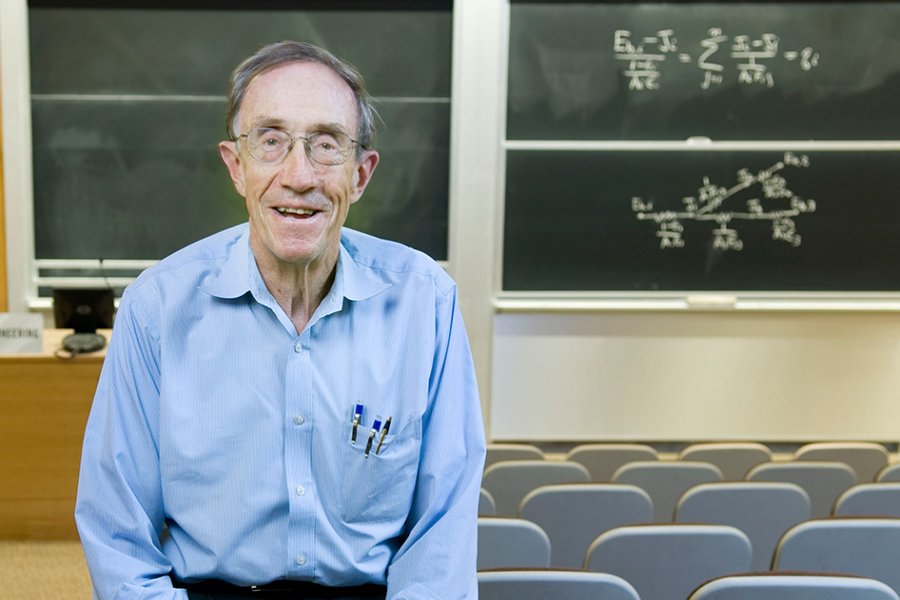 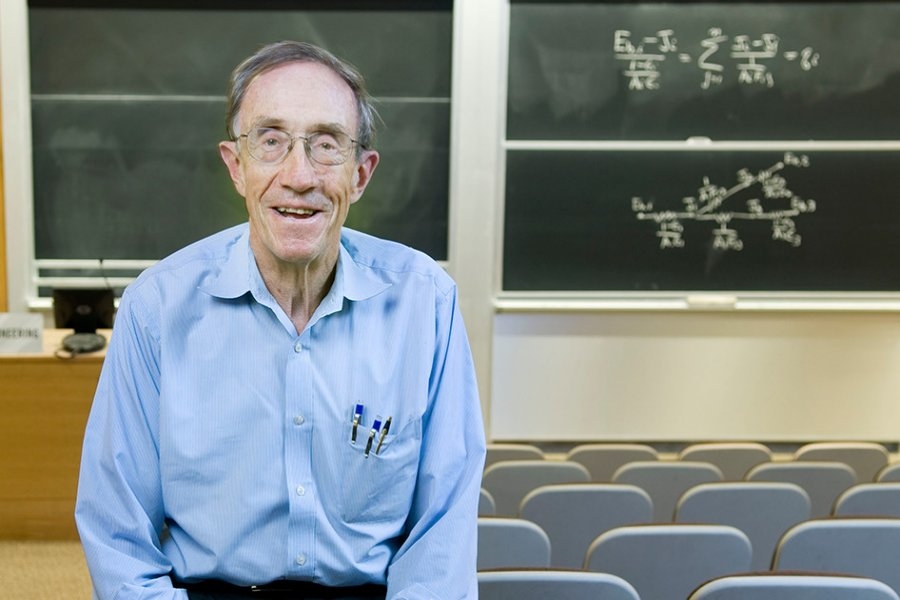 William H. Dalzell ’58, SM ’60, ScD ’65, a longtime lecturer in chemical engineering at MIT and station director for the David H. Koch School of Chemical Engineering Practice, passed away on April 13 after a protracted battle with cancer. He was 84 years old.

The first person in his family to attend college, Dalzell entered MIT in 1954. In an essay for the MIT Office of the First Year, he recalled humorously, “I had no idea what I was doing when I applied for college. There were no computers, no internet, and no one visited college campuses before applying. I perused college catalogs in the library and thought it might be cool to be an engineer (whatever an engineer was).”

He goes on to explain, “I arrived in Cambridge the day after Carol, a force-3 hurricane, had devastated the area. This storm may have been an omen … By some miracle, I passed all of my first term courses.” He went on to earn his undergraduate (1958), MS (1960), and ScD (1965) in chemical engineering.

Upon graduation, he was a postdoc at Imperial College London for a year, and then returned to Cambridge, Massachusetts, to become an assistant professor of chemical engineering at MIT. After several years at the Institute, Dalzell spent the next 26 years at Polaroid, where he rose to the role of senior manager and had four patents. While at Polaroid, Dalzell was never far from MIT. He sponsored several student projects in course 10.26 (Chemical Engineering Projects Laboratory) and was an active participant during class presentations.

In 1997, Dalzell returned to MIT to become a lecturer and practice school director, positions he kept until his retirement in 2018.

“Bill was a brilliant engineer and a remarkable teacher,” says Institute Professor Paula Hammond, head of the Department of Chemical Engineering. “As a practice school station director, he guided a generation of our students through their pivotal first encounters with real-world engineering. He pushed them to apply their understanding of fundamental phenomena and be true detectives, guidance that his alumni have told me continues to serve them well in their careers.”

Hammond continues, “In his role teaching our senior design labs, Bill was always encouraging our undergrads to think on their feet and apply their chemical engineering fundamentals to real-world problems. He will be fondly remembered by the many, many students whom he taught, and by all of us who had the good fortune to have him as a colleague. Bill will be deeply missed by the chemical engineering community.”

When he rejoined the chemical engineering department as a lecturer, Dalzell continued to be an advocate for 10.26 as a source of ideas and suggestions to improve the class. He was a committed presence in the lab, advising and working alongside the students. He was also the environmental health and safety coordinator and chemical hygiene officer for the department for many years, providing the chemical engineering community with support and leadership in health, safety, and sustainability while promoting a strong, innovative safety culture within its laboratories.

A pivotal role for Dalzell was as a station director for the David H. Koch School of Chemical Engineering Practice School, a unique program where Course 10 graduate students attend “stations” at different industrial locations around the world, working on real-world problems faced by their host companies. During his tenure, Dalzell managed stations at Mitsubishi Chemical in Mizushima, Japan; GlaxoSmithKline in London, England; and Mawana Sugars in Uttar Pradesh, India, to name a few.

“As a practice school station director, Bill coupled his strong intellect and deep understanding of the physical world with a genuine desire to ensure that the students got the best education they could out of their assignments,” recalls Professor Alan Hatton, current director of the practice school. “He brought the same enthusiasm and drive to outside activities, too, be it skiing, whitewater rafting, or other sports to give the students a way to let off steam. Bill was a strong and influential contributor to the success of the practice school program.”

Professor Emeritus Kenneth Smith, who had known Dalzell since they were both MIT undergraduates in the 1950s, shares, “Bill was the embodiment of generosity, creativity, enthusiasm, and energy. Generosity because he saw the best in everyone and everything and because he was always prepared to help, even when it was to his own detriment. Creativity because he always wanted to innovate, whether it be in the context of research or the preparation of a gourmet meal. Enthusiasm because of his ability to derive an infectious joy from every endeavor. And energy because that was simply his way, whether it was in research or teaching or tending his enormous garden or playing with his grandchildren. It is no wonder that our students loved him.”

Dalzell is survived by his beloved wife of 53 years, Patricia (Lloyd) Dalzell of Marshfield, Massachusetts; daughter Kim Riedell and her husband, Dave, of Needham, Massachusetts; and his son, Billy Dalzell and his wife, Devon, of Steamboat Springs, Colorado. In addition, Bill leaves behind two granddaughters, Michaela and Sara Riedell of Needham, and two grandsons, Oscar and Oliver Dalzell of Steamboat Springs. Bill is also survived by his sister, Isabell Jean DiBernardo of New Jersey, and sister Helen Lattarulo of New York, and was predeceased by his sister Alice Dalzell.

In lieu of flowers, Dalzell requested that donations be made to the MIT Chemical Engineering Discretionary Fund. If you’d like to send a note to the family, please visit the funeral home website.