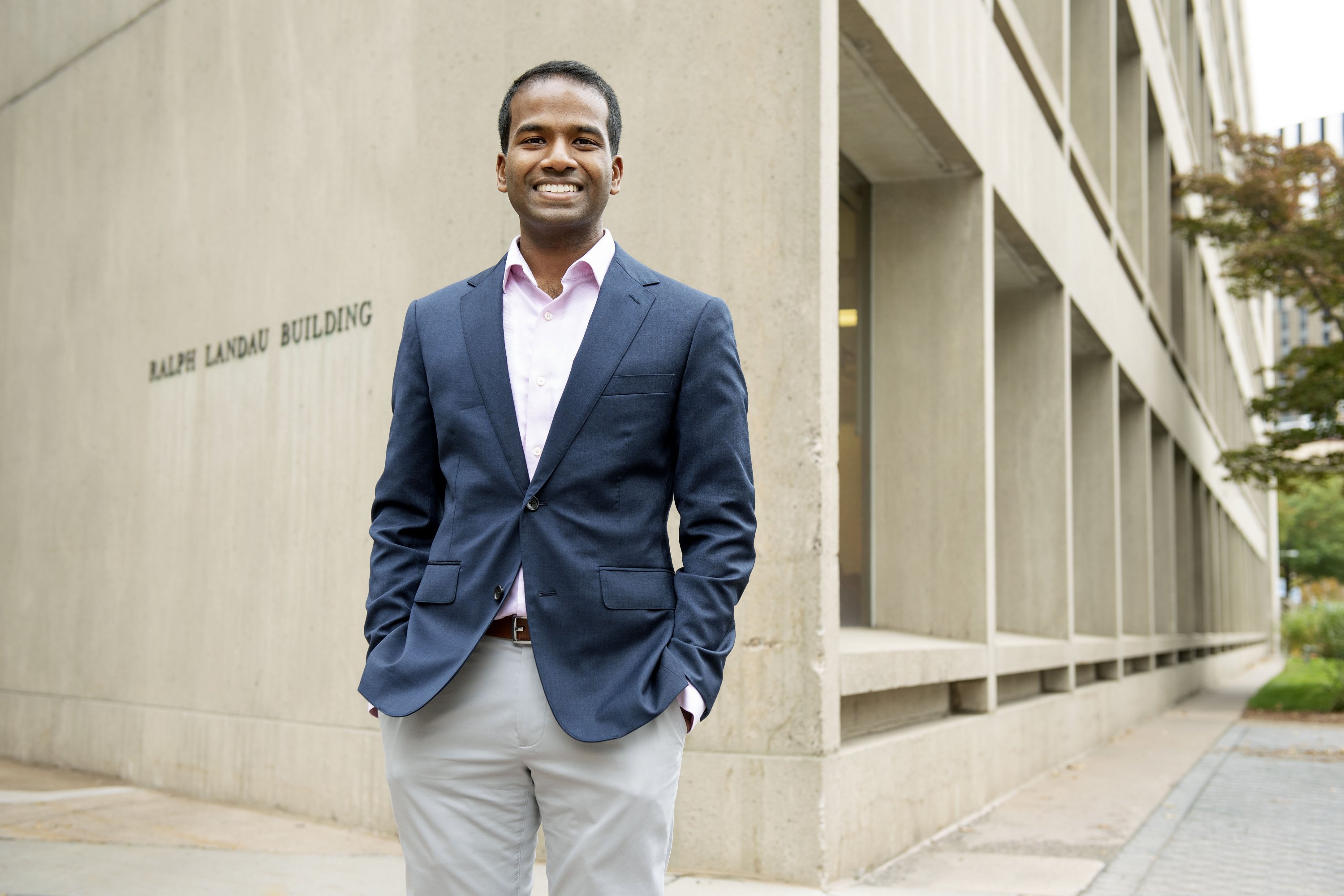 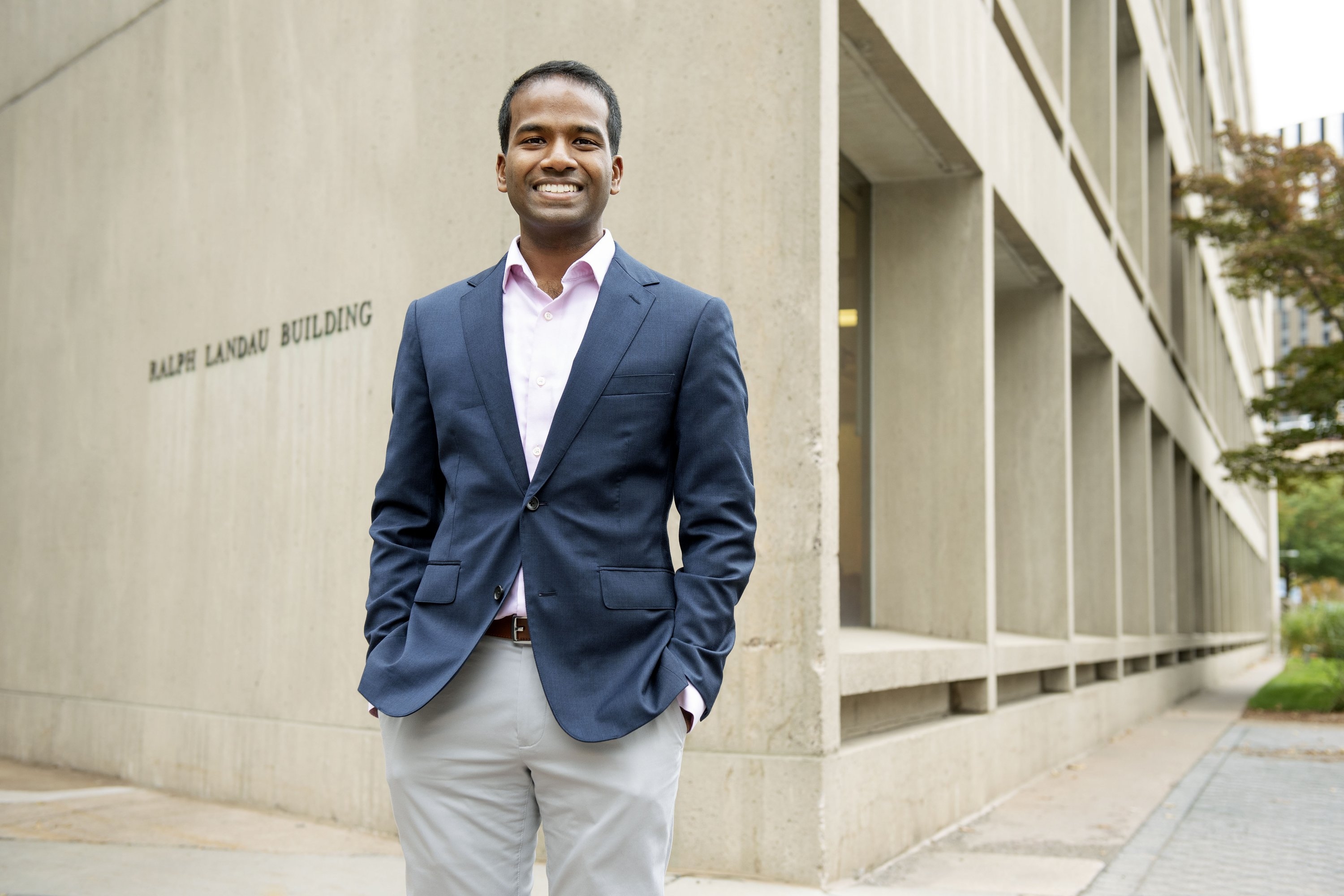 Karthish Manthiram, the Theodore T. Miller Career Development Assistant Professor of Chemical Engineering, has been honored as a Camille Dreyfus Teacher-Scholar, an award that recognizes and supports the research and teaching careers of talented young faculty in the chemical sciences.

Each of the 16 U.S. awardees is within the first five years of his or her academic career, and has created an outstanding independent body of scholarship spanning the broad range of contemporary research in the chemical sciences. Awardees must also have demonstrated a commitment to student instruction, particularly with undergraduates. As a Camille Dreyfus Teacher-Scholar, Manthiram receives an unrestricted research grant of $100,000.

“For me, teaching and research have always been one and the same, as they both involve pushing individual and collective frontiers of knowledge,” Manthiram explains. “I am honored to be recognized by an award that embodies this spirit and thankful for the risky endeavors it will allow our lab to undertake in decarbonizing chemical synthesis.”

The Manthiram Lab at MIT is focused on the molecular engineering of electrocatalysts for the synthesis of organic molecules, including pharmaceuticals, fuels, and commodity chemicals, using renewable feedstocks. Manthiram received his bachelor’s degree in chemical engineering from Stanford University and his PhD in chemical engineering from the University of California at Berkeley. As a graduate student in Professor Paul Alivisatos’s group, Manthiram developed transition-metal oxide hosts for redox-tunable plasmons and nanoparticle electrocatalysts for reducing carbon dioxide. During his postdoc research in Professor Robert Grubbs’ lab at Caltech, Karthish developed new anion-exchange ionomers.

Manthiram has been recognized with several awards, including the NSF CAREER Award, DOE Early Career Award, Sloan Research Fellowship, 3M Nontenured Faculty Award, American Institute of Chemical Engineers 35 Under 35, American Chemical Society PRF New Investigator Award, Dan Cubicciotti Award of the Electrochemical Society, and Forbes 30 Under 30 in Science. His teaching has been recognized with the C. Michael Mohr Outstanding Undergraduate Teaching Award, the MIT Chemical Engineering Outstanding Graduate Teaching Award, and the MIT Teaching with Digital Technology Award. He serves on the Early Career Advisory Board for ACS Catalysis and on the Advisory Board for Trends in Chemistry, Chem Catalysis, and the MIT Science Policy Review. He was recently named to the Theodore T. Miller Career Development Professorship by the Provost of MIT. The chair was established with a bequest from alumnus Theodore T. Miller 1922.

The purpose of the Camille and Henry Dreyfus Foundation is to advance the science of chemistry, chemical engineering, and related sciences as a means of improving human relations and circumstances throughout the world. Established in 1946 by chemist, inventor, and businessman Camille Dreyfus as a memorial to his brother Henry, the foundation became a memorial to both men when Camille Dreyfus died in 1956. Throughout its history, the foundation has taken a leading role in identifying and addressing needs and opportunities to advance the chemical sciences. Manthiram is the second member of the MIT Department of Chemical Engineering faculty to win this award; Associate Professor William Tisdale also won the award in 2017.