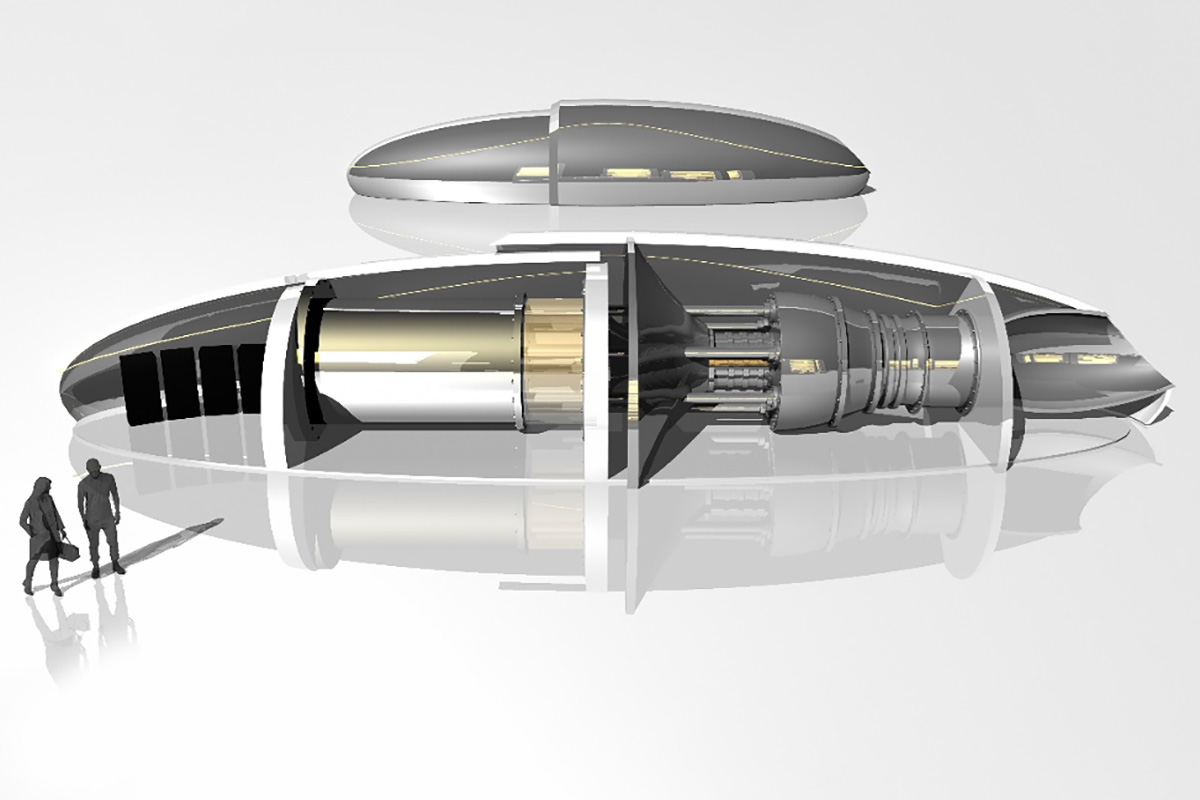 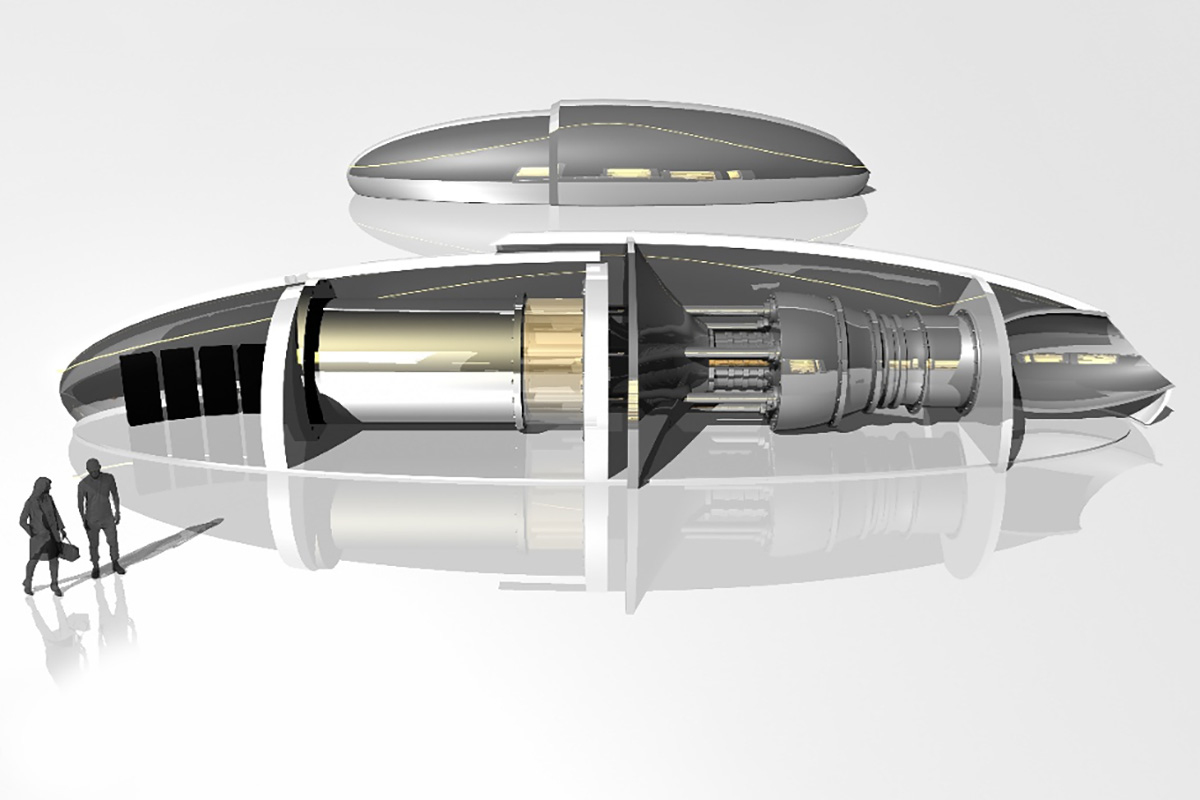 We may be on the brink of a new paradigm for nuclear power, a group of nuclear specialists suggested recently in The Bridge, the journal of the National Academy of Engineering. Much as large, expensive, and centralized computers gave way to the widely distributed PCs of today, a new generation of relatively tiny and inexpensive factory-built reactors, designed for autonomous plug-and-play operation similar to plugging in an oversized battery, is on the horizon, they say.

These proposed systems could provide heat for industrial processes or electricity for a military base or a neighborhood, run unattended for five to 10 years, and then be trucked back to the factory for refurbishment. The authors — Jacopo Buongiorno, MIT’s TEPCO Professor of Nuclear Science and Engineering; Robert Frida, a founder of GenH; Steven Aumeier of the Idaho National Laboratory; and Kevin Chilton, retired commander of the U.S. Strategic Command — have dubbed these small power plants “nuclear batteries.” Because of their simplicity of operation, they could play a significant role in decarbonizing the world’s electricity systems to avert catastrophic climate change, the researchers say. MIT News asked Buongiorno to describe his group’s proposal.

Q: The idea of smaller, modular nuclear reactors has been discussed for several years. What makes this proposal for nuclear batteries different?

A: The units we describe take that concept of factory fabrication and modularity to an extreme. Earlier proposals have looked at reactors in the range of 100 to 300 megawatts of electric output, which are a factor of 10 smaller than the traditional big beasts, the big nuclear reactors at the gigawatt scale. These could be assembled from factory-built components, but they still require some assembly at the site and a lot of site preparation work. So, it’s an improvement over the traditional plants, but it’s not a huge improvement.

This nuclear battery concept is really a different thing because of the physical scale of these machines — about 10 megawatts. It’s so small that the whole power plant is actually built in a factory and fits within a standard container. The idea is to fit the whole power plant, which comprises a microreactor and a turbine that converts the heat to electricity, into the container.

This provides several benefits from an economic point of view. You are completely decoupling your projects and your technology from the construction site, which has been the source of every possible schedule delay and cost overrun for nuclear projects over the past 20 years.

This way it becomes sort of energy on demand. If the customer wants either heat or electricity, they can get it within a couple of months, or even weeks, and then it’s plug and play. This machine arrives on the site, and just a few days later, you start getting your energy. So, it’s a product, it’s not a project. That’s how I like to characterize it.

Q: You talk about potentially having such units widely distributed, including even in residential areas to power whole neighborhoods. How confident can people be as to the safety of these plants?

A: It’s exceptionally robust — that’s one of the selling points. First of all, the fact that it’s small is good for a variety of reasons. For one thing, the overall amount of heat that’s generated is proportional to the power, which is small. But more importantly, it has a high surface-to-volume ratio because, again, it’s small, which makes it a lot easier to keep cool under all circumstances. It’s passively cooled, to a point where nobody has to do anything. You don’t even need to open a valve or anything. The system takes care of itself.

It also has a very robust containment structure surrounding it to protect against any release of radiation. Instead of the traditional big concrete dome, there are steel shells that basically encapsulate the whole system. And as for security, at most sites, we envision that these would be located below grade. That provides some protection and physical security from external attackers.

As for other safety issues, you know, if you think about the famous nuclear accidents, Three Mile Island, Chernobyl, Fukushima, all three of these issues are mediated by the design of these nuclear batteries. Because they are so small, it’s basically impossible to get that type of outcome from any sequence of events.

Q: How do we know that these new kinds of reactors will work, and what would need to happen for such units to become widely available?

A: NASA and Los Alamos National Laboratory have done a similar demonstration project, which they called a microreactor, for space applications. It took them just three years from the start of design to fabrication and testing. And it cost them $20 million. It was orders of magnitude smaller than traditional large nuclear plants that easily cost a billion-plus and take a decade or more to build.

There are also different companies out there now developing their own designs, and every one is a bit different. Westinghouse is already working on a version of such nuclear batteries (though they are not using that term), and they plan to run a demonstration unit in two years.

The next step will be to build a pilot plant at one of the national laboratories that has extensive equipment for testing nuclear reactor systems, such as the Idaho National Laboratory. They have a number of facilities that are being modified to accommodate these microreactors, and they have extra layers of safety. Because it’s a demonstration project, you want to make sure that if something happens you didn’t foresee, that you don’t have any release to the environment.

Then, the plant could go through an accelerated program of testing, subjecting it to more extreme conditions than would ever be encountered in normal operation. You essentially abuse it and show by direct testing that it can take all those external loads or situations without exceeding any failure limits. And once it’s proven there under rigorous conditions, widespread commercial installations could begin quite quickly.

These nuclear batteries are ideally suited to create resilience in very different sectors of the economy, by providing a steady dependable source of power to back up the increasing reliance on intermittent renewable energy sources such as solar and wind. And, these highly distributed systems can also help to alleviate pressures on the grid by being sited just where their output is needed. This can provide greater resiliency against any disruptions to the grid and virtually eliminate the issue of transmission losses. If these become as widespread as we envision, they could make a significant contribution to reducing the world’s greenhouse gas emissions.