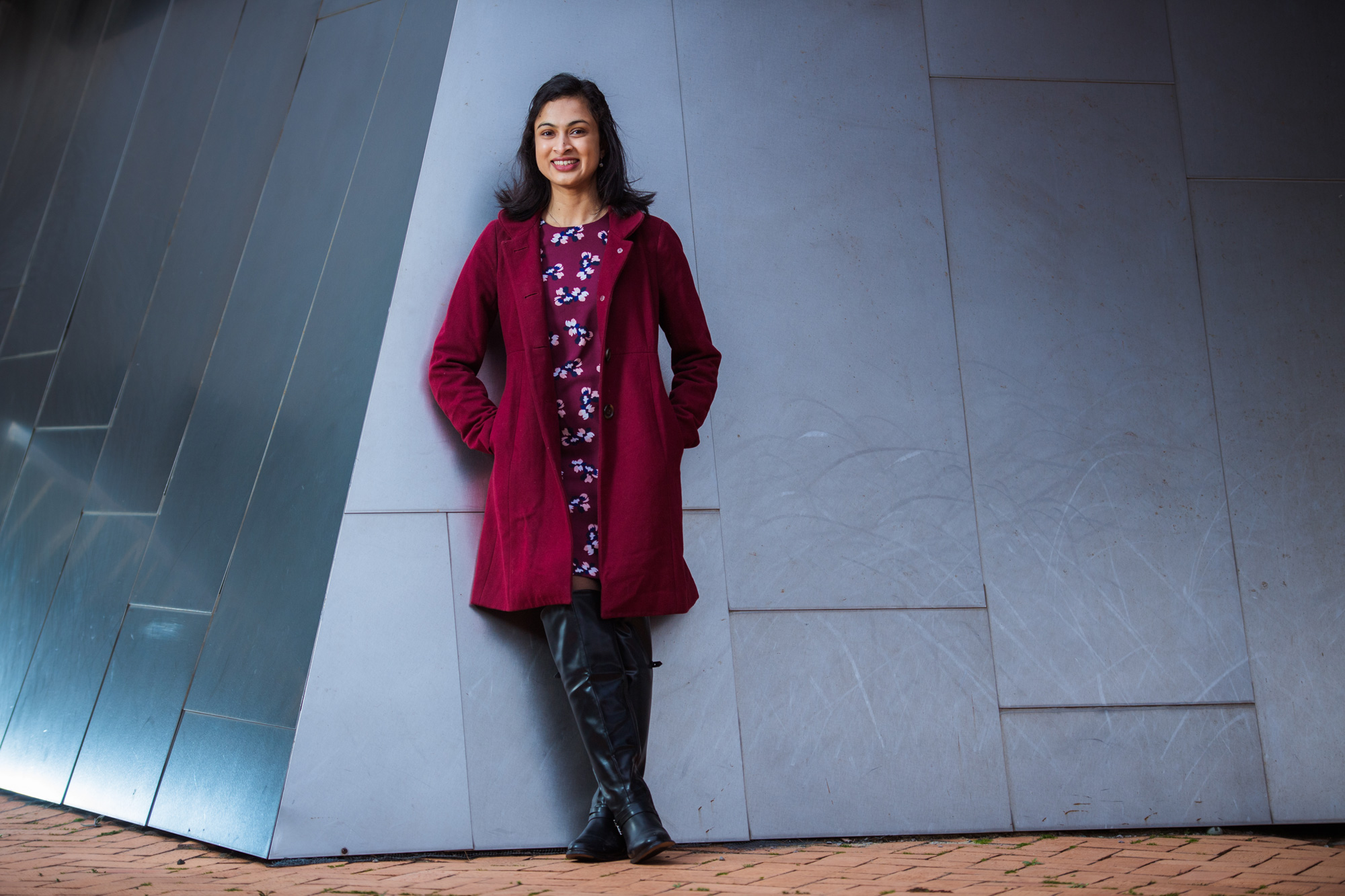 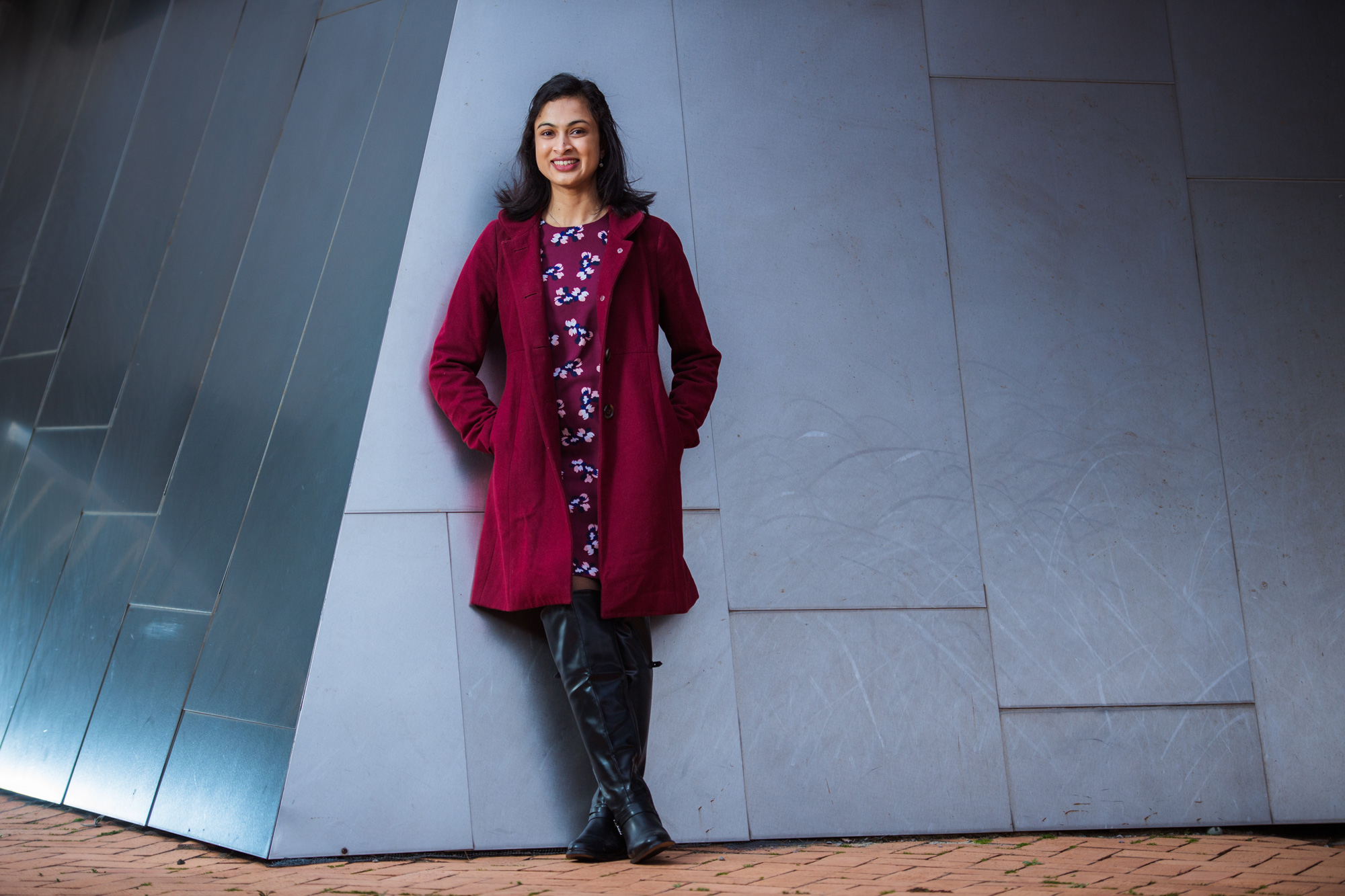 Eesha Khare has always seen a world of matter. The daughter of a hardware engineer and a biologist, she has an insatiable interest in what substances — both synthetic and biological — have in common. Not surprisingly, that perspective led her to the study of materials.

“I recognized early on that everything around me is a material,” she says. “How our phones respond to touches, how trees in nature to give us both structural wood and foldable paper, or how we are able to make high skyscrapers with steel and glass, it all comes down to the fundamentals: This is materials science and engineering.”

As a rising fourth-year PhD student in the MIT Department of Materials Science and Engineering (DMSE), Khare now studies the metal-coordination bonds that allow mussels to bind to rocks along turbulent coastlines. But Khare’s scientific enthusiasm has also led to expansive interests from science policy to climate advocacy and entrepreneurship.

A Silicon Valley native, Khare recalls vividly how excited she was about science as a young girl, both at school and at myriad science fairs and high school laboratory internships. One such internship at the University of California at Santa Cruz introduced her to the study of nanomaterials, or materials that are smaller than a single human cell. The project piqued her interest in how research could lead to energy-storage applications, and she began to ponder the connections between materials, science policy, and the environment.

As an undergraduate at Harvard University, Khare pursued a degree in engineering sciences and chemistry while also working at the Harvard Kennedy School Institute of Politics. There, she grew fascinated by environmental advocacy in the policy space, working for then-professor Gina McCarthy, who is currently serving in the Biden administration as the first-ever White House climate advisor.

Following her academic explorations in college, Khare wanted to consider science in a new light before pursuing her doctorate in materials science and engineering. She deferred her program acceptance at MIT in order to attend Cambridge University in the U.K., where she earned a master’s degree in the history and philosophy of science. “Especially in a PhD program, it can often feel like your head is deep in the science as you push new research frontiers, but I wanted take a step back and be inspired by how scientists in the past made their discoveries,” she says.

Her experience at Cambridge was both challenging and informative, but Khare quickly found that her mechanistic curiosity remained persistent — a realization that came in the form of a biological material.

Fittingly, these bioindicators confirmed for her that studying materials at MIT was the right course. Now Khare works on a different organism altogether, conducting research on the metal-coordination chemical interactions of a biopolymer secreted by mussels.

“Mussels secrete this thread and can adhere to ocean walls. So, when ocean waves come, mussels don’t get dislodged that easily,” Khare says. “This is partly because of how metal ions in this material bind to different amino acids in the protein. There’s no input from the mussel itself to control anything there; all the magic is in this biological material that is not only very sticky, but also doesn’t break very readily, and if you cut it, it can re-heal that interface as well! If we could better understand and replicate this biological material in our own world, we could have materials self-heal and never break and thus eliminate so much waste.”

To study this natural material, Khare combines computational and experimental techniques, experimentally synthesizing her own biopolymers and studying their properties with in silico molecular dynamics. Her co-advisors — Markus Buehler, the Jerry McAfee Professor of Engineering in Civil and Environmental Engineering, and Niels Holten-Andersen, professor of materials science and engineering — have embraced this dual-approach to her project, as well as her abundant enthusiasm for innovation.

Khare likes to take one exploratory course per semester, and a recent offering in the MIT Sloan School of Management inspired her to pursue entrepreneurship. These days she is spending much of her free time on a startup called Taxie, formed with fellow MIT students after taking the course 15.390 (New Enterprises). Taxie attempts to electrify the rideshare business by making electric rental cars available to rideshare drivers. Khare hopes this project will initiate some small first steps in making the ridesharing industry environmentally cleaner — and in democratizing access to electric vehicles for rideshare drivers, who often hail from lower-income or immigrant backgrounds.

“There are a lot of goals thrown around for reducing emissions or helping our environment. But we are slowly getting physical things on the road, physical things to real people, and I like to think that we are helping to accelerate the electric transition,” Khare says. “These small steps are helpful for learning, at the very least, how we can make a transition to electric or to a cleaner industry.”

Alongside her startup work, Khare has pursued a number of other extracurricular activities at MIT, including co-organizing her department’s Student Application Assistance Program and serving on DMSE’s Diversity, Equity, and Inclusion Council. Her varied interests also have led to a diverse group of friends, which suits her well, because she is a self-described “people-person.”

In a year where maintaining connections has been more challenging than usual, Khare has focused on the positive, spending her spring semester with family in California and practicing Bharatanatyam, a form of Indian classical dance, over Zoom. As she looks to the future, Khare hopes to bring even more of her interests together, like materials science and climate.

“I want to understand the energy and environmental sector at large to identify the most pressing technology gaps and how can I use my knowledge to contribute. My goal is to figure out where can I personally make a difference and where it can have a bigger impact to help our climate,” she says. “I like being outside of my comfort zone.”