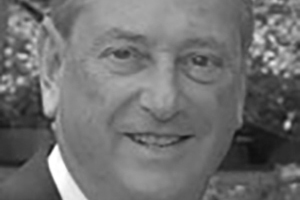 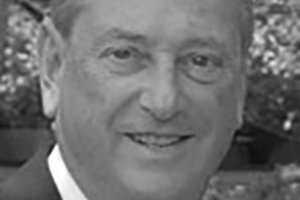 MIT Professor Emeritus Robert D. Logcher ’58, SM ’60, SCD ’62, an accomplished civil and environmental engineer who helped advance the field with computational techniques, passed away peacefully on July 20. He was 85.

Logcher served as a faculty member in the Department of Civil and Environmental Engineering from 1962 to 1996, and was an early pioneer of the computer programming systems used in structural design. He developed STRESS (STRuctural Engineering Systems Solver) and STRUDL (STRUctural Design Language), which were part of the Integrated Civil Engineering System (ICES) used for civil engineering practices and teaching. Logcher was also a key member of the ICES Architecture Group that designed the computer operating system. Beyond the department, he was also a key participant in Project MAC (Multiple Access Computer), the pioneering MIT time-sharing system.

Logcher led the department in new directions when he initiated the project management program in civil engineering and construction management.

Born in the Hague, Netherlands on Dec. 27, 1935, Logcher first arrived at MIT as an undergraduate in 1954. In addition to studying civil engineering, Logcher was an avid sailor and his passion for sailing would carry him throughout his career and into retirement. When asked about his post-retirement plans, they were to “sail the seven seas.”

After receiving his bachelor’s degree from MIT in 1958 and going on to pursue his master’s and doctoral degree in civil engineering at the Institute, he was awarded two graduate fellowships from the National Science Foundation. He became assistant professor in the Department of Civil and Environmental Engineering shortly after receiving his doctoral degree in 1962 and later became full professor in 1975. Some of his earliest research contributed to the pioneering structural design programming language that is still being used in the field today.

MIT professor emeritus of civil and environmental engineering Daniel Roos, who led the ICES Architecture group, where Logcher was a member, remembers him fondly as an engineer and colleague.

“Bob Logcher had a lasting impact on the civil engineering profession with the development of STRUDL in the mid-1960s, a computer-based design system for structural engineering,” says Roos. “That system is still in widespread use today. A new version was released in 2020, over 50 years after its creation. That is a remarkable achievement.”

Over the span of his career, Logcher’s research into computational applications and methods for structural engineering attracted the interest of the international community. He attended conference proceedings around the world, and his papers were cited and published among the top engineering journals and international conferences.

With colleagues Roos and the late Professor Emeritus Joseph Sussman as partners, he founded Engineering Computer International (ECI) in Bedford, Massachusetts, in 1965. A consulting firm that advised large engineering firms around the world about how to use computer systems in their practice, ECI expanded into Multisystems, Inc. in Cambridge, Massachusetts, where he was also a senior consultant from 1969 to 1985.

Logcher led a rich life outside of his academic one. Known as “Bob” to his friends, Logcher enjoyed skiing and backpacking, and classical and folk music. He bought his first sailboat in 1973 and this became his passion that he shared with his wife, Chesley. Their fourth boat was purchased to “sail the seven seas”; however, they enjoyed the Bahamas so much that they continued traveling there for 20 years.

Logcher is survived by his wife, Chesley; children Suzanne, Erica, and Daniel; and four grandchildren. A celebration of Logcher’s life will be held at a later date. Gifts in Logcher’s memory may be made to the Robert D. Logcher (1958) Travel Fund.