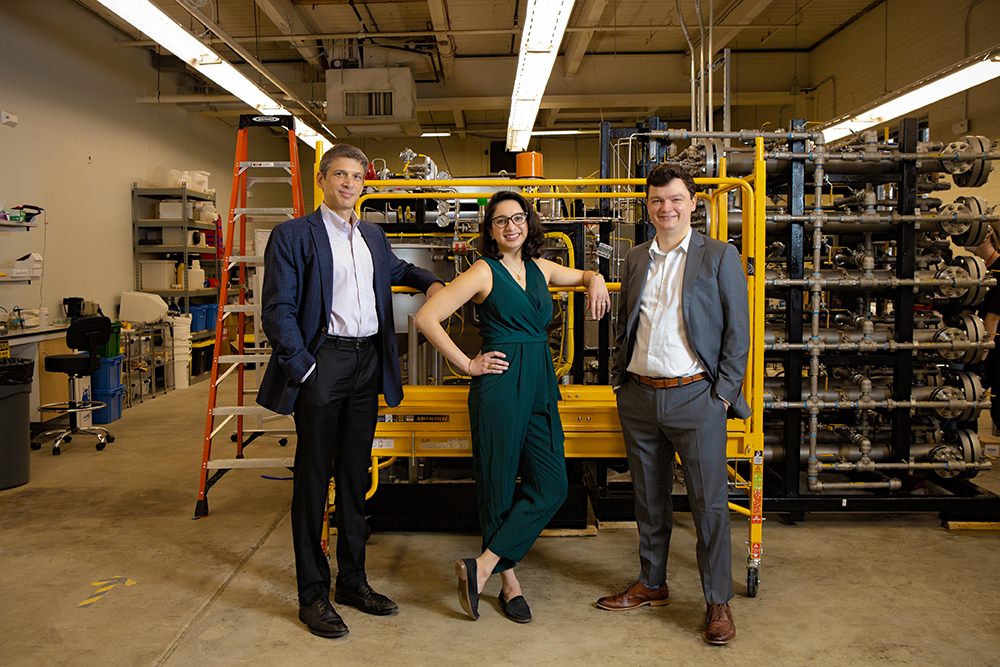 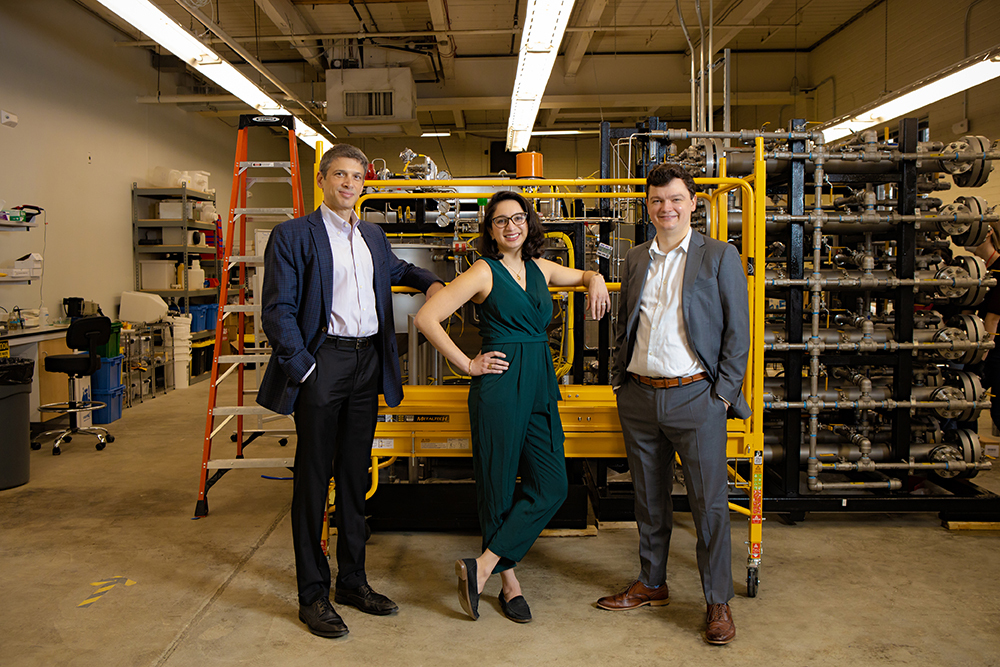 If you wanted to get pasta out of a pot of water, would you boil off the water, or use a strainer? While home cooks would choose the strainer, many industries continue to use energy-intensive thermal methods of separating out liquids. In some cases, that’s because it’s difficult to make a filtration system for chemical separation, which requires pores small enough to separate atoms.

In other cases, membranes exist to separate liquids, but they are made of fragile polymers, which can break down or gum up in industrial use.

Via Separations, a startup that emerged from MIT in 2017, has set out to address these challenges with a membrane that is cost-effective and robust. Made of graphene oxide (a “cousin” of pencil lead), the membrane can reduce the amount of energy used in industrial separations by 90 percent, according to Shreya Dave PhD ’16, company co-founder and CEO.

This is valuable because separation processes account for about 22 percent of all in-plant energy use in the United States, according to Oak Ridge National Laboratory. By making such processes significantly more efficient, Via Separations plans to both save energy and address the significant emissions produced by thermal processes. “Our goal is eliminating 500 megatons of carbon dioxide emissions by 2050,” Dave says.

Via Separations began piloting its technology this year at a U.S. paper company and expects to deploy a full commercial system there in the spring of 2022. “Our vision is to help manufacturers slow carbon dioxide emissions next year,” Dave says.

The story of Via Separations begins in 2012, when the MIT Energy Initiative (MITEI) awarded a Seed Fund grant to Professor Jeffrey Grossman, who is now the Morton and Claire Goulder and Family Professor in Environmental Systems and head of MIT’s Department of Materials Science and Engineering. Grossman was pursuing research into nanoporous membranes for water desalination. “We thought we could bring down the cost of desalination and improve access to clean water,” says Dave, who worked on the project as a graduate student in Grossman’s lab.

There, she teamed up with Brent Keller PhD ’16, another Grossman graduate student and a 2016-17 ExxonMobil-MIT Energy Fellow, who was developing lab experiments to fabricate and test new materials. “We were early comrades in figuring out how to debug experiments or fix equipment,” says Keller, Via Separations’ co-founder and chief technology officer. “We were fast friends who spent a lot of time talking about science over burritos.”

Dave went on to write her doctoral thesis on using graphene oxide for water desalination, but that turned out to be the wrong application of the technology from a business perspective, she says. “The cost of desalination doesn’t lie in the membrane materials,” she explains.

So, after Dave and Keller graduated from MIT in 2016, they spent a lot of time talking to customers to learn more about the needs and opportunities for their new separation technology. This research led them to target the paper industry, because the environmental benefits of improving paper processing are enormous, Dave says. “The paper industry is particularly exciting because separation processes just in that industry account for more than 2 percent of U.S. energy consumption,” she says. “It’s a very concentrated, high-energy-use industry.”

Most paper today is made by breaking down the chemical bonds in wood to create wood pulp, the primary ingredient of paper. This process generates a byproduct called black liquor, a toxic solution that was once simply dumped into waterways. To clean up this process, paper mills turned to boiling off the water from black liquor and recovering both water and chemicals for reuse in the pulping process. (Today, the most valuable way to use the liquor is as biomass feedstock to generate energy.) Via Separations plans to accomplish this same separation work by filtering black liquor through its graphene oxide membrane.

“The advantage of graphene oxide is that it’s very robust,” Dave says. “It’s got carbon double bonds that hold together in a lot of environments, including at different pH levels and temperatures that are typically unfriendly to materials.”

Such properties should also make the company’s membranes attractive to other industries that use membrane separation, Keller says, because today’s polymer membranes have drawbacks. “For most of the things we make — from plastics to paper and gasoline — those polymers will swell or react or degrade,” he says.

Graphene oxide is significantly more durable, and Via Separations can customize the pores in the material to suit each industry’s application. “That’s our secret sauce,” Dave says, “modulating pore size while retaining robustness to operate in challenging environments.”

“We’re building a catalog of products to serve different applications,” Keller says, noting that the next target market could be the food and beverage industry. “In that industry, instead of separating different corrosive paper chemicals from water, we’re trying to separate particular sugars and food ingredients from other things.”

Dave, Keller, and Grossman launched Via Separations in 2017 — with a lot of help from MIT. After the seed grant, in 2015, the founders received a year of funding and support from the J-WAFS Solutions program to explore markets and to develop their business plans. The company’s first capital investment came from The Engine, a venture firm founded by MIT to support “tough tech” companies (tech businesses with transformative potential but long and challenging paths to success). They also received advice and support from MIT’s Deshpande Center for Technological Innovation, Venture Mentoring Service, and Technology Licensing Office. In addition, Grossman continues to serve the company as chief scientist.

“We were incredibly fortunate to be starting a company in the MIT entrepreneurial ecosystem,” Keller says, noting that The Engine support alone “probably shaved years off our progress.”

Already, Via Separations has grown to employ 17 people, while significantly scaling up its product. “Our customers are producing thousands of gallons per minute,” Keller explains. “To process that much liquid, we need huge areas of membrane.”

The goal, Dave says, is to contribute to a more sustainable world by making an environmentally beneficial product that makes good business sense. “What we do is make manufacturing things more energy-efficient,” she says. “We allow a paper mill or chemical facility to make more product using less energy and with lower costs. So, there is a bottom-line benefit that’s significant on an industrial scale.”

Keller says he shares Dave’s goal of building a more sustainable future. “Climate change and energy are central challenges of our time,” he says. “Working on something that has a chance to make a meaningful impact on something so important to everyone is really fulfilling.”

This article appears in the Spring 2021 issue of Energy Futures, the magazine of the MIT Energy Initiative.