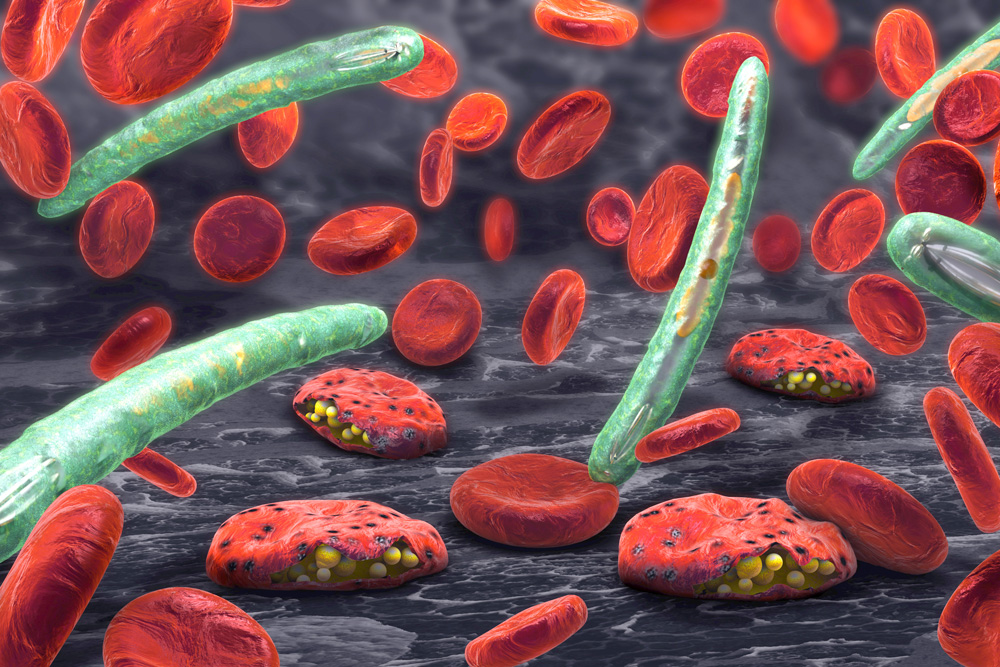 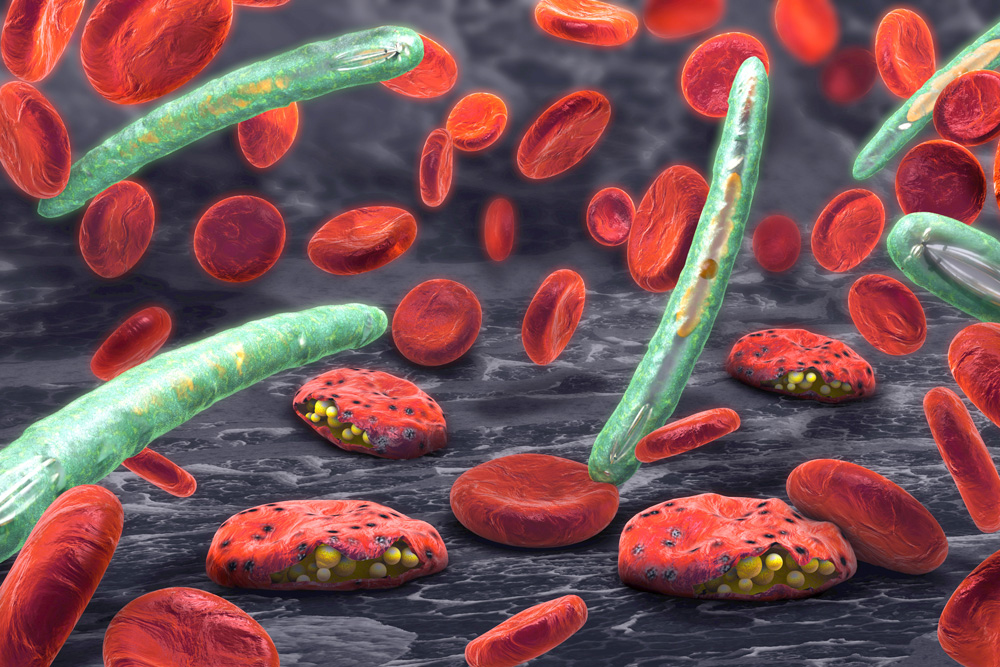 Every year, more than 200 million people are infected with malaria, and nearly 500,000 die from the disease. Existing drugs can treat the infection, but the parasite that causes the disease has evolved resistance to many of them.

To help overcome that resistance, scientists are now searching for drugs that hit novel molecular targets within the Plasmodium falciparum parasite that causes malaria. An international team that includes MIT researchers has identified a potential new target: the acetyl-CoA synthetase, an enzyme that is necessary for the parasite’s survival. They found that two promising compounds that were identified in a large-scale drug screen in 2018 appear to block this enzyme.

The findings suggest that these compounds, or similar molecules that hit the same target, could eventually be developed as effective malaria drugs, the researchers say.

“These compounds provide a possible starting point for optimization, and an understanding that the target is druggable, potentially by other molecules with desirable pharmacological properties,” says Jacquin Niles, a professor of biological engineering at MIT, director of the MIT Center for Environmental Health Sciences, and a senior author of the study along with Dyann Wirth, the Richard Pearson Strong Professor of Infectious Disease at the Harvard T.H. Chan School of Public Health and institute member of the Broad Institute of MIT and Harvard.

Beatriz Baragana, a medicinal chemist at the University of Dundee, and Amanda Lukens, a senior research scientist at the Broad Institute of MIT and Harvard, are communicating authors of the study, which appears in Cell Chemical Biology. The lead authors are Charisse Flerida Pasaje, a senior postdoc at MIT; Robert Summers, a postdoc at the Harvard T.H. Chan School of Public Health; and Joao Pisco from the University of Dundee.

The new study grew out of the Malaria Drug Accelerator (MalDA), an international consortium of infectious disease experts from universities and pharmaceutical companies that are seeking new drugs for malaria, funded by the Bill and Melinda Gates Foundation.

“The mandate of the group is to come up with new antimalarial targets that are good candidates for drug development,” Niles says. “We have had some really effective antimalarial drugs, but eventually resistance becomes an issue, so a big challenge is finding the next effective drug without immediately running into cross-resistance problems.”

The group’s previous screens have uncovered many candidate drugs. In the new study, the team set out to try to discover the targets of two compounds that emerged from their 2018 screen. “Understanding the mechanism of such drug candidates can help researchers during optimization and uncover potential drawbacks early in the process,” Niles says.

The researchers used several experimental techniques to discover the target of the two compounds. In one set of experiments, they generated resistant versions of Plasmodium falciparum by repeatedly exposing them to the drugs. Then they sequenced the genomes of these parasites, which revealed that mutations in an enzyme called acetyl-CoA synthetase helped them to become resistant.

Other studies, including metabolic profiling, genome editing, and differential sensitization using conditional knockdown of target protein expression, confirmed that this enzyme is inhibited by the two compounds. Acetyl-CoA synthetase is an enzyme that catalyzes the production of acetyl-CoA, a molecule that is involved in many cellular functions, including regulation of gene expression. The researchers’ studies suggested that one of the drug candidates binds to the enzyme’s binding site for acetate, while the other blocks the binding site for CoA.

The researchers also found that in Plasmodium falciparum cells, acetyl-CoA synthetase is located primarily in the nucleus. This and other evidence led them to conclude that the enzyme is involved in histone acetylation. This process allows cells to regulate which genes they express by transferring acetyl groups from acetyl-CoA onto histone proteins, the spools around which DNA winds.

The Niles and Wirth labs are now investigating how compounds that interfere with histone acetylation might disrupt gene regulation in the parasite, and how such disruption could lead to parasite death.

None of the currently approved malaria drugs target acetyl-CoA synthetase, and it appears that the identified compounds preferentially bind to the version of the enzyme found in the malaria parasite, making it a good potential drug candidate, the researchers say.

“Further studies need to be carried out to assess their potency against human cell lines, but these are promising compounds, and acetyl-CoA synthetase is an attractive target to push forward into the antimalarial drug discovery pipeline,” Pasaje says.

The compounds can also kill Plasmodium falciparum at multiple stages of its life cycle, including the stages when it infects human liver cells and red blood cells. Most existing drugs target only the form of the parasite that infects red blood cells.

Members of the MalDA consortium at the University of Dundee are working on screening compound libraries to identify additional candidates that have similar mechanisms of action as the two recently discovered compounds and may have more desirable pharmaceutical properties.

“Ideally, there will be an opportunity to examine several potential scaffolds in parallel early, to then choose the most promising candidate(s) for optimization towards use in humans,” Niles says.

The research was funded in part by the Gates Foundation, the Global Health Technology Fund, and the Medicines for Malaria Venture.