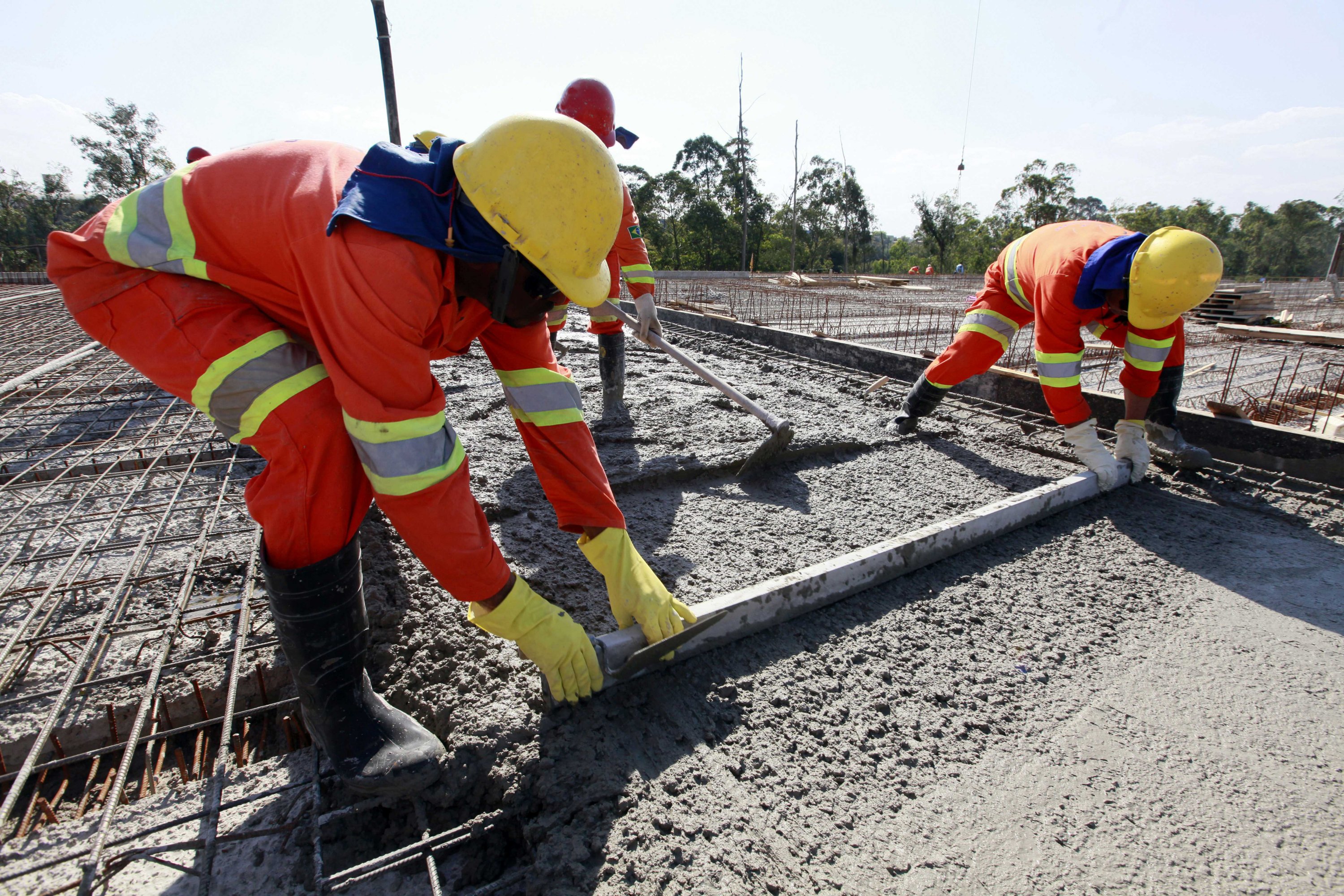 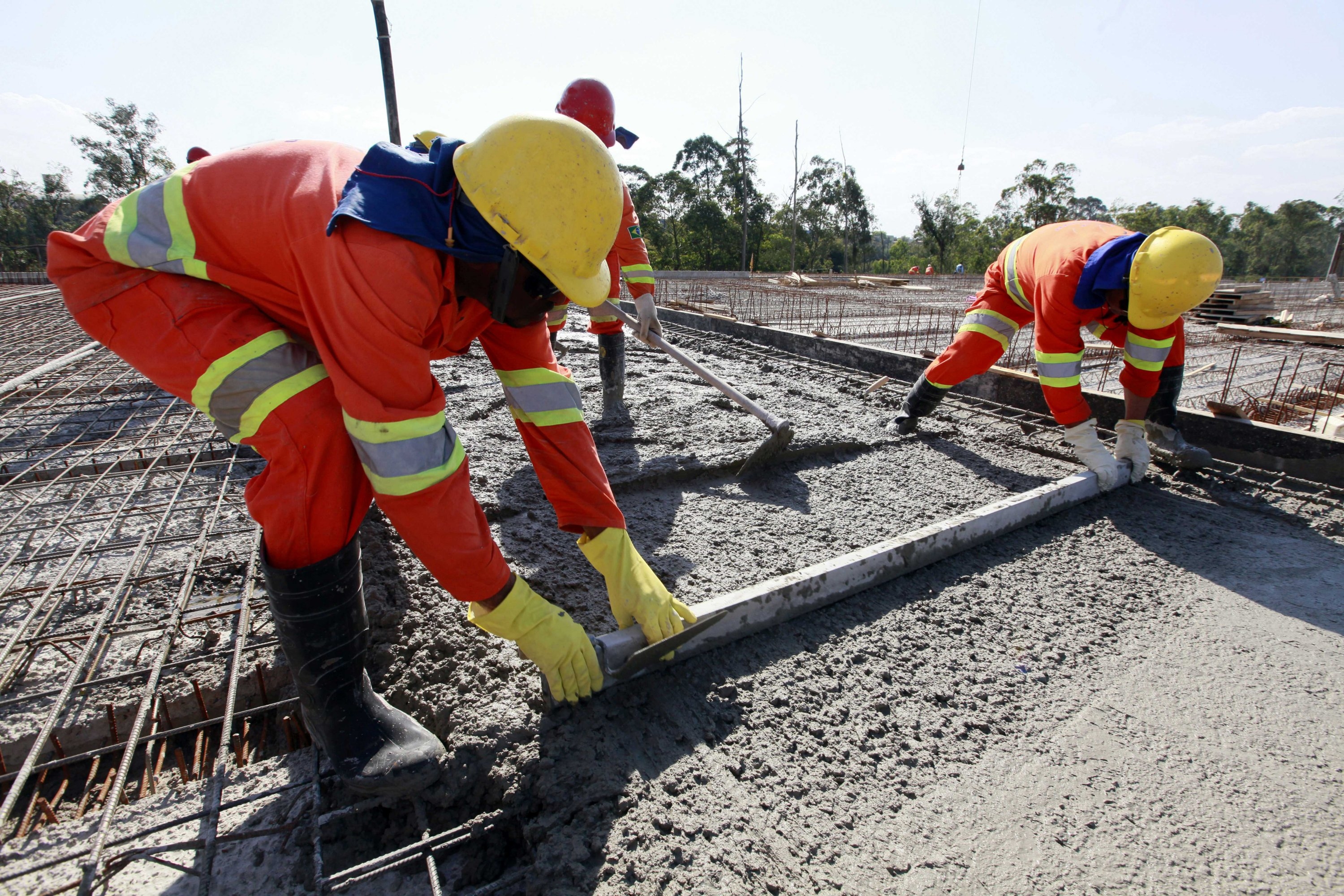 Pavements are an abundant urban surface, covering around 40 percent of American cities. But in addition to carrying traffic, they can also emit heat.

Due to what’s called the urban heat island effect, densely built, impermeable surfaces like pavements can absorb solar radiation and warm up their surroundings by re-emitting that radiation as heat. This phenomenon poses a serious threat to cities. It increases air temperatures by up as much as 7 degrees Fahrenheit and contributes to health and environmental risks — risks that climate change will magnify.

In response, researchers at the MIT Concrete Sustainability Hub (MIT CSHub) are studying how a surface that ordinarily heightens urban heat islands can instead lessen their intensity. Their research focuses on “cool pavements,” which reflect more solar radiation and emit less heat than conventional paving surfaces.

A recent study by a team of current and former MIT CSHub researchers in the journal of Environmental Science and Technology outlines cool pavements and their implementation. The study found that they could lower air temperatures in Boston and Phoenix by up to 1.7 degrees Celsius (3 F) and 2.1 C (3.7 F), respectively. They would also reduce greenhouse gas emissions, cutting total emissions by up to 3 percent in Boston and 6 percent in Phoenix. Achieving these savings, however, requires that cool pavement strategies be selected according to the climate, traffic, and building configurations of each neighborhood.

Cities like Los Angeles and Phoenix have already conducted sizeable experiments with cool pavements, but the technology is still not widely implemented. The CSHub team hopes their research can guide future cool paving projects to help cities cope with a changing climate.

It’s well known that darker surfaces get hotter in sunlight than lighter ones. Climate scientists use a metric called “albedo” to help describe this phenomenon.

“Albedo is a measure of surface reflectivity,” explains Hessam AzariJafari, the paper’s lead author and a postdoc at the MIT CSHub. “Surfaces with low albedo absorb more light and tend to be darker, while high-albedo surfaces are brighter and reflect more light.”

“We can build cool pavements in many different ways,” says Randolph Kirchain, a researcher in the Materials Science Laboratory and co-director of the Concrete Sustainability Hub. “Brighter materials like concrete and lighter-colored aggregates offer higher albedo, while existing asphalt pavements can be made ‘cool’ through reflective coatings.”

CSHub researchers considered these several options in a study of Boston and Phoenix. Their analysis considered different outcomes when concrete, reflective asphalt, and reflective concrete replaced conventional asphalt pavements — which make up more than 95 percent of pavements worldwide.

For a comprehensive understanding of the environmental benefits of cool pavements in Boston and Phoenix, researchers had to look beyond just paving materials. That’s because in addition to lowering air temperatures, cool pavements exert direct and indirect impacts on climate change.

“On the one hand, by lowering temperatures, cool pavements can reduce some need for AC [air conditioning] in the summer while increasing heating demand in the winter,” says AzariJafari. “Conversely, by reflecting light — called incident radiation — onto nearby buildings, cool pavements can warm structures up, which can increase AC usage in the summer and lower heating demand in the winter.”

What’s more, albedo effects are only a portion of the overall life cycle impacts of a cool pavement. In fact, impacts from construction and materials extraction (referred to together as embodied impacts) and the use of the pavement both dominate the life cycle. The primary use phase impact of a pavement — apart from albedo effects  — is excess fuel consumption: Pavements with smooth surfaces and stiff structures cause less excess fuel consumption in the vehicles that drive on them.

Assessing the climate-change impacts of cool pavements, then, is an intricate process — one involving many trade-offs. In their study, the researchers sought to analyze and measure them.

To do this, they used coupled physical simulations to model buildings in thousands of hypothetical neighborhoods. Using this data, they then trained a neural network model to predict impacts based on building and neighborhood characteristics. With this tool in place, it was possible to estimate the impact of cool pavements for each of the thousands of roads and hundreds of thousands of buildings in Boston and Phoenix.

In addition to albedo effects, they also looked at the embodied impacts for all pavement types and the effect of pavement type on vehicle excess fuel consumption due to surface qualities, stiffness, and deterioration rate.

After assessing the life cycle impacts of each cool pavement type, the researchers calculated which material — conventional asphalt, reflective asphalt, concrete, and reflective concrete — benefited each neighborhood most. They found that while cool pavements were advantageous in Boston and Phoenix overall, the ideal materials varied greatly within and between both cities.

“One benefit that was universal across neighborhood type and paving material, was the impact of radiative forcing,” notes AzariJafari. “This was particularly the case in areas with shorter, less-dense buildings, where the effect was most pronounced.”

Only after considering embodied emissions and impacts on fuel consumption did the ideal pavement type manifest for each neighborhood. Once factoring in uncertainty over the life cycle, researchers found that reflective concrete pavements had the best results, proving optimal in 53 percent and 73 percent of the neighborhoods in Boston and Phoenix, respectively.

Once again, uncertainties and variations were identified. In Boston, replacing conventional asphalt pavements with a cool option was always preferred, while in Phoenix concrete pavements — reflective or not — had better outcomes due to rigidity at high temperatures that minimized vehicle fuel consumption. And despite the dominance of concrete in Phoenix, in 17 percent of its neighborhoods all reflective paving options proved more or less as effective, while in 1 percent of cases, conventional pavements were actually superior.

“Though the climate change impacts we studied have proven numerous and often at odds with each other, our conclusions are unambiguous: Cool pavements could offer immense climate change mitigation benefits for both cities,” says Kirchain.

The improvements to air temperatures would be noticeable: the team found that cool pavements would lower peak summer air temperatures in Boston by 1.7 C (3 F) and in Phoenix by 2.1 C (3.7 F). The carbon dioxide emissions reductions would likewise be impressive. Boston would decrease its carbon dioxide emissions by as much as 3 percent over 50 years while reductions in Phoenix would reach 6 percent over the same period.

This analysis is one of the most comprehensive studies of cool pavements to date — but there’s more to investigate. Just as with pavements, it’s also possible to adjust building albedo, which may result in changes to building energy demand. Intensive grid decarbonization and the introduction of low-carbon concrete mixtures may also alter the emissions generated by cool pavements.

There’s still lots of ground to cover for the CSHub team. But by studying cool pavements, they’ve elevated a brilliant climate change solution and opened avenues for further research and future mitigation.

The MIT Concrete Sustainability Hub is a team of researchers from several departments across MIT working on concrete and infrastructure science, engineering, and economics. Its research is supported by the Portland Cement Association and the Ready Mixed Concrete Research and Education Foundation.