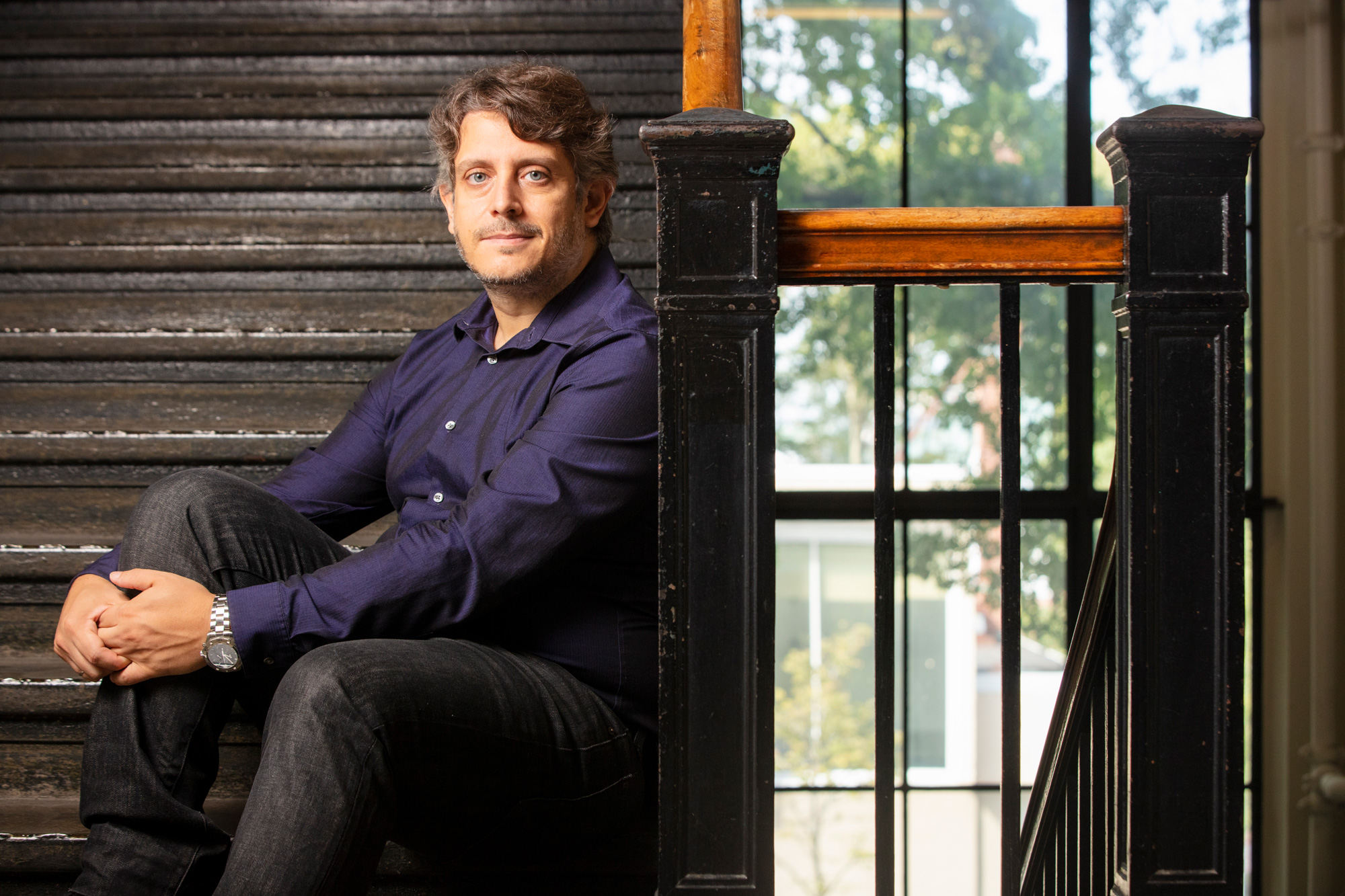 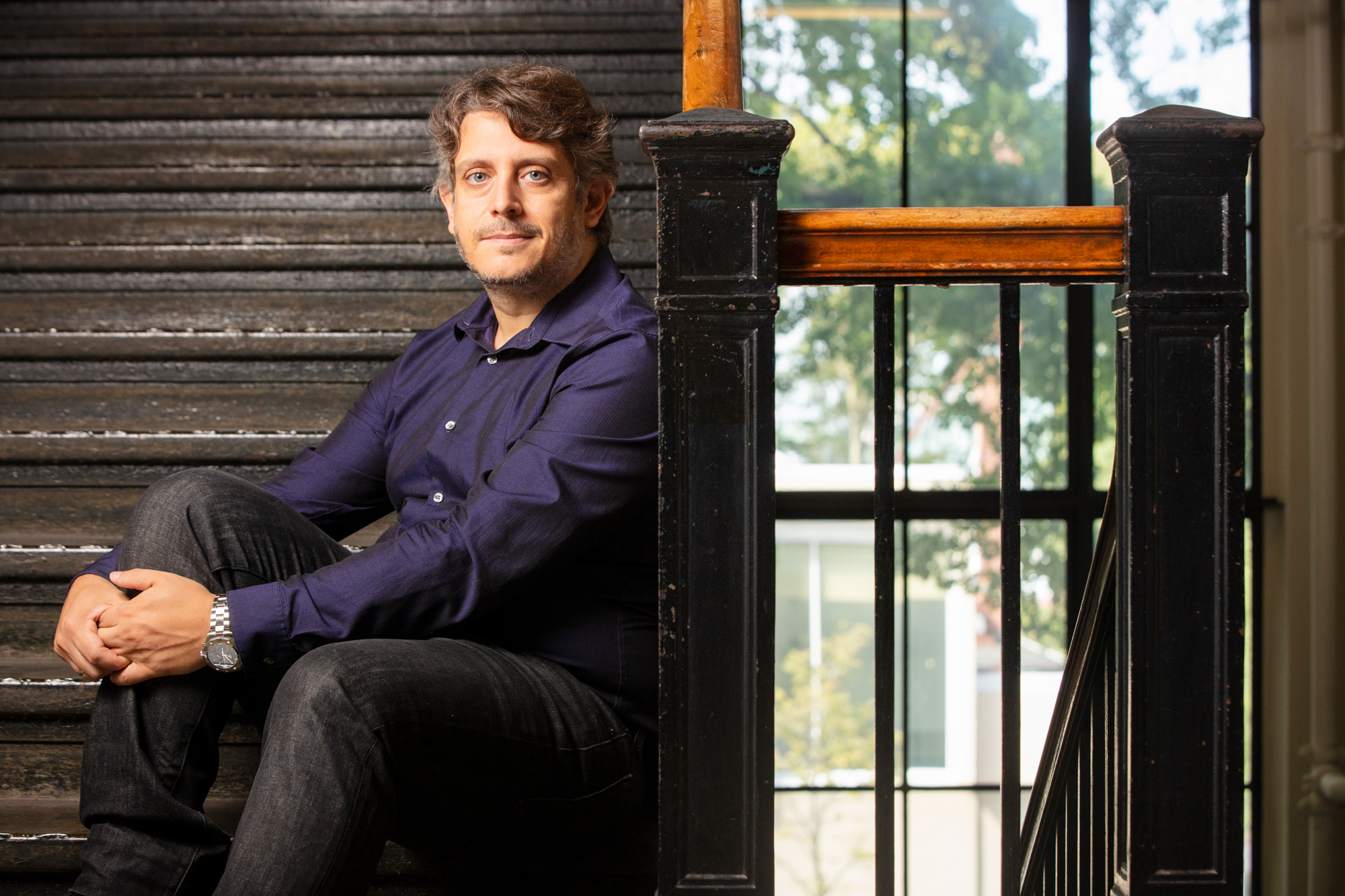 On his first day of classes at the Technical University of Athens’ School of Naval Architecture and Marine Engineering, Themistoklis Sapsis had a very satisfying realization.

“I realized that ships and other maritime structures are the only ones that operate at the interface of two different media: air and water,” says Sapsis. “This property alone creates so many challenges in terms of mathematical and computational modeling. And, of course, these media are not calm at all — they are random and often surprisingly unpredictable.”

In other words, Sapsis did not have to choose between his two great passions: huge, ocean-going ships and structures on the one hand, and mathematics on the other. Today, Sapsis, an associate professor of mechanical engineering at MIT, uses analytical and computational methods to try to predict behavior — such as that of ocean waves or instability inside a gas turbine — amid uncertain and occasionally extreme dynamics. His goal is to create designs for structures that are robust and safe even in a broad range of conditions. For example, he may study the loads acting on a ship during a storm, or the flow separation and lift reduction around a helicopter rotor blade during a difficult maneuver.

“These events are real — they often lead to big catastrophes and casualties,” Sapsis says. “My goal is to predict them and develop algorithms that can simulate them quickly. If we achieve this goal, then we could start talking about optimization and design of these systems with consideration of these extreme, rare, but possibly catastrophic events.”

Growing up in Athens, where great seafaring and mathematical traditions date back to ancient times, Sapsis’ house was “full of machine elements, spare engines, and engineering blueprints,” the tools of his father’s trade as a superintendent engineer in the maritime industry.

“I think what made the biggest impression on me as a child was the size of these vessels and especially the engines. You had to climb five or six flights of stairs to see the whole thing,” he recalls.

Also in the Sapsis home were math and engineering books — “lots of them,” he says. His father insisted that he study math closely, at the same time that the young Sapsis was conducting physics experiments in the basement.

“This back-and-forth transition between dynamical systems — more generally mathematics — and naval architecture” was frequently on his mind, Sapsis says.

In college, Sapsis ended up taking every math class that was offered. He says he had the good fortune to get in touch early on with the most mathematically inclined professor in the School of Naval Architecture and Marine Engineering, who then mentored Sapsis for three years. In his spare time, Sapsis even attended classes in the university’s School of Applied Mathematics.

His undergraduate thesis was on probabilistic description of dynamical systems subjected to random excitations, a topic important to the understanding of the motions of large ships and loads. One of Sapsis’ most memorable research breakthroughs occurred while he was working on that thesis.

“I was given a nice problem by my thesis advisor,” Sapsis says. “He warned me that most likely I would not be able to get something new, as this was an old problem and many had tried in the past decades without success.”

Over the next six months, Sapsis went over every step of the methods that were in the academic literature, “again and again,” he says, trying to understand why various approaches failed. He started to discern a path toward deriving a new set of equations that could achieve his goal, but there were technical obstacles.

“Without a lot of hope, as I knew that his was an old problem, but with a lot of curiosity, I began working on the different steps,” Sapsis says. “After a few weeks of work, I realized that the steps were complete, and I had a new set of equations!”

“It was certainly one of my most enthusiastic moments,” Sapsis says, “when I heard my advisor saying, ‘Yes, this is new and it is important!’”

Since that early success, the engineering and architecture problems associated with building for the extreme and unpredictable ocean environment have provided Sapsis with plenty of research problems to solve.

“Naval architecture is one of the oldest professions, with many open problems remaining and many more new ones coming,” he says. “The theoretical tools should not be more complex than the problem itself. However, in this case there are some really challenging physical problems that require the development of fundamentally new mathematics and computational methods. I am always trying to begin with the fundamentals and build the right theoretical and computational tools to, hopefully, come closer to the modeling of certain complex phenomena.”

Sapsis, who joined the MIT faculty in 2013 and was tenured in 2019, says he loves the energy and pace of the Institute, where “there are so many things happening here that you can never feel you have achieved enough — but in a healthy way.”

“I always feel humbled by the amazing achievements of my colleagues and our students and postdocs,” he says. “It is a place filled with pure passion and talent, blended together for a good cause, to solve the world’s hardest problems.”

These days, Sapsis says it is his students who experience the pure excitement of finding solutions to problems in the field.

“My students and postdocs are now the ones who have the pleasure to be the first to find out when a new idea works,” Sapsis says. “I have to admit, however, that I save some problems for myself.”

In fact, Sapsis says he relaxes by “thinking about a nice problem: a high-risk and low-expectations one. I think of a strategy to go about it but know that most likely it will not work. This is something I don’t consider work.”