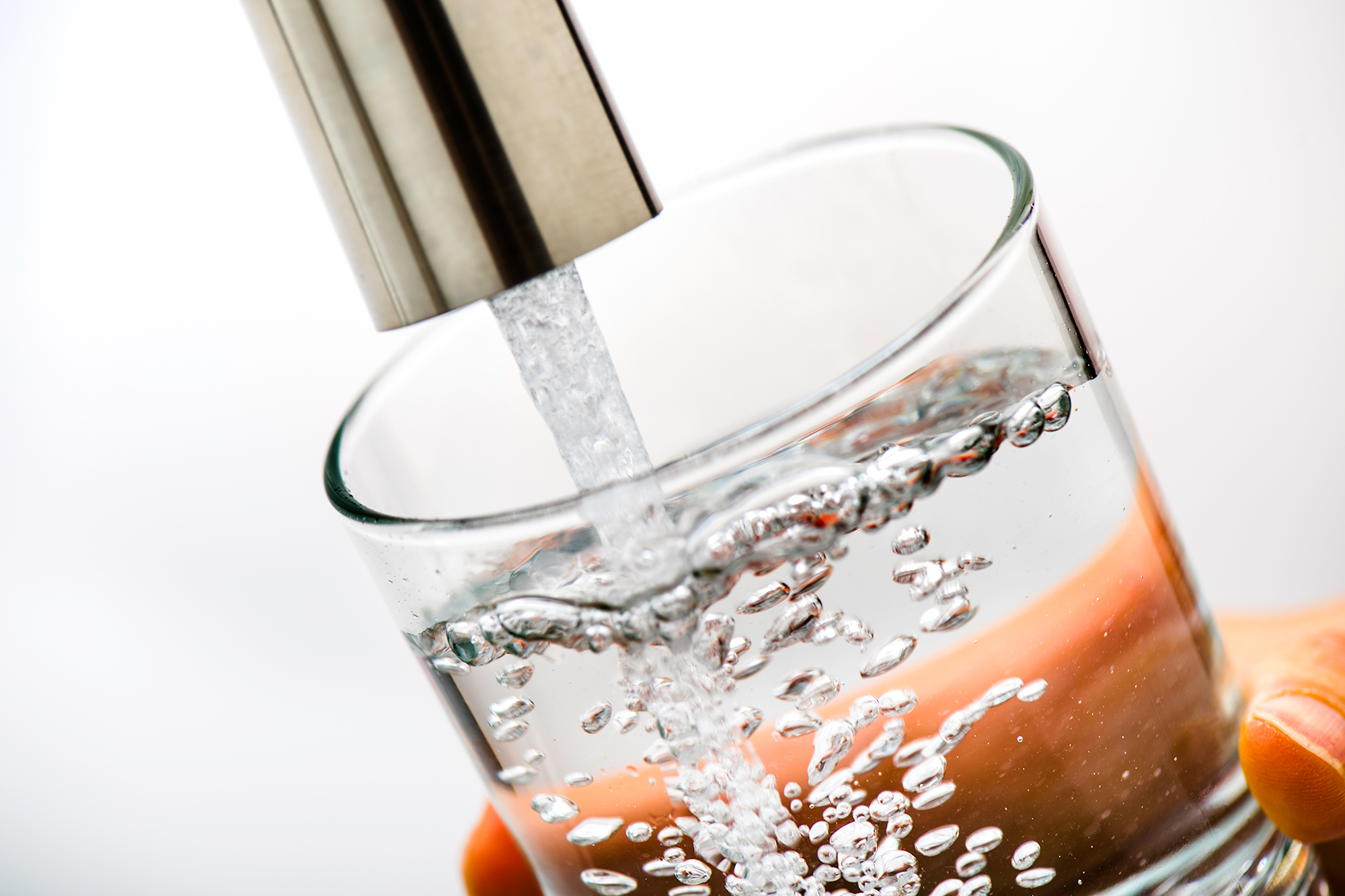 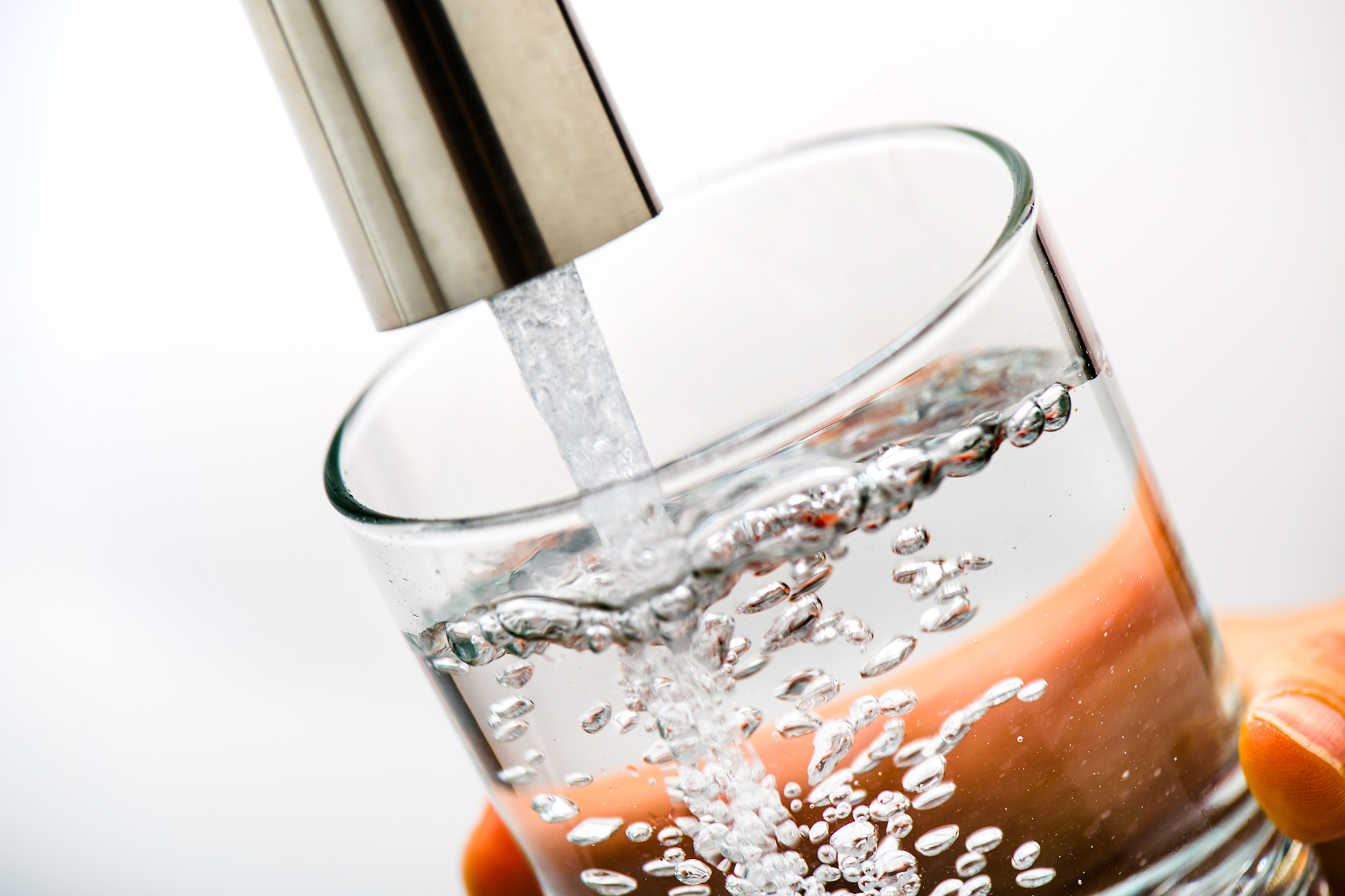 Engineers at MIT have developed a new approach to removing lead or other heavy-metal contaminants from water, in a process that they say is far more energy-efficient than any other currently used system, though there are others under development that come close. Ultimately, it might be used to treat lead-contaminated water supplies at the home level, or to treat contaminated water from some chemical or industrial processes.

The new system is the latest in a series of applications based on initial findings six years ago by members of the same research team, initially developed for desalination of seawater or brackish water, and later adapted for removing radioactive compounds from the cooling water of nuclear power plants. The new version is the first such method that might be applicable for treating household water supplies, as well as industrial uses.

The findings are published today in the journal Environmental Science and Technology – Water, in a paper by MIT graduate students Huanhuan Tian, Mohammad Alkhadra, and Kameron Conforti, and professor of chemical engineering Martin Bazant.

“It’s notoriously difficult to remove toxic heavy metal that’s persistent and present in a lot of different water sources,” Alkhadra says. “Obviously there are competing methods today that do this function, so it’s a matter of which method can do it at lower cost and more reliably.”

The biggest challenge in trying to remove lead is that it is generally present in such tiny concentrations, vastly exceeded by other elements or compounds. For example, sodium is typically present in drinking water at a concentration of tens of parts per million, whereas lead can be highly toxic at just a few parts per billion. Most existing processes, such as reverse osmosis or distillation, remove everything at once, Alkhadra explains. This not only takes much more energy than would be needed for a selective removal, but it’s counterproductive since small amounts of elements such as sodium and magnesium are actually essential for healthy drinking water.

The new approach is to use a process called shock electrodialysis, in which an electric field is used to produce a shockwave inside a pipe carrying the contaminated water. The shockwave separates the liquid into two streams, selectively pulling certain electrically charged atoms, or ions, toward one side of the flow by tuning the properties of the shockwave to match the target ions, while leaving a stream of relatively pure water on the other side. The stream containing the concentrated lead ions can then be easily separated out using a mechanical barrier in the pipe.

In principle, “this makes the process much cheaper,” Bazant says, “because the electrical energy that you’re putting in to do the separation is really going after the high-value target, which is the lead. You’re not wasting a lot of energy removing the sodium.” Because the lead is present at such low concentration, “there’s not a lot of current involved in removing those ions, so this can be a very cost-effective way.”

The process still has its limitations, as it has only been demonstrated at small laboratory scale and at quite slow flow rates. Scaling up the process to make it practical for in-home use will require further research, and larger-scale industrial uses will take even longer. But it could be practical within a few years for some home-based systems, Bazant says.

For example, a home whose water supply is heavily contaminated with lead might have a system in the cellar that slowly processes a stream of water, filling a tank with lead-free water to be used for drinking and cooking, while leaving most of the water untreated for uses like toilet flushing or watering the lawn. Such uses might be appropriate as an interim measure for places like Flint, Michigan, where the water, mostly contaminated by the distribution pipes, will take many years to remediate through pipe replacements.

The process could also be adapted for some industrial uses such as cleaning water produced in mining or drilling operations, so that the treated water can be safely disposed of or reused. And in some cases, this could also provide a way of recovering metals that contaminate water but could actually be a valuable product if they were separated out; for example, some such minerals could be used to process semiconductors or pharmaceuticals or other high-tech products, the researchers say.

Direct comparisons of the economics of such a system versus existing methods is difficult, Bazant says, because in filtration systems, for example, the costs are mainly for replacing the filter materials, which quickly clog up and become unusable, whereas in this system the costs are mostly for the ongoing energy input, which is very small. At this point, the shock electrodialysis system has been operated for several weeks, but it’s too soon to estimate the real-world longevity of such a system, he says.

Developing the process into a scalable commercial product will take some time, but “we have shown how this could be done, from a technical standpoint,” Bazant says. “The main issue would be on the economic side,” he adds. That includes figuring out the most appropriate applications and developing specific configurations that would meet those uses. “We do have a reasonable idea of how to scale this up. So it’s a question of having the resources,” which might be a role for a startup company rather than an academic research lab, he adds.

“I think this is an exciting result,” he says, “because it shows that we really can address this important application” of cleaning the lead from drinking water. For example, he says, there are places now that perform desalination of seawater using reverse osmosis, but they have to run this expensive process twice in a row, first to get the salt out, and then again to remove the low-level but highly toxic contaminants like lead. This new process might be used instead of the second round of reverse osmosis, at a far lower expenditure of energy.