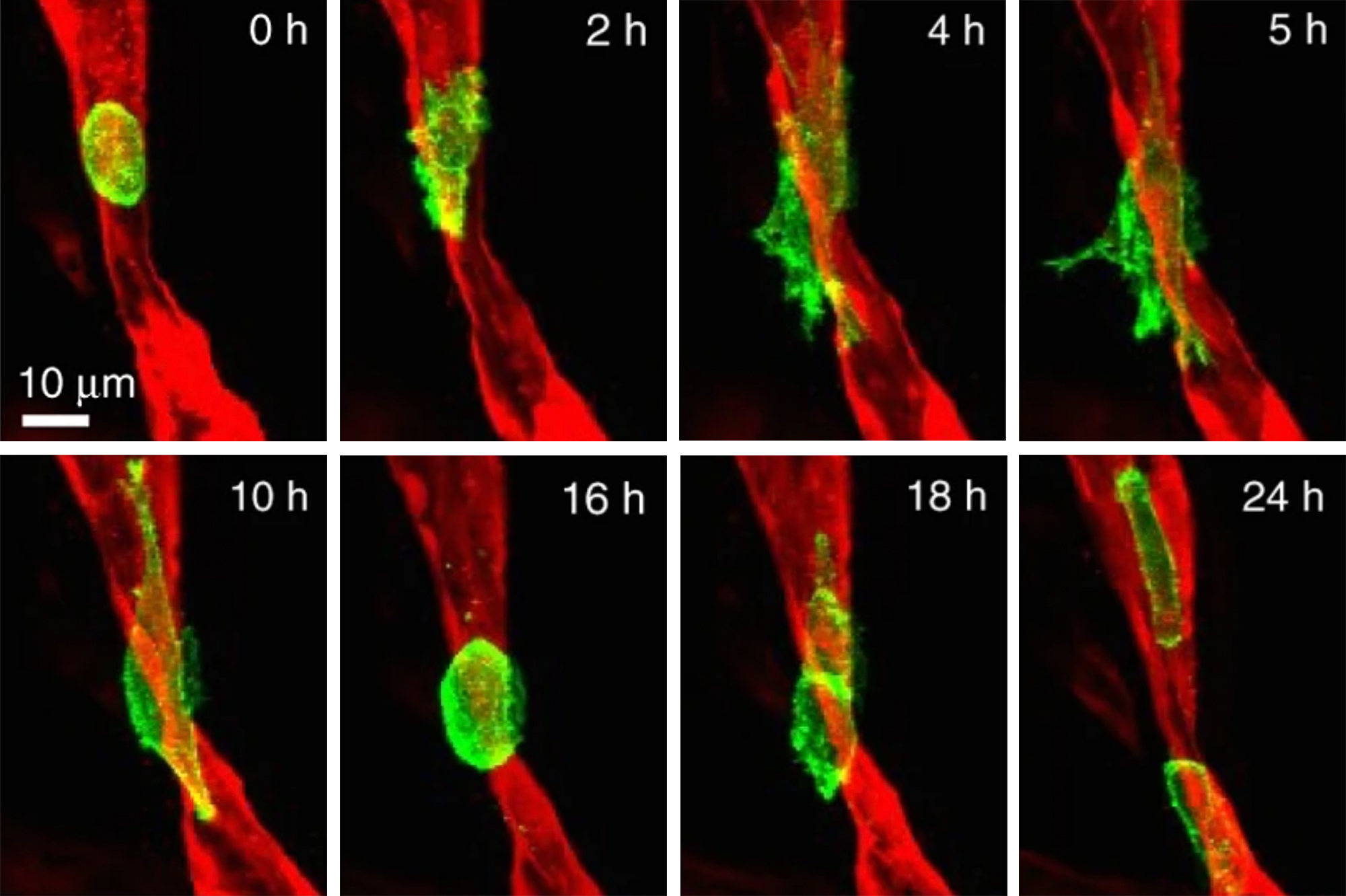 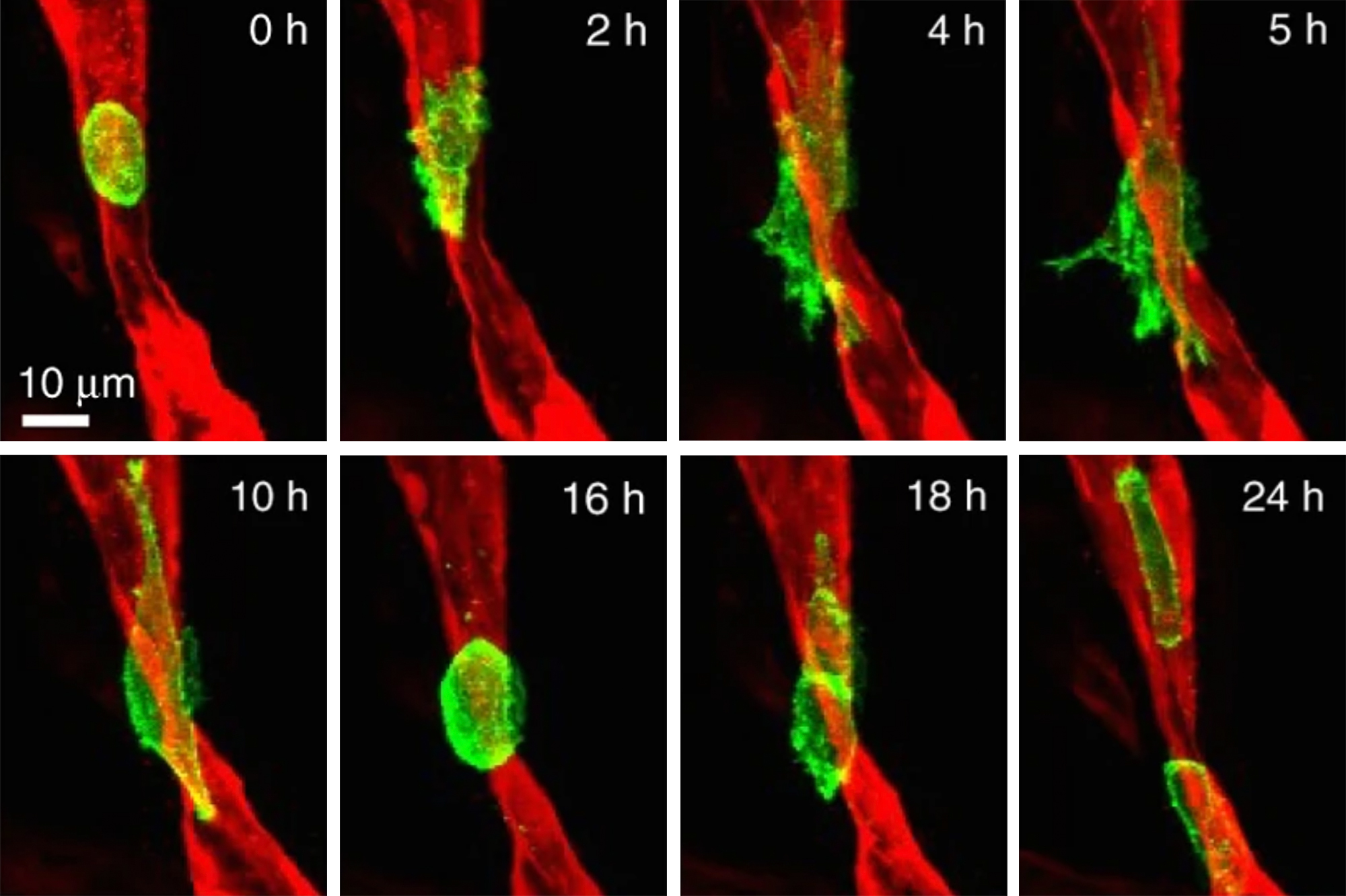 Metastatic cancer is responsible for the vast majority of cancer mortality, but it is difficult for scientists to predict which cells will successfully complete their migration from primary tumor to eventual recolonization in a far-flung region of the body. Subject to a wide range of mechanical and physical forces in the bloodstream, circulating tumor cells can be trapped or damaged before they complete their journey. Additionally, many of the cells that do survive and successfully invade a new site enter a state of dormancy, proving resistant to chemotherapy and becoming likely candidates for initiating late-stage metastases.

A team co-led by Roger Kamm, the Cecil and Ida Green Distinguished Professor of Biological and Mechanical Engineering and a member of the Koch Institute for Integrative Cancer Research, and Vivek Shenoy, the Eduardo Glandt Distinguished Professor in the School of Engineering and Applied Sciences at the University of Pennsylvania, has received a $7.8 million, five-year grant from the National Institutes of Health (NIH) to join an inaugural group of centers that NIH has named the Metastasis Network (MetNet), to study how metastasizing tumor cells adapt to mechanical stresses.

The team includes researchers from multiple institutions, including Vadim Backman of Northwestern University, Peter Friedl of MD Anderson Cancer Center, and Franziska Michor of the Dana-Farber Cancer Institute. The grant, known as a U54, is the sixth such grant received by Koch Institute investigators since the Koch Institute’s inception, and the first such grant to specifically address the challenges of metastasis, a key pillar of the Koch Institute’s cancer research strategy.

“Even small primary tumors shed millions of cells, but only a very small fraction will survive and seed a metastatic tumor,” explains Kamm. “But while we have learned a lot about the molecular characteristics that drive metastasis, we don’t know much about how physical forces influence a metastatic cell’s fate.”

This understanding has been hindered by the difficulty of developing models that faithfully replicate the multi-step process of human metastasis. However, Kamm’s Mechanobiology Laboratory has been developing microfluidic platforms over the past 15 years with the aim of studying various aspects of vascular disease, cancer, and neurological disease. The technology, which facilitates simultaneous 3D, multi-cell type cultures, has been applied to investigations of vascular barrier function, amyotrophic lateral sclerosis, and Alzheimer’s disease, among others. In cancer, the Kamm lab has been using their platform to characterize the processes leading to metastasis and the physical mechanisms by which circulating tumor cells arrest in the smallest blood vessels and then extravasate — that is, squeeze between the cells of the blood vessel wall into nearby organ tissue.

The new MetNet center will combine the Kamm lab’s in vitro 3D tissue models with in vivo imaging and computational techniques including genomic analysis to identify the physical stressors that impact metastasis and describe how these stressors impact cell fate, including cell death, dormancy, or proliferation. Initial studies will focus on triple-negative breast cancer and melanoma.

“We are excited about this grant because it brings together complementary approaches and disciplinary perspectives to illuminate the intricacies of biomechanical processes that have a profound, yet often understudied, impact on human health,” says Kamm.

Shenoy adds that “integrating theoretical models with experiments will enable us to better understand which cell sub-populations are able to cope with mechanical stressors, and may lead to innovative treatments targeting the mechano-biological processes in the metastatic cascade.”

Extracting the cells at various stages of metastatic progression and then performing genomic sequencing and high-resolution imaging will enable investigators to identify alterations to gene expression with mechanical causes throughout the metastatic process. In particular, the team is interested in identifying how changes to the structure of chromatin — complex structures of DNA and proteins — may lead to alterations in gene expression as the cell’s nucleus is deformed during circulation and extravasation.

The team will also seek to understand why some cancers are more likely to metastasize to certain tissues and not others, investigating the hypothesis that some tissues are more easily colonized by certain cancers because differences in physiology result in differences in mechanical stresses. The team uses two tissue models that present very different physical environments for tumor cells: highly permeable liver tissue, where blood pressure is low and blood moves slowly, and more impermeable skin tissue, where blood pressure is high and blood moves more quickly.

In addition to gaining a fundamental understanding of how mechanical stressors impact metastasis, the MetNet team aims to identify new therapeutic strategies to combat metastasizing or dormant tumor cells, either by changing the environment to be less conducive to metastasis or intervening in the tumor cell’s ability to survive and adapt to a hostile environment. They expect to expand their research to additional cancer types over the grant’s duration.