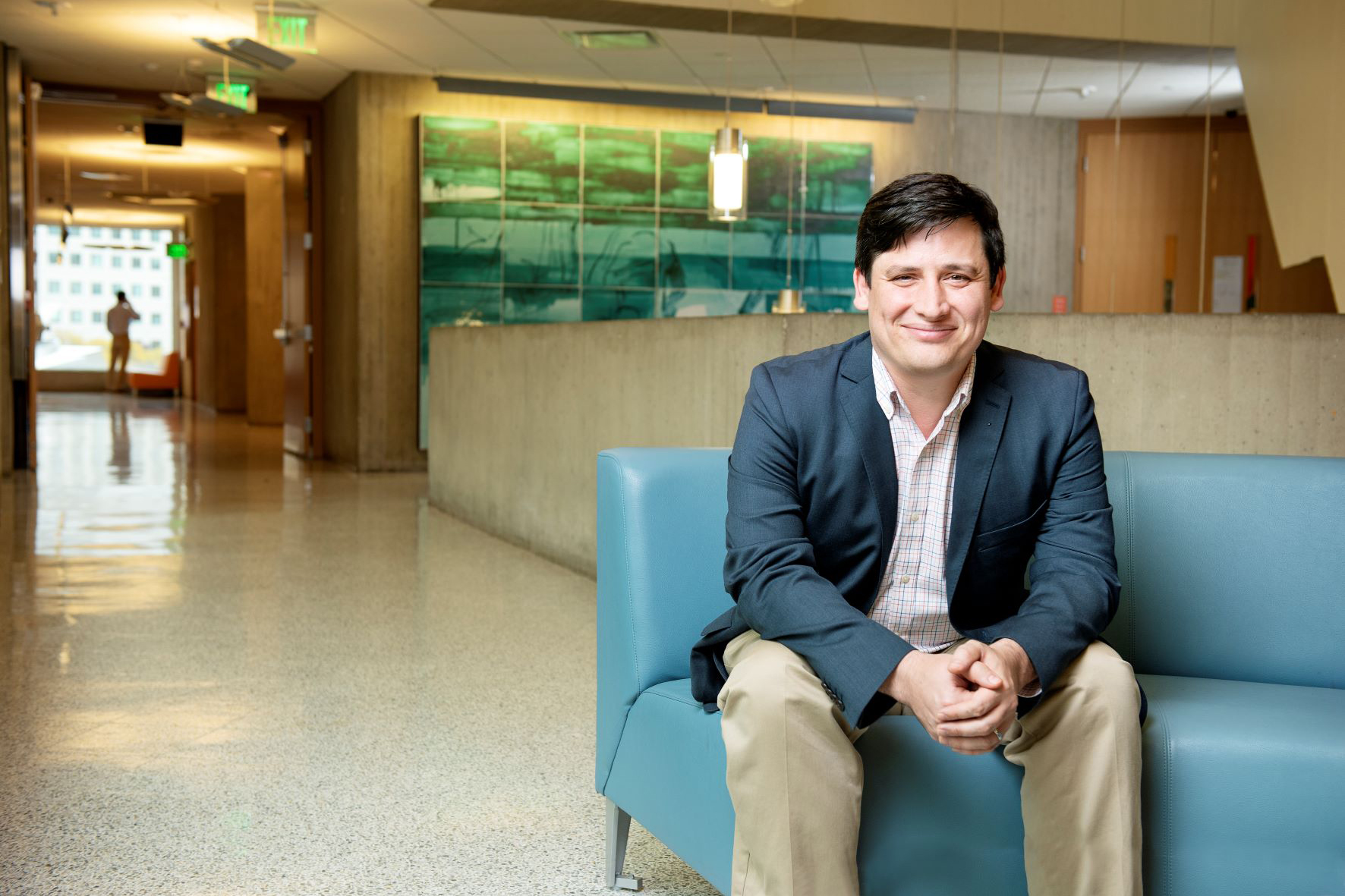 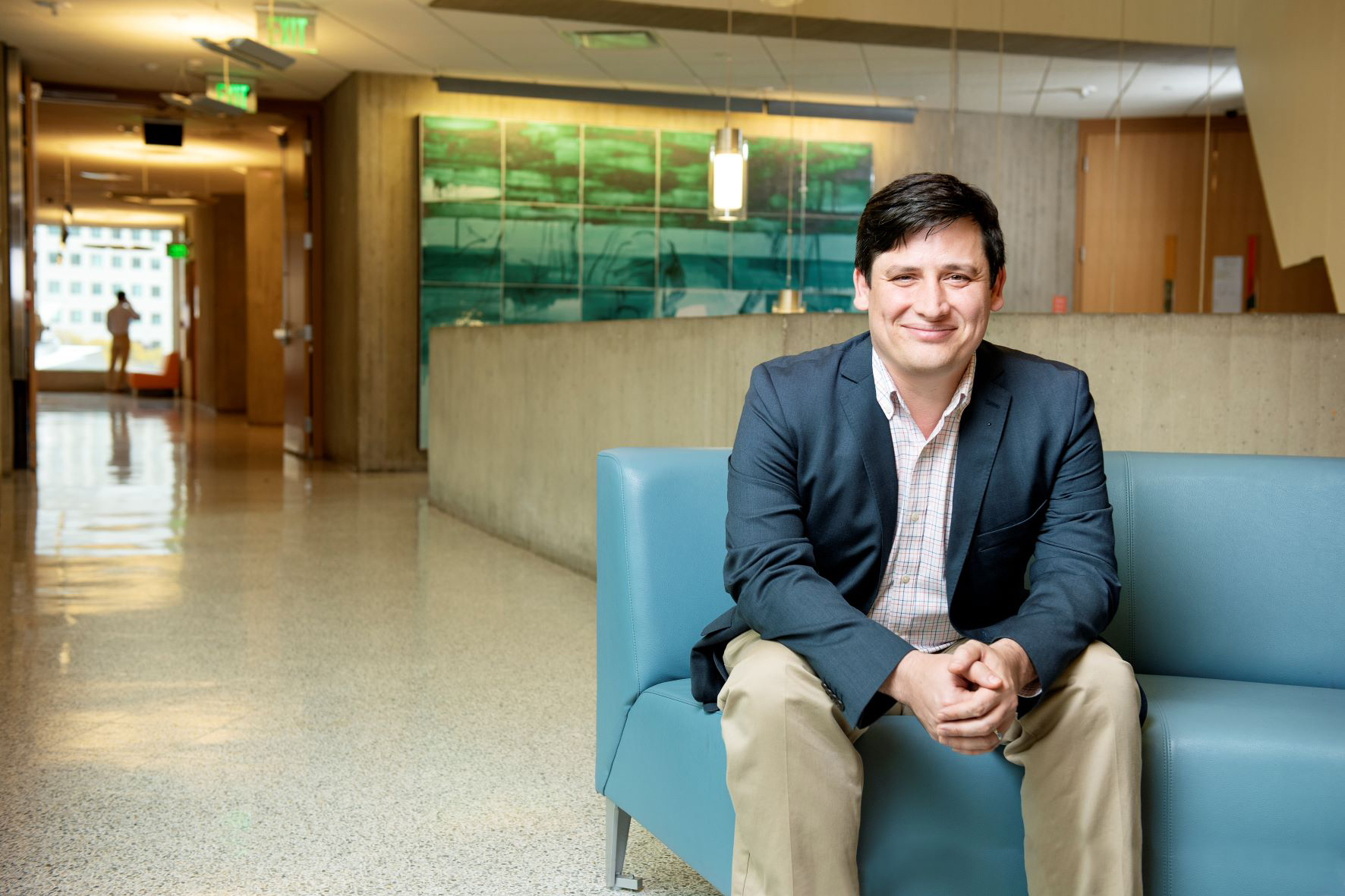 James Swan, an associate professor of chemical engineering at MIT, died Nov. 5, following a medical event. He was 39.

Swan, who joined the MIT faculty in 2013, had recently earned tenure and held the Class of ’22 Career Development Chair. His research focused on how microstructured materials, particularly nanoparticles, can be manipulated for the benefit of society. His lab also studied the structure and dynamics of soft matter, which includes gels, colloids, and many biological materials.

Paula Hammond, an MIT Institute Professor and head of MIT’s Department of Chemical Engineering, describes Swan as an outstanding scholar and beloved colleague, teacher, and mentor.

“Jim was both brilliant and kind, a thoughtful and generous mentor and teacher,” Hammond says. “His scientific accomplishments were truly groundbreaking and opened the world to new levels of understanding complex material systems; however, his biggest and largest gifts to us were his scholarship, his sense of integrity and humanity, and the guidance, wisdom, strength, and confidence that he provided to his students and postdocs.”

“Our hearts break for his family, friends and students and his colleagues at MIT and across the discipline as they endure this untimely loss,” Reif wrote in his message to the community. “For faculty inside and outside the [chemical engineering] department, he was beloved for his intellectual generosity, personal wisdom and kindness.”

Swan’s research focused on computation of Brownian dynamics — the random motion of particles suspended in a material such as a gas or liquid — including hydrodynamic interactions that can greatly influence molecular and particle behavior in flow.

“He generated new computational approaches that have completely revolutionized the way in which we understand and address these very important materials systems in flow,” Hammond says.

In recent work, Swan had developed a new framework to help guide the design of new materials that belong to a class known as “particulate gels.” Many everyday items such as paint, yogurt, and toothpaste belong to this class of material, in which small pieces of one kind of substance are suspended within another.

Based on laboratory experiments and computational simulations, Swan and his colleagues developed mathematical models that can predict the macroscopic mechanical and flow properties, such as elasticity and settling, that result from the networks of particles that form within these gels.

He also developed models that could be used to optimize the flow properties of therapeutic antibodies as they are injected, which could help make such treatments more effective.

After finishing his doctorate, Swan worked in the laboratory of Eric Furst in the Department of Chemical and Biomolecular Engineering at the University of Delaware, where he directed experimental investigations of nanoparticle self-assembly that were performed by astronauts on the International Space Station.

At MIT, he taught Introduction to Chemical Engineering for several years to second-term, first-year undergraduates; he was also the instructor for the department’s core required graduate course in numerical methods. For three years in a row, he won the MIT Chemical Engineering Graduate Teaching Award, an honor voted on by students.

“The training of students was one of Jim’s greatest joys,” says Patrick Doyle, the Robert T. Haslam Professor of Chemical Engineering at MIT. “Among his research group, Jim was known for his intellectual depth and creative approaches to solving complex problems. Above all, he was known as a caring mentor and wonderful listener. Jim was keen to spend hours scribbling ideas on the whiteboard with his students and also carve out time to talk about life.”

This semester, Swan was co-teaching a course on heat transfer, mass transfer, and fluid mechanics with Martin Bazant, the E.G. Roos Professor of Chemical Engineering.

“Jim was a beloved and effective teacher, a gifted and inspirational researcher, and a compassionate advisor and friend. He was taken too soon and will be sorely missed. Our hearts go out to his family,” Bazant says.

In 2016, Swan received a National Science Foundation CAREER Award and an American Chemical Society Petroleum Research Fund Doctoral New Investigator Award. He was also awarded the Postdoctoral Scholar Poster Prize at the 82nd Annual Meeting of the Society of Rheology in 2010.

Outside of his work, Swan enjoyed cooking, fishing, paddleboarding, and doing science experiments with his son, Henry, says his wife, Laura Swan.

In addition to his wife and son, Swan is survived by his parents, Gregory Swan and Jeanine Blanchard; his stepmother, Paulette Swan; his stepfather, Tim Blanchard; a sister, Heather Evanoff; parents-in-law, Thomas and Betsy McPhee; sisters-in-law Diana McPhee and Lisa Grinell; brother-in-law Andrew McPhee; and many aunts, uncles, and cousins.

Plans at MIT for a memorial will be announced at a later date.