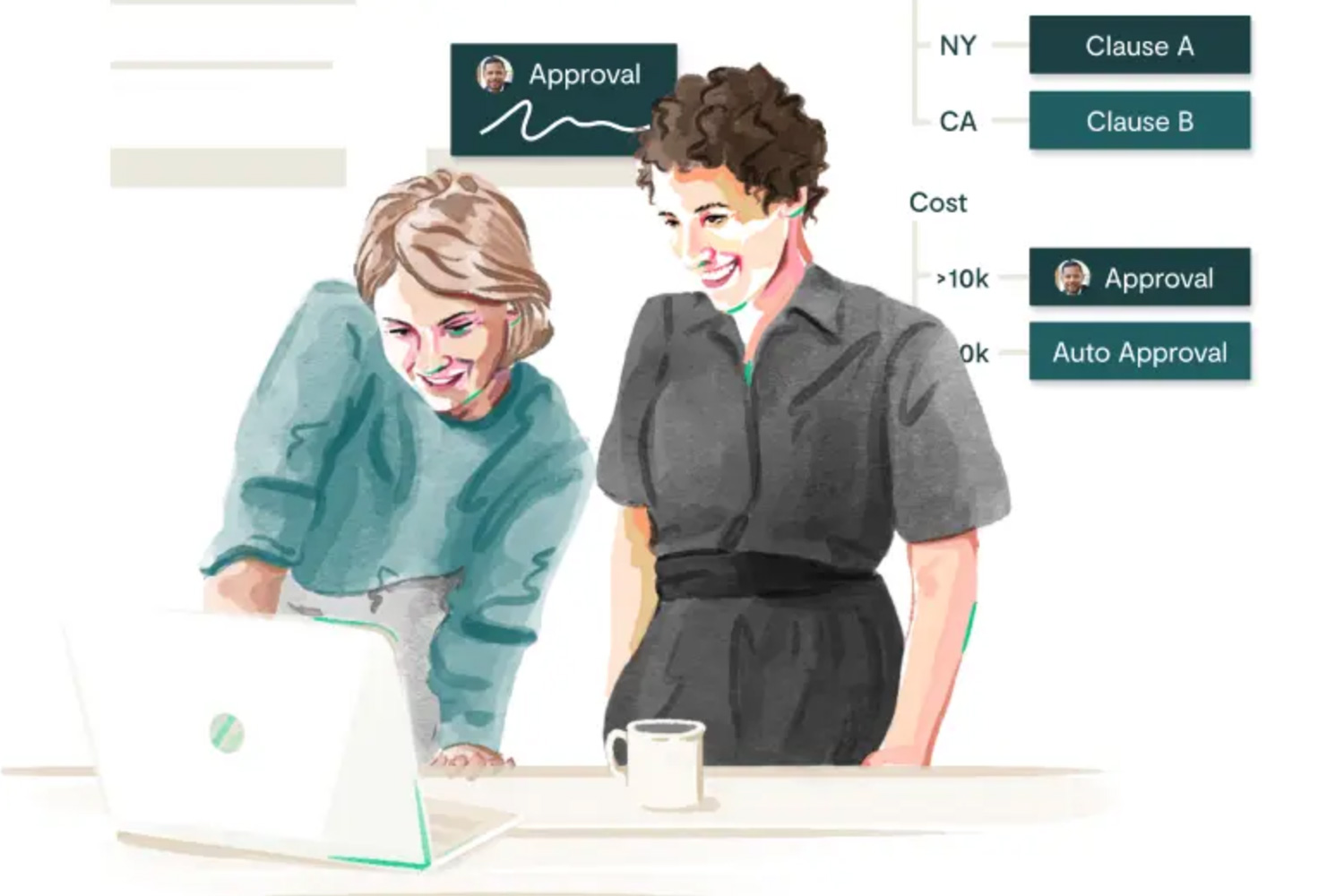 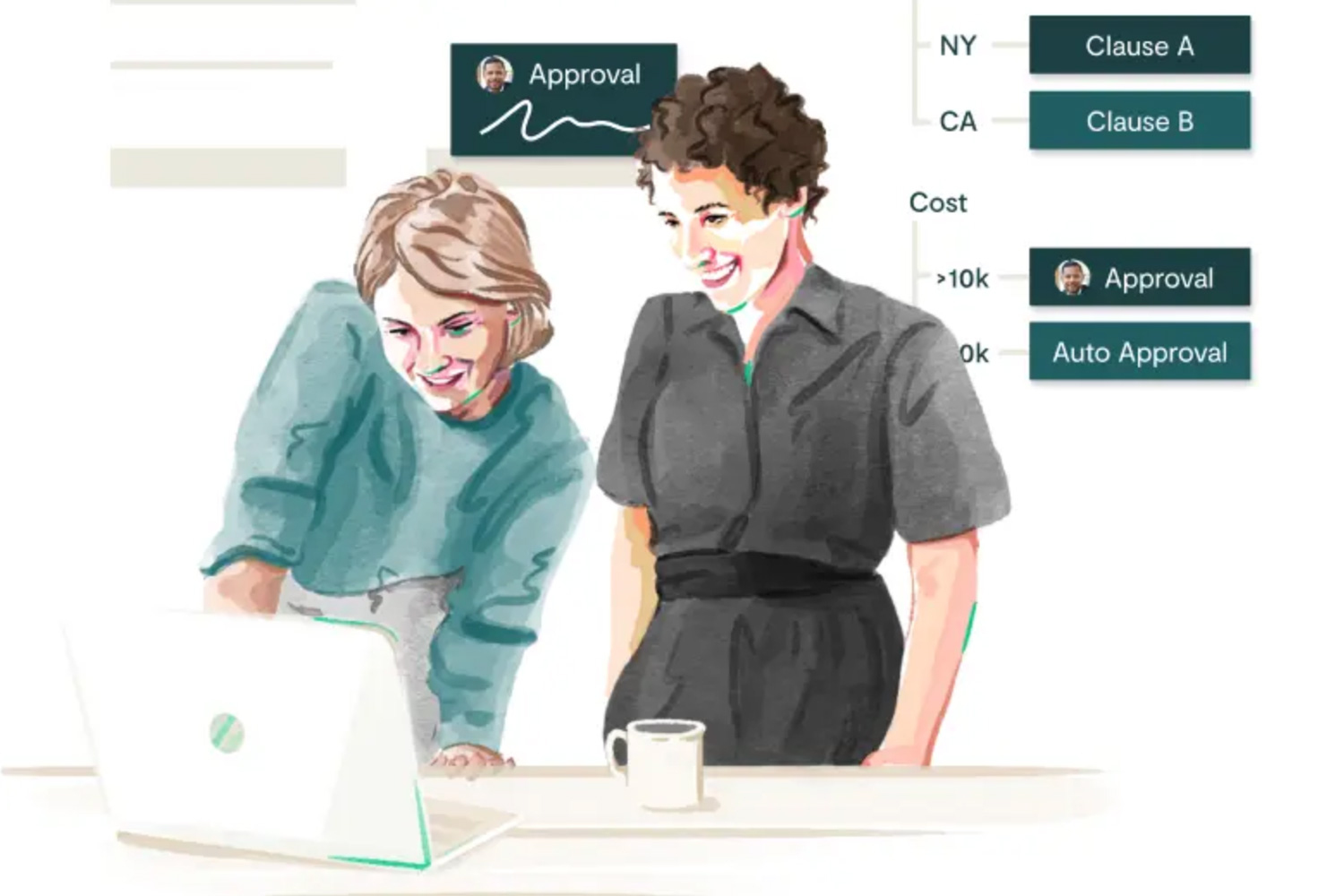 At the heart of nearly every purchase, sale, partnership, acceptance, and rejection is a contract. Businesses depend on people’s ability to build and understand contracts, especially in response to unique and fast-changing circumstances — like a global pandemic, for example.

Even before the pandemic, many businesses were struggling to keep up with accelerating changes to operations, such as ballooning partnerships with online influencers, new digital business models, and frequent software updates affecting millions of users.

For the last seven years, MIT alumnus-founded Ironclad has developed digital tools to help people collaborate on contracts. The company’s platform streamlines manual review processes, organizes communications like emails and comments, and collects snapshots of every version of the contract. Along the way, Ironclad collects contract data then lets users make simple, Google search-like queries to figure out who does what, when.

For Ironclad co-founder and Chief Technology Officer Cai GoGwilt ’10 SM ’11, who has two degrees in computer science and electrical engineering from MIT and has spent his career in software development, the world of contracts might seem like a radical departure.

But GoGwilt doesn’t see it that way. He thinks about contracts like code. The lawyers and contract specialists are like the engineers writing the code, and the legal system is like the computer.

“The data locked inside of contracts governs the entire business. It governs in many ways the entire economy in terms of the relationships between businesses,” GoGwilt says. “In a sense, the world of contracts is like the operating system for society. So, by building a system that helps unlock the data in contracts, we’re helping to build that operating system.”

GoGwilt’s perspective is unique in a space traditionally run by lawyers, and it has helped make Ironclad a rapidly growing software company with more than 400 employees. Ironclad’s customers span nearly every industry and include L’Oreal, Reddit, Fitbit, and Dropbox.

The past two years have been a whirlwind of learning and growth for Ironclad. Health care companies used Ironclad’s services to shift to telehealth delivery channels. DoorDash used Ironclad to scale the number of restaurants it partnered with. The Texas Rangers baseball team used Ironclad to sell seats and suites — and, when games were cancelled, amend those contracts.

“A big part of the challenge is harnessing the human intellect,” GoGwilt says. “People are really good at certain things and bad at other things, and computers are good at some of the things that people are bad at. Once you understand what options are on the table, the human is going to know what the best options are, especially for decisions that affect other people. We’re taking care of the operational side of things to free people to spend more time on things like strategic thinking.”

From codes to contracts

After earning undergraduate degrees from MIT in physics and computer science and electrical engineering in 2010 and a master’s degree in computer science and electrical engineering in 2011, GoGwilt worked as a software engineer at Palantir for three years. When he left, he looked for industries that could benefit from the processes software engineers had created to handle complex code developments and rollouts.

“My interest in contracting technology came from trying to bring the collaborative process of software into another domain,” GoGwilt says.

As he spoke to lawyers and learned more about contracting, the complaints he heard about the industry sounded familiar.

“There are a lot of parallels between the problems our users confront every day and the problems faced by software engineers, like struggling to collaborate, making sure there’s a centralized version control system, approving changes, discussing changes outside the contract,” GoGwilt says. “The evolution of the contract is just as important as the final state of it.”

Many people assume lawyers are the only people involved in writing contracts, but lawyers aren’t the experts in the problems and objectives of the business. If a company wants to partner with an online influencer, for instance, the marketing and business development teams will need to play a leading role in stipulating the conditions of the agreement. If a company is seeking to become fully remote or bring people back to the office, management, human resources, and employees should have a seat at the table when the contract is being written.

“I think of it as the coding platform for contract specialists,” GoGwilt says. “It’s very much a developer environment, where you can start your contact, iterate, turn the contract into code, pull out the variables, flow together the approval and signature processes.”

Responding to the pandemic

GoGwilt met Ironclad co-founder Jason Boehmig at a legal technology conference in October of 2014. Boehmig had quit his job as an attorney the same day GoGwilt had quit his job as a software engineer. They realized they had complimentary skills and founded Ironclad within a month of meeting.

As the pair built out their company’s workflow tool, Ironclad gained traction among businesses struggling to keep up with contract requirements related to changes to their products, partnerships, and processes. When the pandemic hit, every business began grappling with those problems.

“These contracts could help businesses stay flexible through the next downturn without having to resort to things like cutting staff and upping their pricing,” GoGwilt says.

Ultimately, GoGwilt believes Ironclad is enabling a new form of collaboration that will make everyone happier with the final product.

“Negotiation is often thought of as people butting heads, there’s this idea of opposition, but that’s wrong,” GoGwilt says. “At the end of the day, we’re trying to come to an agreement, we’re trying to codify what we agree to, and so we should collaborate to make that happen. The only reason it’s thought of as an antagonistic process is because there aren’t great tools to manage it, and that’s what we’re bringing into the world.”