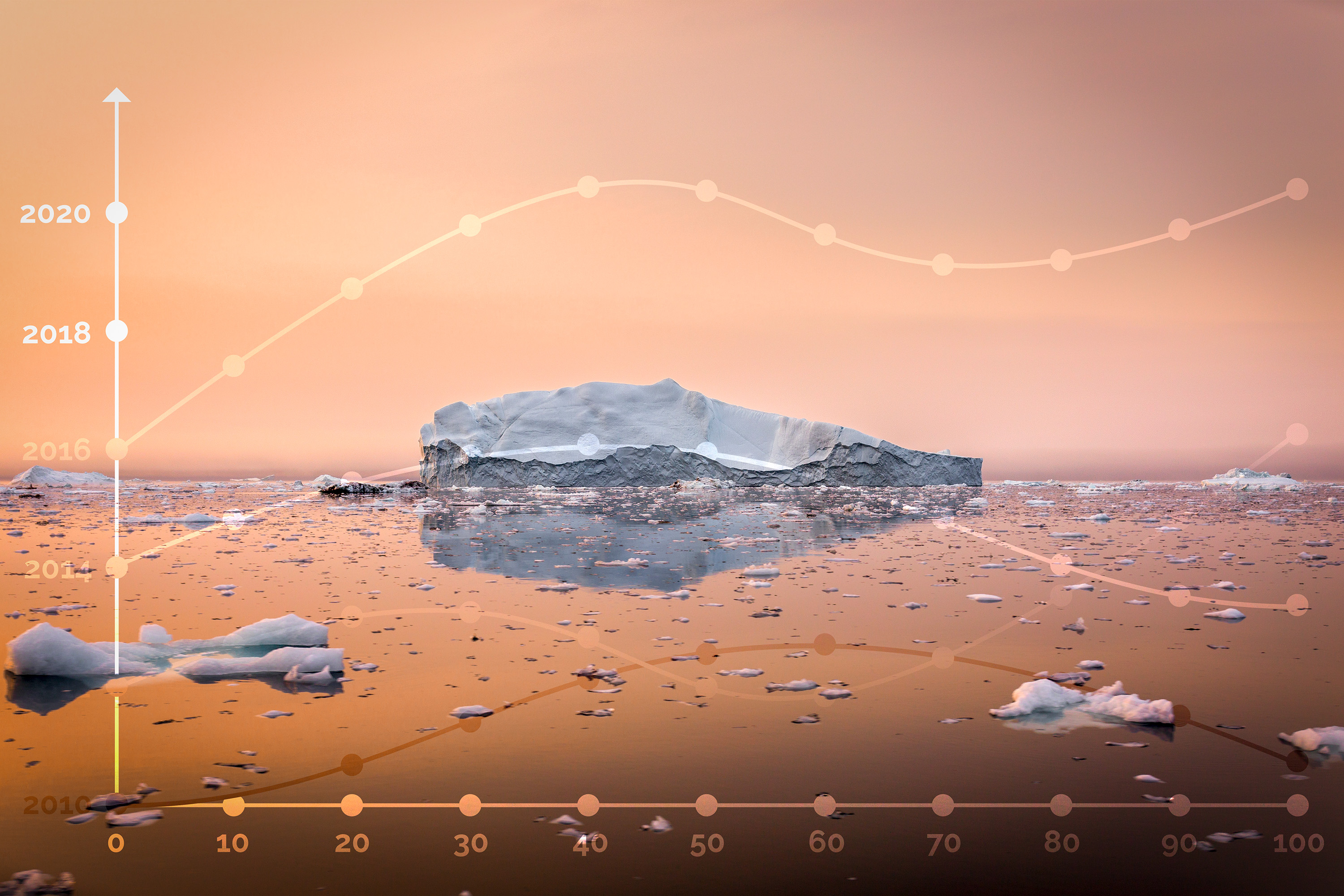 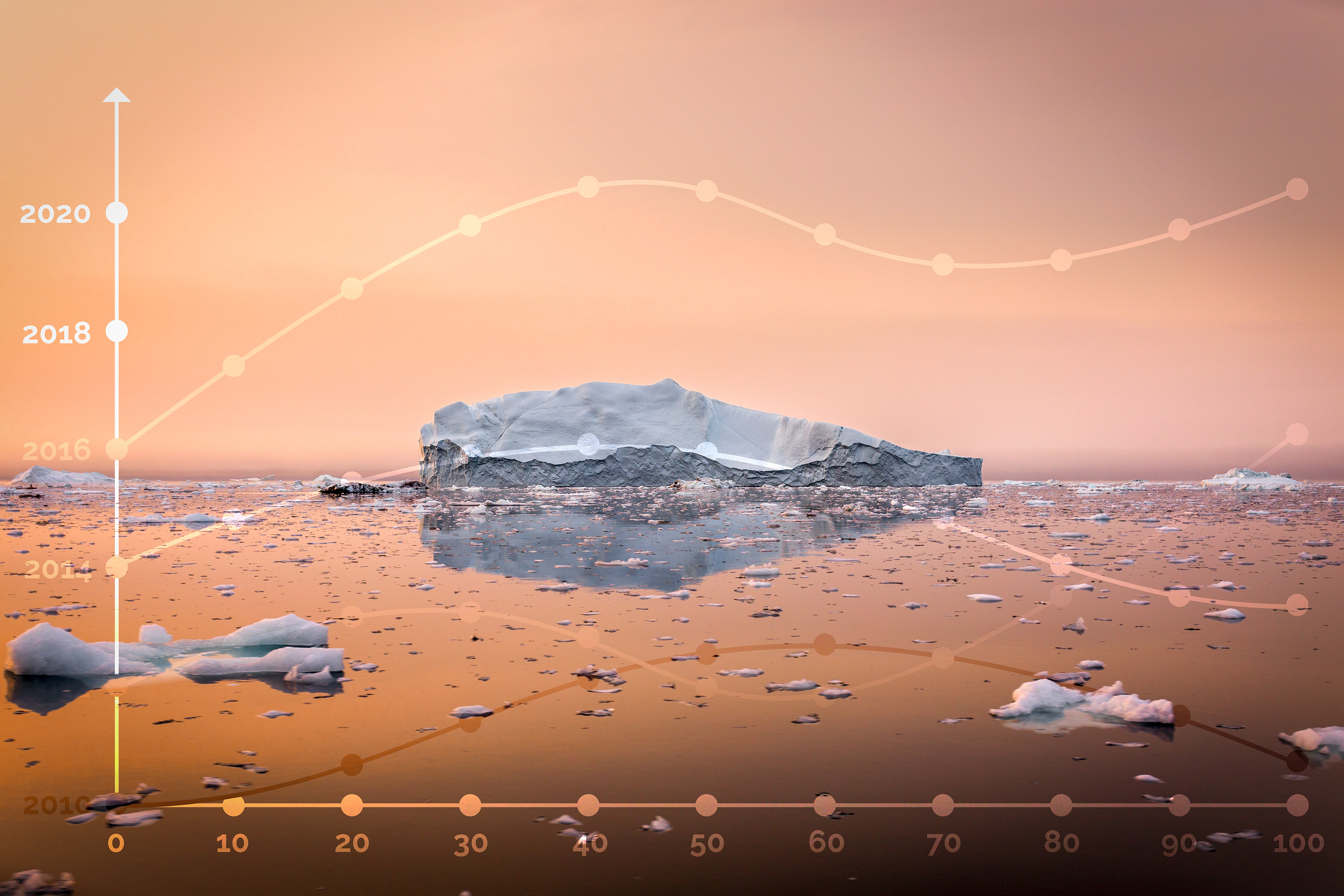 Note: This is the final article in a four-part interview series featuring the work of the 27 MIT Climate Grand Challenges finalist teams, which received a total of $2.7 million in startup funding to advance their projects. This month, the Institute will name a subset of the finalists as multiyear flagship projects.

Advances in computation, artificial intelligence, robotics, and data science are enabling a new generation of observational tools and scientific modeling with the potential to produce timely, reliable, and quantitative analysis of future climate risks at a local scale. These projections can increase the accuracy and efficacy of early warning systems, improve emergency planning, and provide actionable information for climate mitigation and adaptation efforts, as human actions continue to change planetary conditions.

In conversations prepared for MIT News, faculty from four Climate Grand Challenges teams with projects in the competition’s “Using data and science to forecast climate-related risk” category describe the promising new technologies that can help scientists understand the Earth’s climate system on a finer scale than ever before. (The other Climate Grand Challenges research themes include building equity and fairness into climate solutions, removing, managing, and storing greenhouse gases, and decarbonizing complex industries and processes.) The following responses have been edited for length and clarity.

An observational system that can initiate a climate risk forecasting revolution

Q: How does SACOS reduce uncertainty in climate risk forecasting?

A: There is a critical need for higher spatial and temporal resolution observations of the climate system than are currently available through remote (satellite or airborne) and surface (in-situ) sensing. We are developing an ensemble of high-endurance, solar-powered aircraft with instrument systems capable of performing months-long climate observing missions that satellites or aircraft alone cannot fulfill. Summer months are ideal for SACOS operations, as many key climate phenomena are active and short night periods reduce the battery mass, vehicle size, and technical risks. These observations hold the potential to inform and predict, allowing emergency planners, policymakers, and the rest of society to better prepare for the changes to come.

Q: Describe the types of observing missions where SACOS could provide critical improvements.

A: The demise of the Antarctic Ice Sheet, which is leading to rising sea levels around the world and threatening the displacement of millions of people, is one example. Current sea level forecasts struggle to account for giant fissures that create massive icebergs and cause the Antarctic Ice Sheet to flow more rapidly into the ocean. SACOS can track these fissures to accurately forecast ice slippage and give impacted populations enough time to prepare or evacuate. Elsewhere, widespread droughts cause rampant wildfires and water shortages. SACOS has the ability to monitor soil moisture and humidity in critically dry regions to identify where and when wildfires and droughts are imminent. SACOS also offers the most effective method to measure, track, and predict local ozone depletion over North America, which has resulted in increasingly severe summer thunderstorms.

Quantifying and managing the risks of sea-level rise

Prevailing estimates of sea-level rise range from approximately 20 centimeters to 2 meters by the end of the century, with the associated costs on the order of trillions of dollars. The instability of certain portions of the world’s ice sheets creates vast uncertainties, complicating how the world prepares for and responds to these potential changes. EAPS Professor Brent Minchew is leading another Climate Grand Challenges finalist team working on an integrated, multidisciplinary effort to improve the scientific understanding of sea-level rise and provide actionable information and tools to manage the risks it poses.

Q: What have been the most significant challenges to understanding the potential rates of sea-level rise?

A: West Antarctica is one of the most remote, inaccessible, and hostile places on Earth — to people and equipment. Thus, opportunities to observe the collapse of the West Antarctic Ice Sheet, which contains enough ice to raise global sea levels by about 3 meters, are limited and current observations crudely resolved. It is essential that we understand how the floating edge of the ice sheets, often called ice shelves, fracture and collapse because they provide critical forces that govern the rate of ice mass loss and can stabilize the West Antarctic Ice Sheet.

Q: How will your project advance what is currently known about sea-level rise?

A: We aim to advance global-scale projections of sea-level rise through novel observational technologies and computational models of ice sheet change and to link those predictions to region- to neighborhood-scale estimates of costs and adaptation strategies. To do this, we propose two novel instruments: a first-of-its-kind drone that can fly for months at a time over Antarctica making continuous observations of critical areas and an airdropped seismometer and GPS bundle that can be deployed to vulnerable and hard-to-reach areas of the ice sheet. This technology will provide greater data quality and density and will observe the ice sheet at frequencies that are currently inaccessible — elements that are essential for understanding the physics governing the evolution of the ice sheet and sea-level rise.

Changing flood risk for coastal communities in the developing world

Globally, more than 600 million people live in low-elevation coastal areas that face an increasing risk of flooding from sea-level rise. This includes two-thirds of cities with populations of more than 5 million and regions that conduct the vast majority of global trade. Dara Entekhabi, the Bacardi and Stockholm Water Foundations Professor in the Department of Civil and Environmental Engineering and professor in the Department of Earth, Atmospheric, and Planetary Sciences, outlines an interdisciplinary partnership that leverages data and technology to guide short-term and chart long-term adaptation pathways with Miho Mazereeuw, associate professor of architecture and urbanism and director of the Urban Risk Lab in the School of Architecture and Planning, and Danielle Wood, assistant professor in the Program in Media Arts and Sciences and the Department of Aeronautics and Astronautics.

Q: What is the key problem this program seeks to address?

A: The accumulated heating of the Earth system due to fossil burning is largely absorbed by the oceans, and the stored heat expands the ocean volume leading to increased base height for tides. When the high tides inundate a city, the condition is referred to as “sunny day” flooding, but the saline waters corrode infrastructure and wreak havoc on daily routines. The danger ahead for many coastal cities in the developing world is the combination of increasing high tide intrusions, coupled with heavy precipitation storm events.

Q: How will your proposed solutions impact flood risk management?

A: We are producing detailed risk maps for coastal cities in developing countries using newly available, very high-resolution remote-sensing data from space-borne instruments, as well as historical tides records and regional storm characteristics. Using these datasets, we aim to produce street-by-street risk maps that provide local decision-makers and stakeholders with a way to estimate present and future flood risks. With the model of future tides and probabilistic precipitation events, we can forecast future inundation by a flooding event, decadal changes with various climate-change and sea-level rise projections, and an increase in the likelihood of sunny-day flooding. Working closely with local partners, we will develop toolkits to explore short-term emergency response, as well as long-term mitigation and adaptation techniques in six pilot locations in South and Southeast Asia, Africa, and South America.

On average, every person on Earth generates fossil fuel emissions equivalent to an 8-pound bag of carbon, every day. Much of this is absorbed by the ocean, but there is wide variability in the estimates of oceanic absorption, which translates into differences of trillions of dollars in the required cost of mitigation. In the Department of Earth, Atmospheric and Planetary Sciences, Christopher Hill, a principal research engineer specializing in Earth and planetary computational science, works with Ryan Woosley, a principal research scientist focusing on the carbon cycle and ocean acidification. Hill explains that they hope to use artificial intelligence and machine learning to help resolve this uncertainty.

Q: What is the current state of knowledge on air-sea interactions?

Q: How will your approach accelerate real-time, autonomous surface ocean observing from an experimental research endeavor to a permanent and impactful solution?

A: Our project seeks to demonstrate how a scalable surface ocean observing network can be launched and operated, and to illustrate how this can reduce uncertainties in estimates of air-sea carbon dioxide exchange. With an initial high-impact goal of substantially eliminating the vast uncertainties that plague our understanding of ocean uptake of carbon dioxide, we will gather critical measurements for improving extended weather and climate forecast models and reducing climate impact uncertainty. The results have the potential to more accurately identify trillions of dollars worth of economic activity.