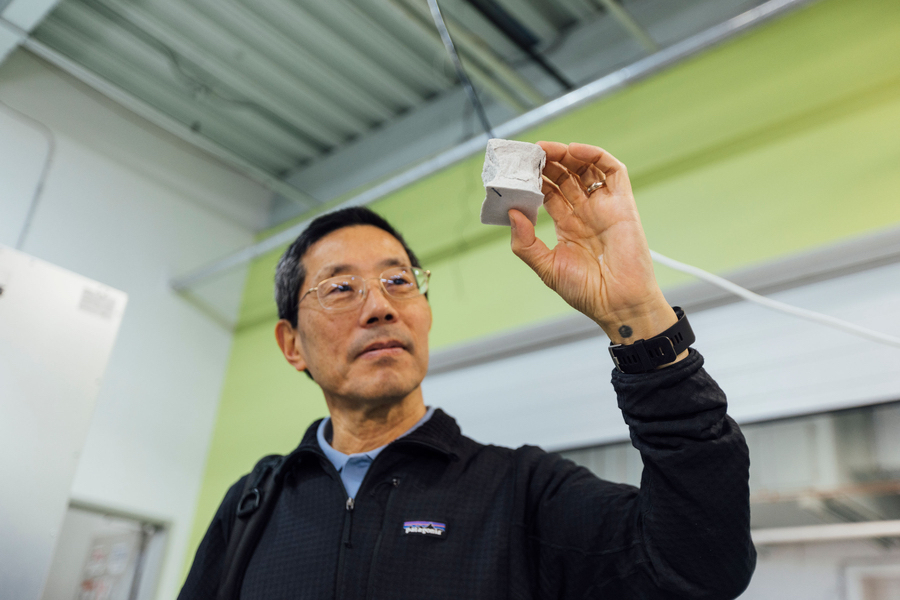 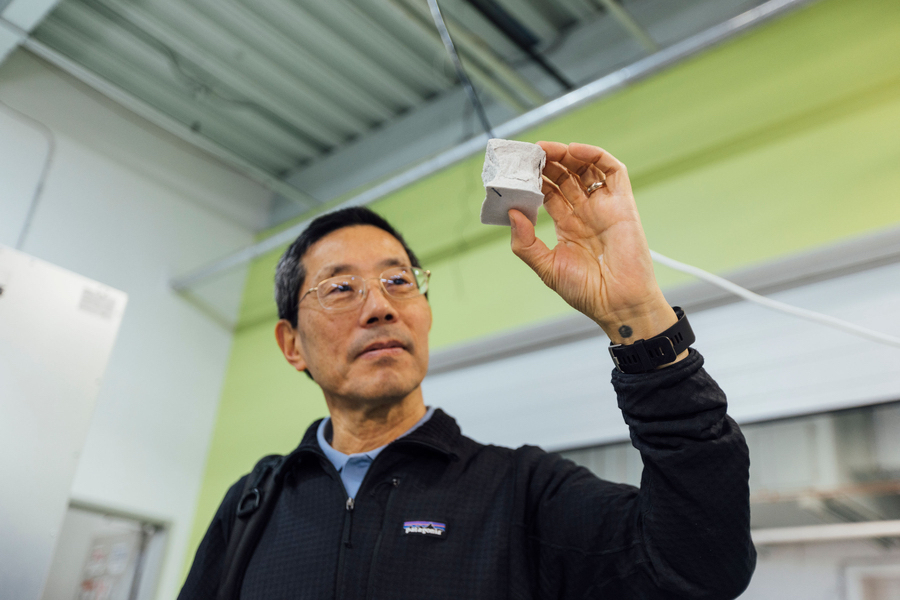 On April 11, 2022, MIT announced five multiyear flagship projects in the first-ever Climate Grand Challenges, a new initiative to tackle complex climate problems and deliver breakthrough solutions to the world as quickly as possible. This is the second article in a five-part series highlighting the most promising concepts to emerge from the competition, and the interdisciplinary research teams behind them.

One of the biggest leaps that humankind could take to drastically lower greenhouse gas emissions globally would be the complete decarbonization of industry. But without finding low-cost, environmentally friendly substitutes for industrial materials, the traditional production of steel, cement, ammonia, and ethylene will continue pumping out billions of tons of carbon annually; these sectors alone are responsible for at least one third of society’s global greenhouse gas emissions.

A major problem is that industrial manufacturers, whose success depends on reliable, cost-efficient, and large-scale production methods, are too heavily invested in processes that have historically been powered by fossil fuels to quickly switch to new alternatives. It’s a machine that kicked on more than 100 years ago, and which MIT electrochemical engineer Yet-Ming Chiang says we can’t shut off without major disruptions to the world’s massive supply chain of these materials. What’s needed, Chiang says, is a broader, collaborative clean energy effort that takes “targeted fundamental research, all the way through to pilot demonstrations that greatly lowers the risk for adoption of new technology by industry.”

This would be a new approach to decarbonization of industrial materials production that relies on largely unexplored but cleaner electrochemical processes. New production methods could be optimized and integrated into the industrial machine to make it run on low-cost, renewable electricity in place of fossil fuels.

Recognizing this, Chiang, the Kyocera Professor in the Department of Materials Science and Engineering, teamed with research collaborator Bilge Yildiz, the Breene M. Kerr Professor of Nuclear Science and Engineering and professor of materials science and engineering, with key input from Karthish Manthiram, visiting professor in the Department of Chemical Engineering, to submit a project proposal to the MIT Climate Grand Challenges. Their plan: to create an innovation hub on campus that would bring together MIT researchers individually investigating decarbonization of steel, cement, ammonia, and ethylene under one roof, combining research equipment and directly collaborating on new methods to produce these four key materials.

Many researchers across MIT have already signed on to join the effort, including Antoine Allanore, associate professor of metallurgy, who specializes in the development of sustainable materials and manufacturing processes, and Elsa Olivetti, the Esther and Harold E. Edgerton Associate Professor in the Department of Materials Science and Engineering, who is an expert in materials economics and sustainability. Other MIT faculty currently involved include Fikile Brushett, Betar Gallant, Ahmed Ghoniem, William Green, Jeffrey Grossman, Ju Li, Yuriy Román-Leshkov, Yang Shao-Horn, Robert Stoner, Yogesh Surendranath, Timothy Swager, and Kripa Varanasi.

“The team we brought together has the expertise needed to tackle these challenges, including electrochemistry — using electricity to decarbonize these chemical processes — and materials science and engineering, process design and scale-up technoeconomic analysis, and system integration, which is all needed for this to go out from our labs to the field,” says Yildiz.

Selected from a field of more than 100 proposals, their Center for Electrification and Decarbonization of Industry (CEDI) will be the first such institute worldwide dedicated to testing and scaling the most innovative and promising technologies in sustainable chemicals and materials. CEDI will work to facilitate rapid translation of lab discoveries into affordable, scalable industry solutions, with potential to offset as much as 15 percent of greenhouse gas emissions. The team estimates that some CEDI projects already underway could be commercialized within three years.

“The real timeline is as soon as possible,” says Chiang.

To achieve CEDI’s ambitious goals, a physical location is key, staffed with permanent faculty, as well as undergraduates, graduate students, and postdocs. Yildiz says the center’s success will depend on engaging student researchers to carry forward with research addressing the biggest ongoing challenges to decarbonization of industry.

“We are training young scientists, students, on the learned urgency of the problem,” says Yildiz. “We empower them with the skills needed, and even if an individual project does not find the implementation in the field right away, at least, we would have trained the next generation that will continue to go after them in the field.”

Chiang’s background in electrochemistry showed him how the efficiency of cement production could benefit from adopting clean electricity sources, and Yildiz’s work on ethylene, the source of plastic and one of industry’s most valued chemicals, has revealed overlooked cost benefits to switching to electrochemical processes with less expensive starting materials. With industry partners, they hope to continue these lines of fundamental research along with Allanore, who is focused on electrifying steel production, and Manthiram, who is developing new processes for ammonia. Olivetti will focus on understanding risks and barriers to implementation. This multilateral approach aims to speed up the timeline to industry adoption of new technologies at the scale needed for global impact.

“One of the points of emphasis in this whole center is going to be applying technoeconomic analysis of what it takes to be successful at a technical and economic level, as early in the process as possible,” says Chiang.

The impact of large-scale industry adoption of clean energy sources in these four key areas that CEDI plans to target first would be profound, as these sectors are currently responsible for 7.5 billion tons of emissions annually. There is the potential for even greater impact on emissions as new knowledge is applied to other industrial products beyond the initial four targets of steel, cement, ammonia, and ethylene. Meanwhile, the center will stand as a hub to attract new industry, government stakeholders, and research partners to collaborate on urgently needed solutions, both newly arising and long overdue.

When Chiang and Yildiz first met to discuss ideas for MIT Climate Grand Challenges, they decided they wanted to build a climate research center that functioned unlike any other to help pivot large industry toward decarbonization. Beyond considering how new solutions will impact industry’s bottom line, CEDI will also investigate unique synergies that could arise from the electrification of industry, like processes that would create new byproducts that could be the feedstock to other industry processes, reducing waste and increasing efficiencies in the larger system. And because industry is so good at scaling, those added benefits would be widespread, finally replacing century-old technologies with critical updates designed to improve production and markedly reduce industry’s carbon footprint sooner rather than later.