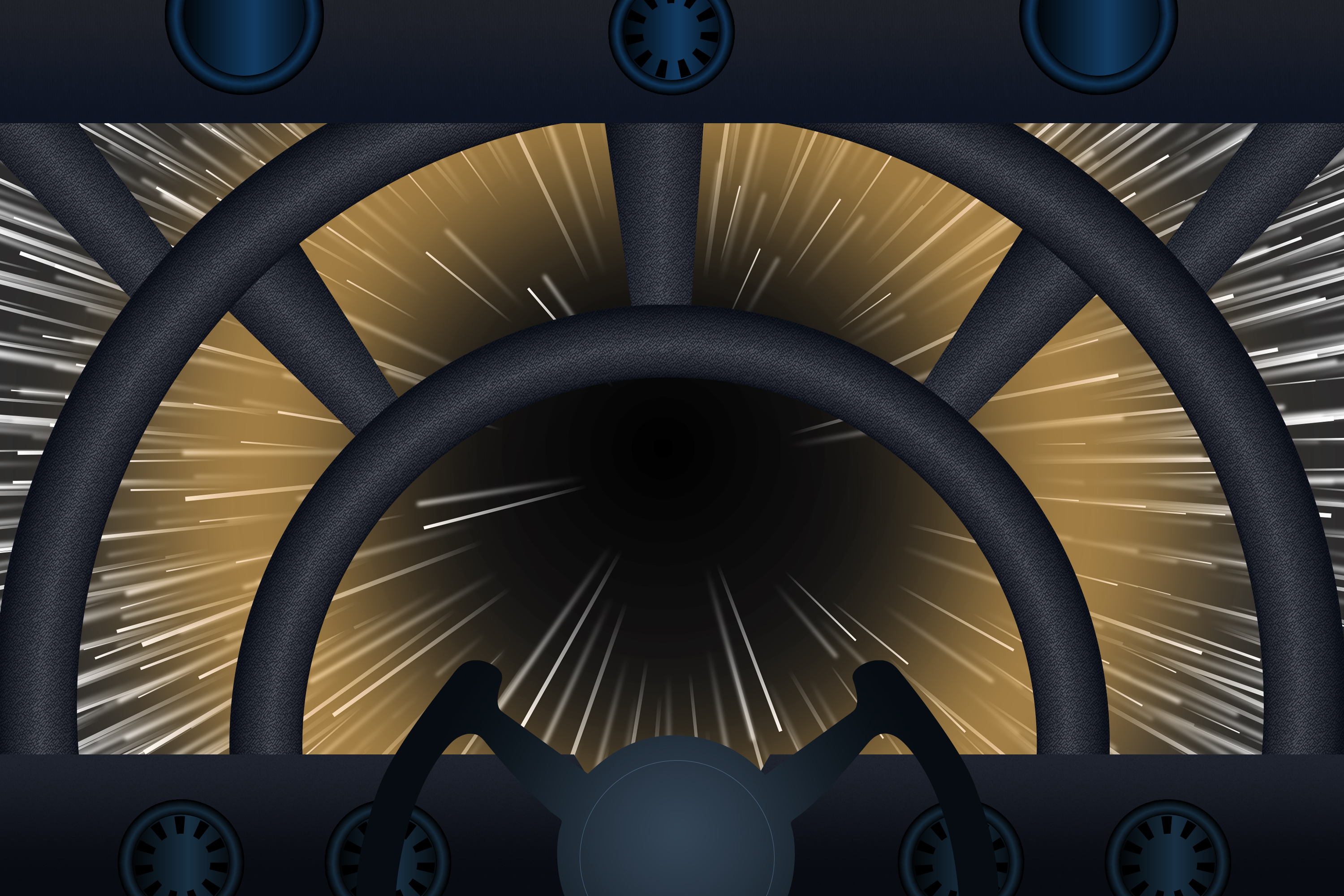 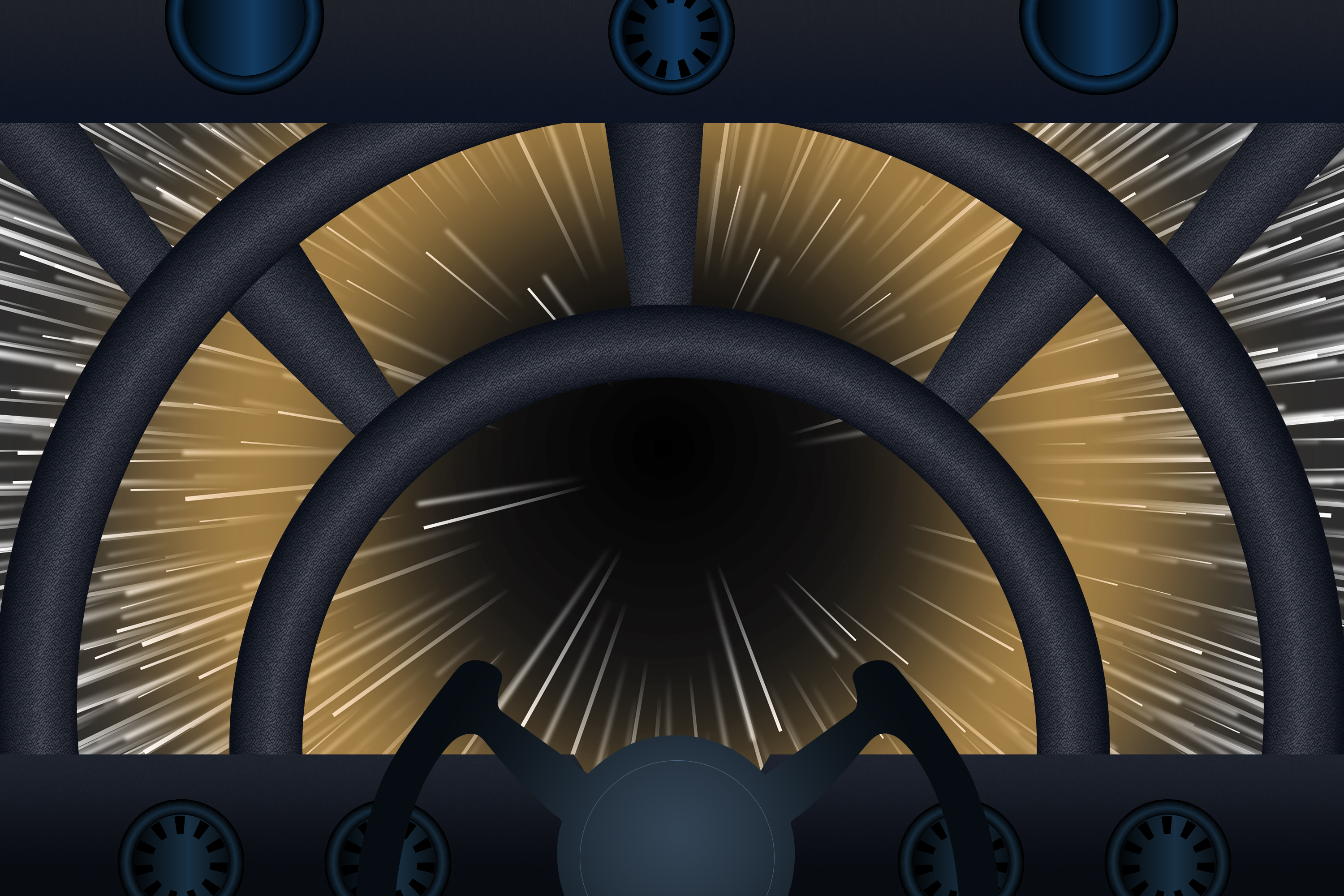 For “Star Wars” fans, the streaking stars seen from the cockpit of the Millennium Falcon as it jumps to hyperspace is a canonical image. But what would a pilot actually see if she could accelerate in an instant through the vacuum of space? According to a prediction known as the Unruh effect, she would more likely see a warm glow.

Since the 1970s when it was first proposed, the Unruh effect has eluded detection, mainly because the probability of seeing the effect is infinitesimally small, requiring either enormous accelerations or vast amounts of observation time. But researchers at MIT and the University of Waterloo believe they have found a way to significantly increase the probability of observing the Unruh effect, which they detail in a study appearing today in Physical Review Letters.

Rather than observe the effect spontaneously as others have attempted in the past, the team proposes stimulating the phenomenon, in a very particular way that enhances the Unruh effect while suppressing other competing effects. The researchers liken their idea to throwing an invisibility cloak over other conventional phenomena, which should then reveal the much less obvious Unruh effect.

If it can be realized in a practical experiment, this new stimulated approach, with an added layer of invisibility (or “acceleration-induced transparency,” as described in the paper) could vastly increase the probability of observing the Unruh effect. Instead of waiting longer than the age of the universe for an accelerating particle to produce a warm glow as the Unruh effect predicts, the team’s approach would shave that wait time down to a few hours.

“Now at least we know there is a chance in our lifetimes where we might actually see this effect,” says study co-author Vivishek Sudhir, assistant professor of mechanical engineering at MIT, who is designing an experiment to catch the effect based on the group’s theory. “It’s a hard experiment, and there’s no guarantee that we’d be able to do it, but this idea is our nearest hope.”

The study’s co-authors also include Barbara Šoda and Achim Kempf of the University of Waterloo.

The Unruh effect is also known as the Fulling-Davies-Unruh effect, after the three physicists who initially proposed it. The prediction states that a body that is accelerating through a vacuum should in fact feel the presence of warm radiation purely as an effect of the body’s acceleration. This effect has to do with quantum interactions between accelerated matter and quantum fluctuations within the vacuum of empty space.

What, then, would be the point? For one, he says that observing the Unruh effect would be a validation of fundamental quantum interactions between matter and light. And for another, the detection could represent a mirror of the Hawking effect — a proposal by the physicist Stephen Hawking that predicts a similar thermal glow, or “Hawking radiation,” from light and matter interactions in an extreme gravitational field, such as around a black hole.

“There’s a close connection between the Hawking effect and the Unruh effect — they’re exactly the complementary effect of each other,” says Sudhir, who adds that if one were to observe the Unruh effect, “one would have observed a mechanism that is common to both effects.”

The Unruh effect is predicted to occur spontaneously in a vacuum. According to quantum field theory, a vacuum is not simply empty space, but rather a field of restless quantum fluctuations, with each frequency band measuring about the size of half a photon. Unruh predicted that a body accelerating through a vacuum should amplify these fluctuations, in a way that produces a warm, thermal glow of particles.

In their study, the researchers introduced a new approach to increase the probability of the Unruh effect, by adding light to the entire scenario — an approach known as stimulation.

“When you add photons into the field, you’re adding ‘n’ times more of those fluctuations than this half a photon that’s in the vacuum,” Sudhir explains. “So, if you accelerate through this new state of the field, you’d expect to see effects that also scale ‘n’ times what you would see from just the vacuum alone.”

However, in addition to the quantum Unruh effect, the additional photons would also amplify other effects in the vacuum — a major drawback that has kept other hunters of the Unruh effect from taking the stimulation approach.

Šoda, Sudhir, and Kempf, however, found a work-around, through “acceleration-induced transparency,” a concept they introduce in the paper. They showed theoretically that if a body such as an atom could be made to accelerate with a very specific trajectory through a field of photons, the atom would interact with the field in such a way that photons of a certain frequency would essentially appear invisible to the atom.

“When we stimulate the Unruh effect, at the same time we also stimulate the conventional, or resonant, effects, but we show that by engineering the trajectory of the particle, we can essentially turn off those effects,” Šoda says.

By making all other effects transparent, the researchers could then have a better chance of measuring the photons, or the thermal radiation coming from only the Unruh effect, as the physicists predicted.

The researchers already have some ideas for how to design an experiment based on their hypothesis. They plan to build a laboratory-sized particle accelerator capable of accelerating an electron to close to the speed of light, which they would then stimulate using a laser beam at microwave wavelengths. They are looking for ways to engineer the electron’s path to suppress classical effects, while amplifying the elusive Unruh effect.

“Now we have this mechanism that seems to statistically amplify this effect via stimulation,” Sudhir says. “Given the 40-year history of this problem, we’ve now in theory fixed the biggest bottleneck.”